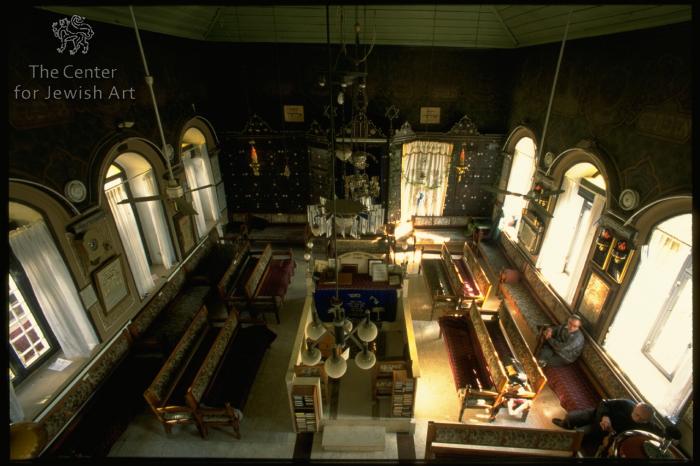 The interior is a rectangular open space.

The Torah ark runs along the eastern wall facing the entrance, while the teivah is placed in the middle of the hall. They are all set in a central axis (entrance- teivah- Torah ark).

A wooden screen serving as the ark's façade is fixed in front of three original arched niches; A central large niche flanked by two side smaller niches.

A rectangular gallery runs along the west wall, above the entrance, facing theArk.

The wooden ceiling is trapezoidal and bears a rectangular vault in its center.

The sitting arrangement in the synagogue is around the walls (including the eastern wall), facing the teivah.

The Nahlat Zion neighborhood was one of the first Jewish neighborhoods built outside the old city. It was established by Albert Antebi in 1893 and was intended for poor workers and artists. Nahlat Zion became to be one of the main neighborhoods of the Aleppo community although other communities such as Kurdish and Urfa, and Jerusalemite Sephardi, also lived there. 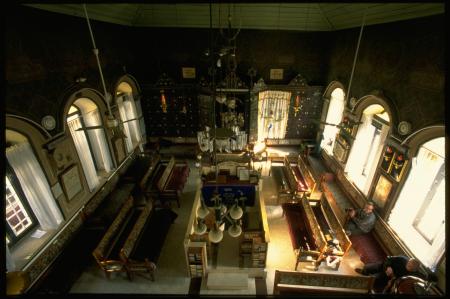 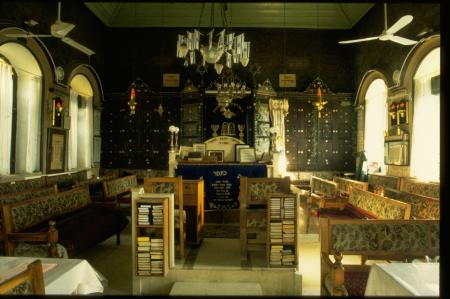 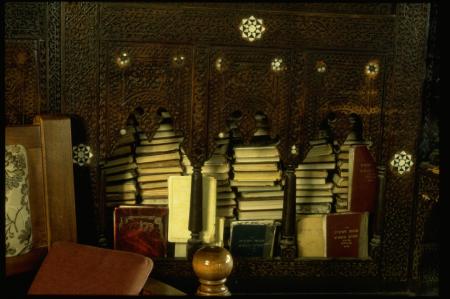 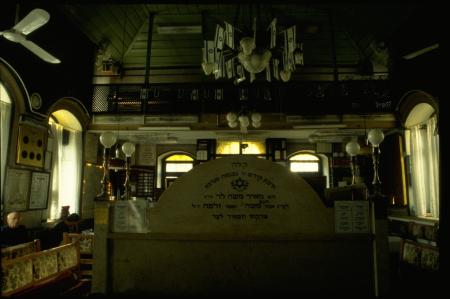 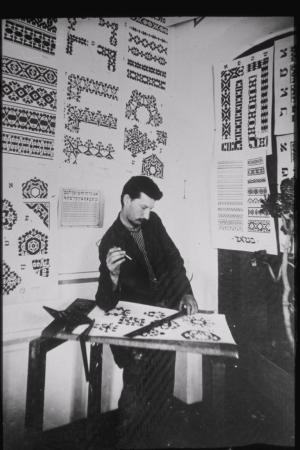 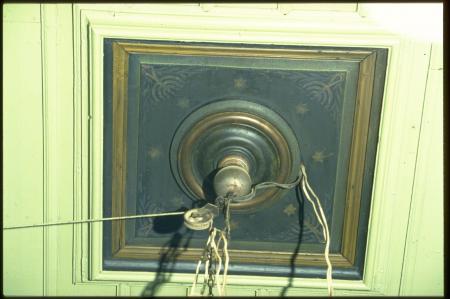 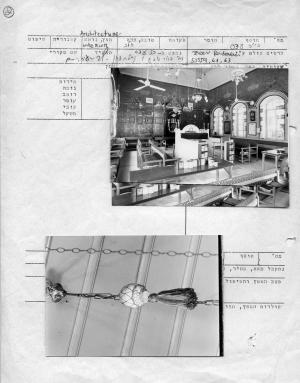 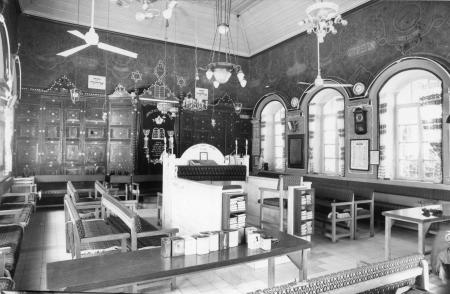 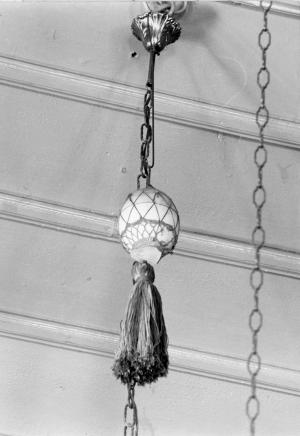 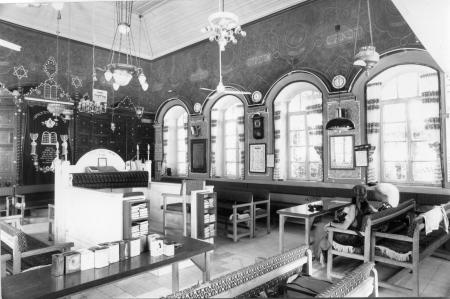 The synagogue’s walls and ceiling are covered with wall paintings, comprising the signs of the Tribes of Israel – at the upper register of the northern, eastern and western walls, read counter clockwise, around the synagogue, from the south - western corner.

The Zodiac signs are set between the windows at the northern and western walls.

The Seven species are flanking the Tribes.

The motifs are set against a carpet like background, composed of Stars of David, seven branched Menorahs, branches and flowers.

Biblical citations written in a Bezalel stylised Hebrew characters, are inscribed around the walls, at their upper part.

A central framed square on the ceiling is painted with stars set against a blue sky, while flowering scrolls runs along the wooden beams above the prayer hall and in the women’s gallery. A grey paint covers today the scrolls and only traces are apparent.

The four Mishnaic animals – no traces of these animals are apparent, though the elders of the synagogue testify that such animals were depicted on the gallery’s ceiling.