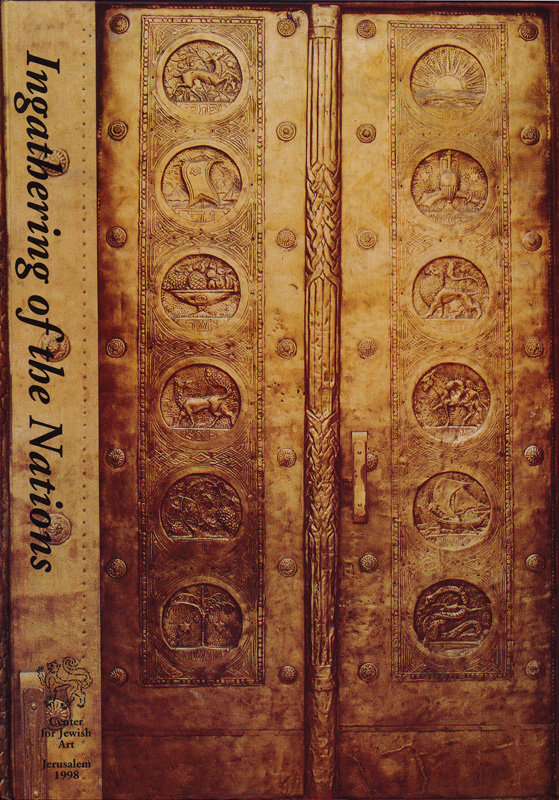 Ingathering of the Nations
Treasures of Jewish Art: Documenting an Endangered Legacy
by Ariella Amar and Ruth Jacoby

This handsome publication, dedicated to the 50th Anniversary of the State of Israel, is a sampling of remarkable finds from 10 countries showing the variety and beauty of the Jewish artistic tradition. The photographs are supplemented by a general introduction by Prof. Bezalel Narkiss, an introduction to each country, and condensed descriptions of each object with the preliminary results of research.

Of special interest are the photos of Jewish art and architecture taken in Eastern Europe, Asia and North Africa. The endangered Jewish communities in these regions have undergone massive upheavals in the 20th century and, often, the Center's documentation is the last witness that Jews once thrived there. 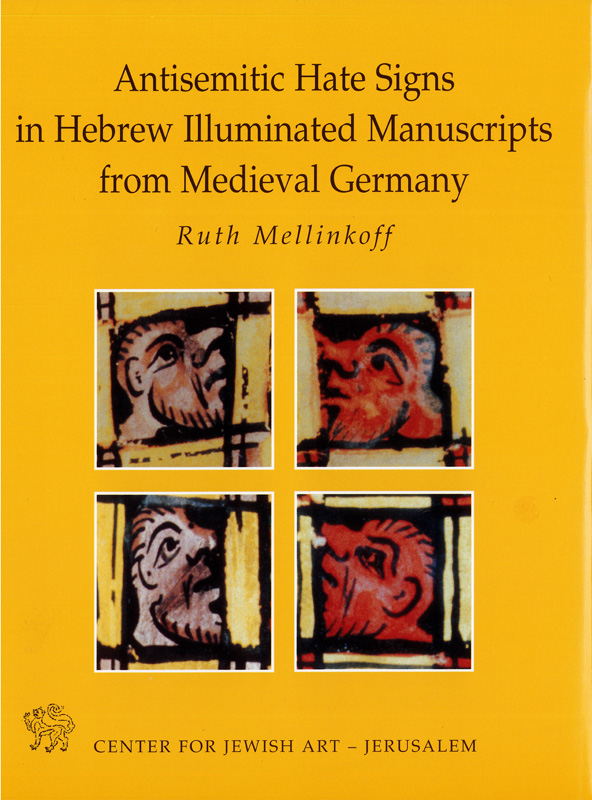 In this provocative book Dr. Ruth Mellinkoff suggests that although manuscripts were executed under the supervision of Jewish scribes for Jewish patrons, the art work was carried out by Christian artists, who inserted signs of their loathing of Jews. Antisemitism was so ingrained in the cultural givings of the period, that neither scribes nor patrons saw them for the hate signs which in fact they were. Dr. Mellinkoff is renowned as one of the few scholars who prove that the unusual is commonplace in artistic representations. Afghanistan: The Synagogue and the Jewish Home
edited by Zohar Hanegbi and Bracha Yaniv

A fascinating and colorful tribute to the unique and little-known Jewish community from Afghanistan. This handsome book includes explanatory and historical material in both English and Hebrew, as well as documentation of 76 items.

Collector's Edition: Add to your library one of the exclusive volumes of the 500 cloth-bound and numbered copies with a special colophon for collectors and supporters of this book ($60.00). 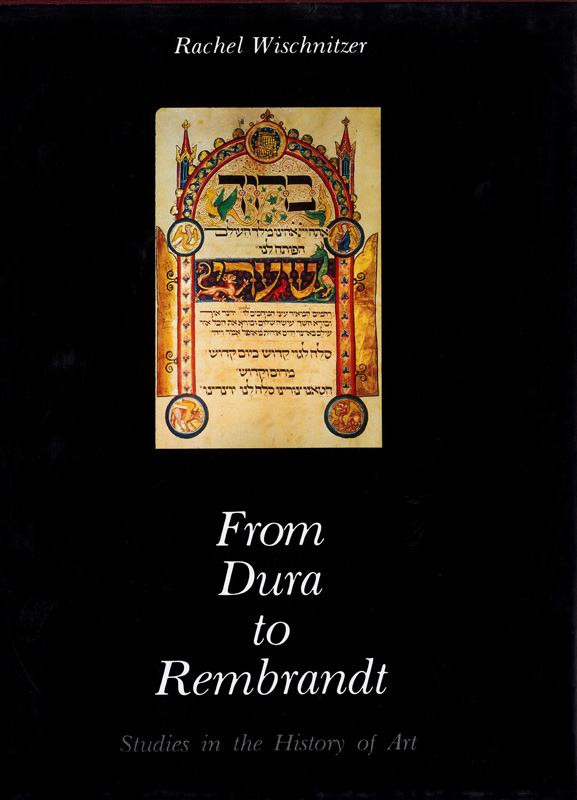 From Dura to Rembrandt: Studies in the History of Art
by Rachel Wischnitzer

This compilation of 19 articles by the doyenne of historians of Jewish Art celebrates her life and work. Included also is the life story of Rachel Wischnitzer as told by Professor Bezalel Narkiss and a full bibliography of her writing by Professor Rochelle Weinstein. 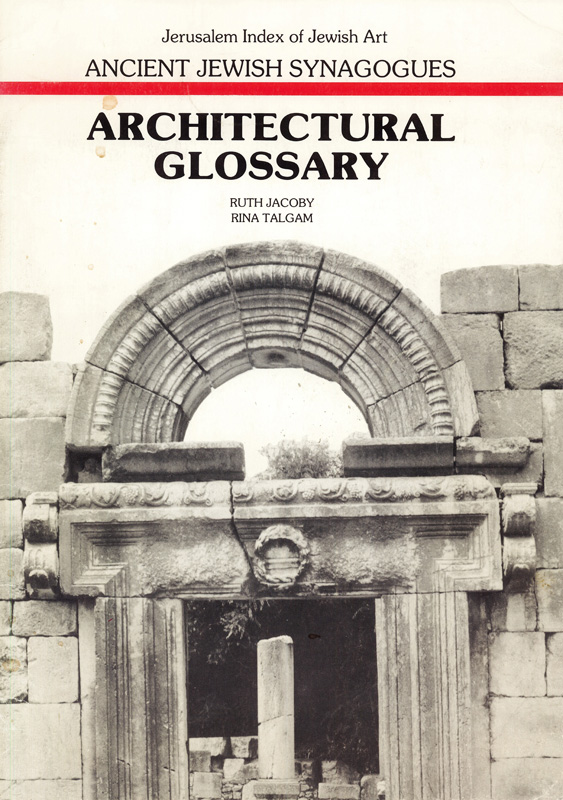 This convenient research tool provides terminology for the researcher of ancient architecture and specifically the synagogues of Israel. The booklet is divided into four sections: Illustrated Architectural Glossary, Architectural Terms, Glossary of Techniques and an Illustrated List of Decorative Terms. Hebrew Inscriptions and Their Translations
by Bracha Yaniv, Zohar Hanegbi and Shalom Sabar

A compilation of suggested English translations of Hebrew inscriptions found on ceremonial objects worldwide. Its contents include entries under the following headings: Term of Divinity, Verses and Sayings, Synagogues and Ceremonial Objects, Cycle of the Year, Life Cycle and the Community. 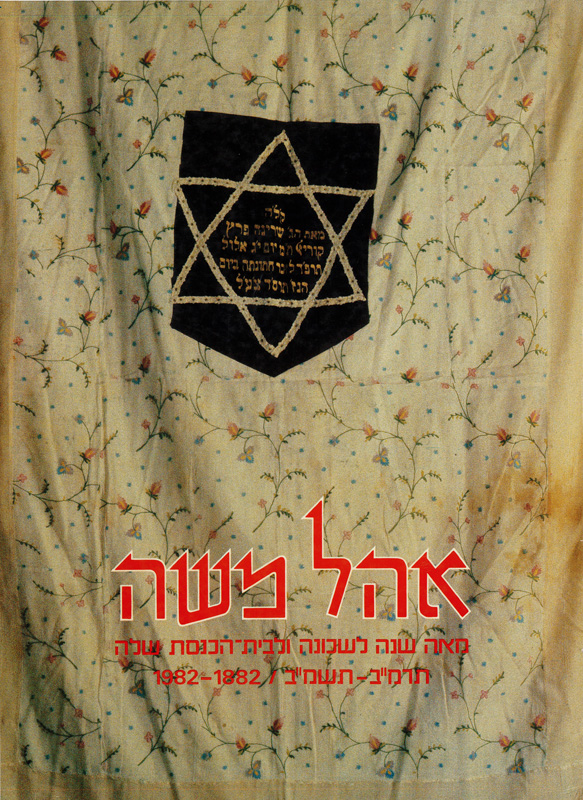 Jerusalem, 1984, In Hebrew. Published in cooperation with Misgav Yerushalayim
94 pages, 130 illustrations, 3 in color

This volume was published in celebration of the centennial of the Sephardi neighborhood and its synagogue built outside the city walls of Jerusalem in commemoration of Sir Moses Montefiore. The first part of the book tells the history of the neighborhood with plans and reproductions of many documents; the second part describes the synagogue and a depiction of the ritual objects foun within. 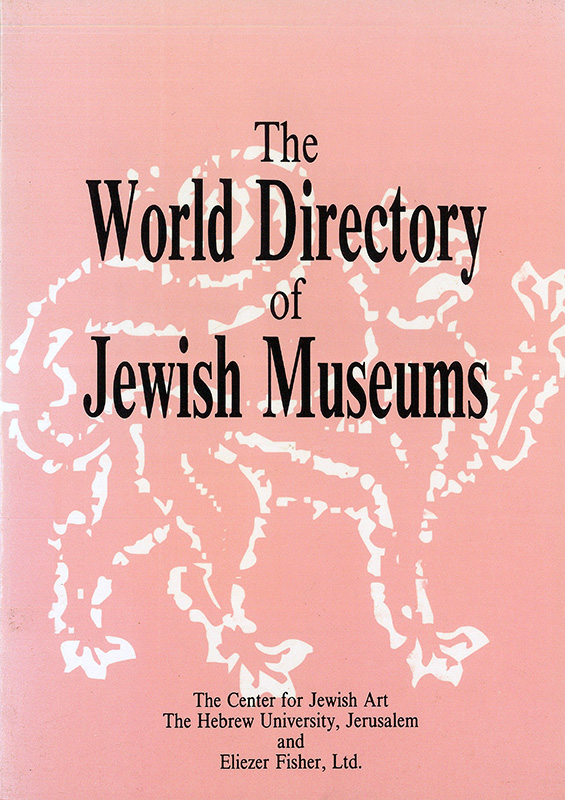 The World Directory of Jewish Museums

This handy guide was compiled by the Center for Jewish Art researchers as they traveled worldwide to document Jewish art. With 188 entries from 37 countries, it is the most complete listing to date, including little-known collections in the former USSR and Eastern Europe, as well as numerous museums in Western Europe and North America. Wherever possible, telephone and fax numbers, contact people and information pertaining to the collections and museum activities are provided. This publication is a compilation of the lectures delivered at the twenty-seventh annual Passover Conference of the Society for Jewish Art held in 1995. The conference sought to examine different aspects of the artistic encounter and the mutual influences between the visual cultures of the Jewish and the Arab peoples from the Middle Ages until the present. The lectures are fully noted and have accompanying photos.

A Pictorial Series of Treasures in the Commonwealth of Independent States.

These books, rich with beautiful illustrations, are accompanied by the text in English and Russian written by leading art historians in the former Soviet Union. The first seven of a projected series of fifteen volumes have been published and are available through the CJA. 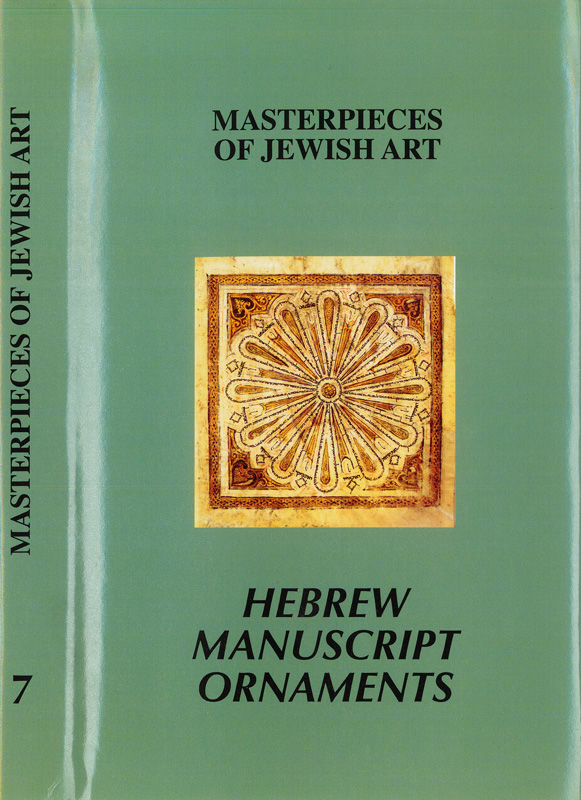 Hebrew Manuscript Ornaments
by O. Vasilieva, B. Zaikovsky and A. Kantsedikas

This volume presents one of finest collections of Hebrew illuminated manuscripts, which is held in the Russian National Library in St. Petersburg. This is the first time that the majority of manuscripts from this important collection has been photographically reproduced. The book also includes a history of the collection by Olga Vasilieva, a foreword by Baron David Ginzburg on his album "L'ornament hebreu," published in 1905, and a translation of an article, "On Jewish Art," by Vladimir Stasov first published in 1872 The Jewish Artistic Heritage Album by Semyon An-sky
by A. Kantsedikas and I. Sergeyeva

This volume acquaints the reader with the unique Jewish Artistic Heritage Album, which was prepared for publication by known Jewish writer, ethnographer and public figure Semyon (Shloyme) An-sky in 1918. The vicissitudes of the Rus­sian Revolution prevented the publication from materializing and now, more than eighty years later, the reader has a chance to see the remarkable works of Jewish craftsmen and artists of past centuries collected in this album. Jewish Tombstones in Ukraine and Moldova
by D. Goberman Artists from Vitebsk
by G. Kasovsky CDs/DVD Presentations produced under the guidance of Prof. Cohen-Mushlin A. with the participation of Dr. Kravtsov S., Mr. Ceresnjes I., Mrs. Arshavsky Z., Dr. Vladimir L. and Mr. Hemed G. (from 1998):