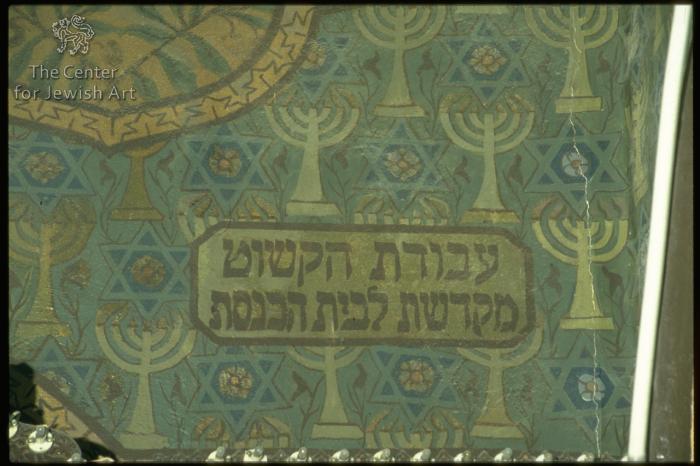 The synagogue’s walls and ceiling are covered with wall paintings, comprising the signs of the Tribes of Israel (Jacob's Sons) enclosed within medallions and depicted  at the upper register of the northern, eastern and western walls, read counter clockwise, around the synagogue, from the south - western corner. See

Pairs of Zodiac signs appear at the bottom part of the painting at the northern and southern walls, between the signs of tribes. They start with the signs of Lamb and Bull between Reuben and Simeon and end with the signs of Bucket and Fish between Joseph and Benjamin.

The Seven Species are interlaced between the signs of the tribes and flank them.

The motifs are set against a carpet like background, composed of Stars of David, seven branched Menorahs, branches and flowers.

Biblical citations written in a Bezalel stylised Hebrew characters are inscribed around the walls, at their upper part and read: “Even them will I bring to my holy mountain and make them joyful in my house of prayer for mine house shall be called an house of prayer for all people” (Isa. 56:7).

A dedicatory inscription appears at the eastern wall:
At the right side: “The decoration work / is dedicated to the synagogue”.
At the left: “From the artist Yaacov Sztarck/ Bezalel, The holy city Jerusalem, May it be built and established speedily in our time, Amen.”
The date appears below the dedication within two Stars of David.
At the left: “The month of Heshvan” at the right: “The year (5)673 (October-November, 1912).”

A central framed square on the ceiling is painted with stars set against a blue sky, while flowering scrolls runs along the wooden beams above the prayer hall and in the women’s gallery. A grey paint covers today the scrolls and only traces are apparent.

The mural depicting the signs of the twelve sons of Jacob is composed of twelve units, each containing a sign enclosed within a medallion set above an elongated cartouche with a triple pointed edge and the identification of the son (in Hebrew). Most of the signs are derived from Jacob’s blessing (Gen. 49:1-27), while others are based on varying biblical sources.

The signs are read clockwise, starting in the southern wall to the northern wall, depicted on three walls; four signs on each wall, starting with the eldest of Jacob’s sons Reuben.

The signs of Jacob's Sons are surrounded by depictions of the Seven Species (Deut. 8:8). Between each pair of tribes two zodiac signs are depicted. 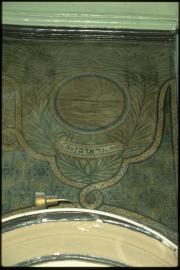 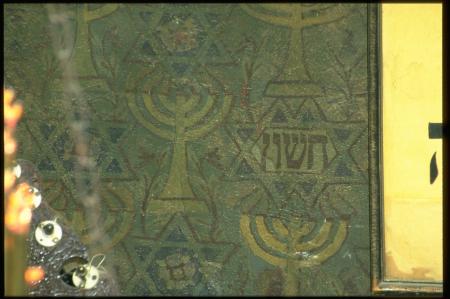 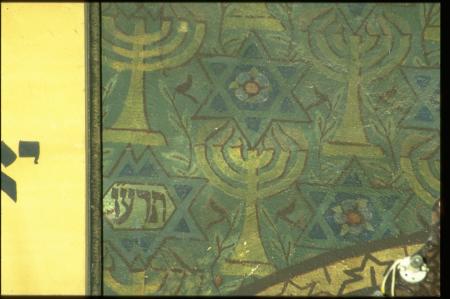 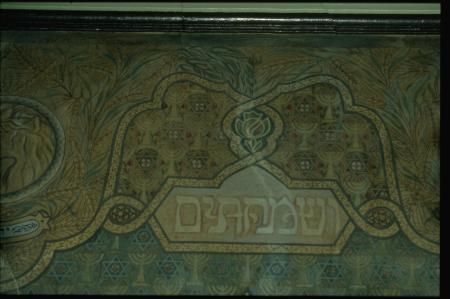 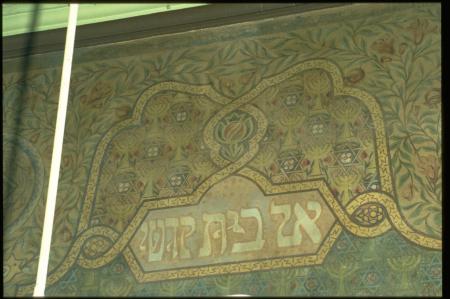 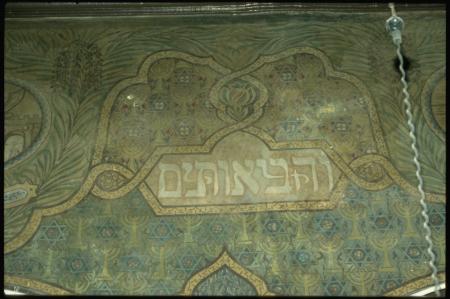 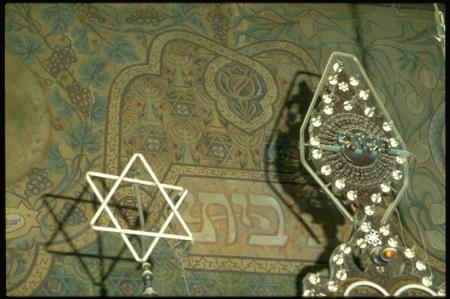 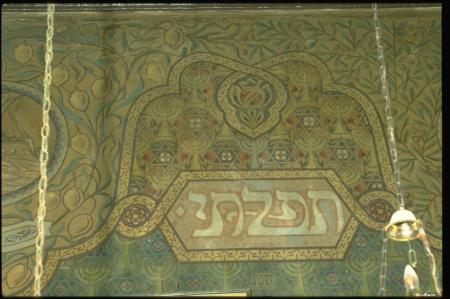 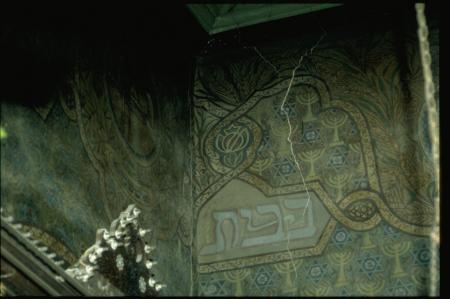 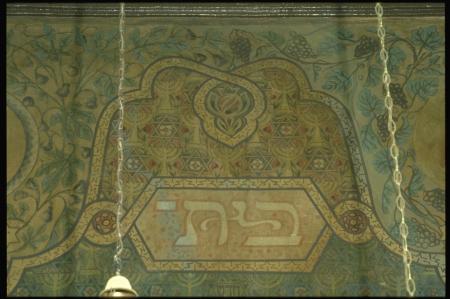 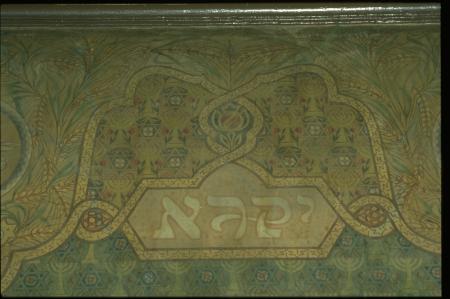 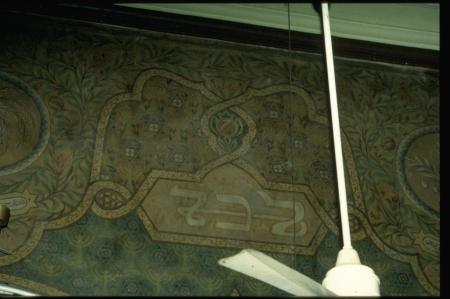 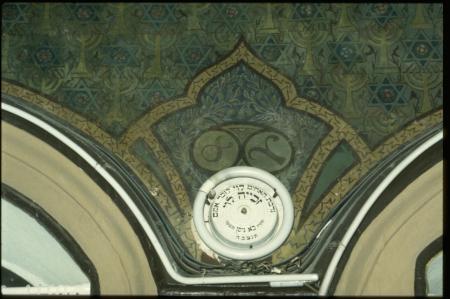 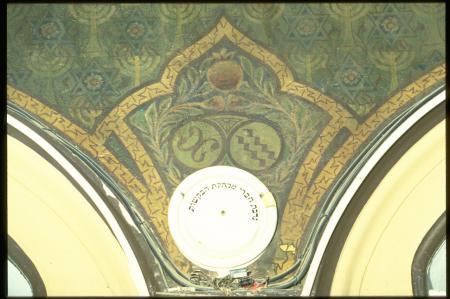 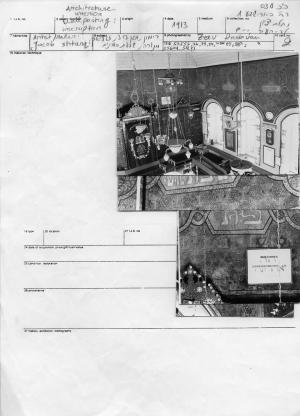