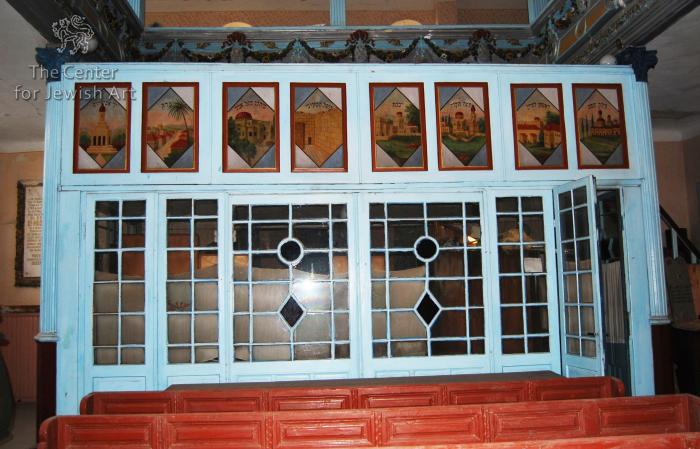 A lattice structure separates the synagogue vestibule from the main prayer hall (at the west end of the latter). The top part of this partition is decorated with panels depicting scenes in the Land of Israel (cities and holy places). The east-facing facet of the lattice structure holds eight panels, while its south-facing facet holds four panels. Of these 12 total panels, five depict new cities founded and built in the Land of Israel in the late 19th and early 20th century. Since the included city of Bnei Brak was founded in 1924, the paintings were probably made ca. 1920-1930. 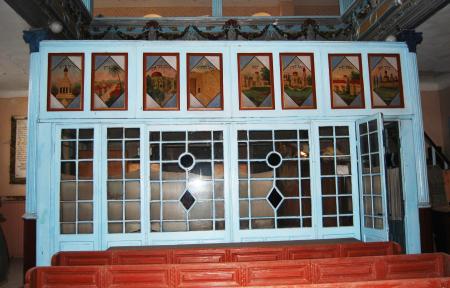 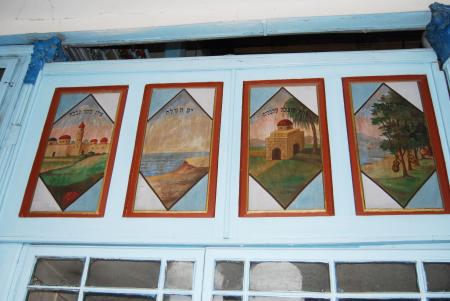 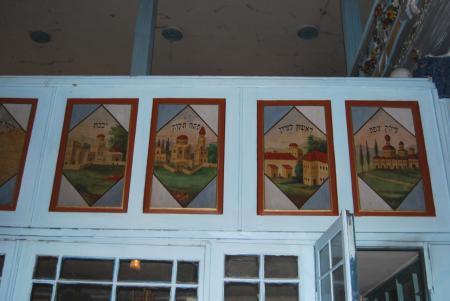