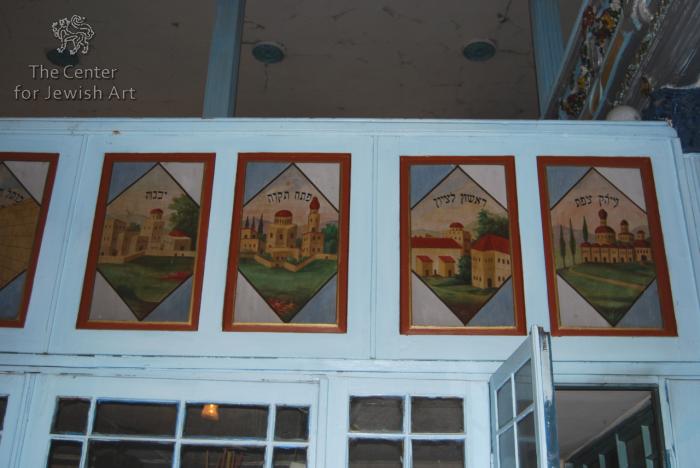 The east facet of the lattice structure at the west end of the main prayer hall holds eight panels depicting holy places and cities in the Land of Israel. The four panels on the right side of this east-facing facet depict (from right to left):

1. The city of Safed (Tsfat) against a background of cypress trees and mountains. The city is depicted as a cluster of buildings with red roofs, some adjoining each other or tightly packed together and others rising as towers behind them.

The holy city of Safed

2. The city of Rishon LeZion with tall buildings and towers topped by red roofs.

3. The city of Petah Tikva with a city wall and towers topped by red domes.

4. The city of Yavne with a city wall and Constructivist houses topped by flat roofs or red domes.