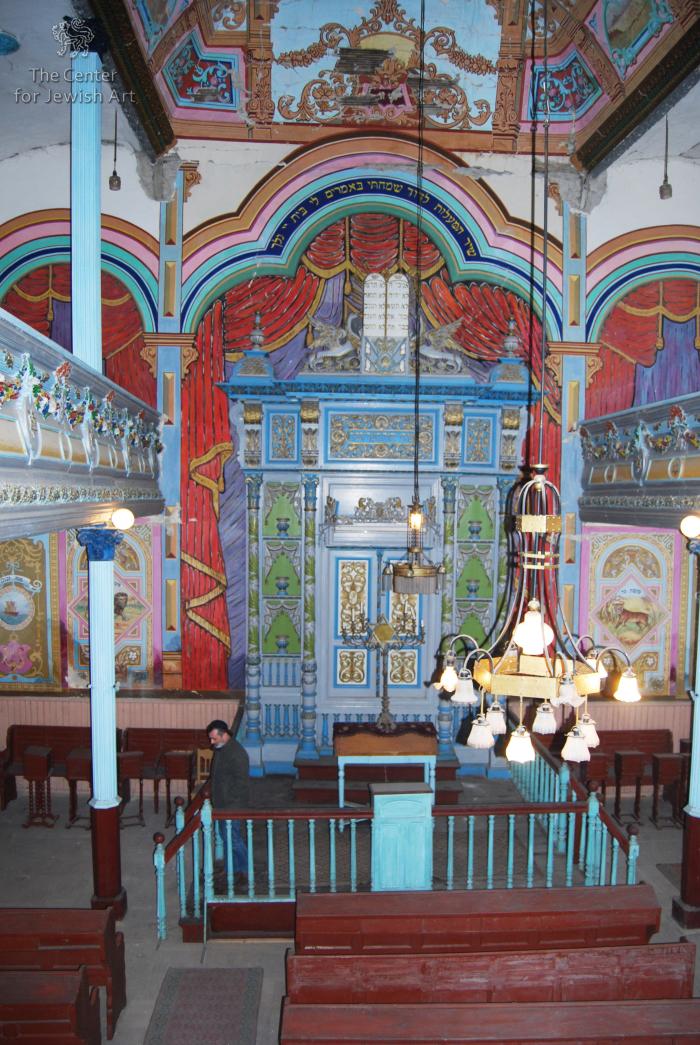 The main prayer hall of the Great Synagogue in Bârlad occupies the largest portion of the interior. Its barrel vault features a large painted plafond. The central space of this plafond depicts a blue sky, flying swallows, and an eagle holding a Torah scroll in its beak while resting atop a blue sphere. The eagle is situated in the eastern part of the vault above the Torah ark. The large border of the plafond (around the perimeter of the central sky space) depicts a decorative half-wall and balustrade, the piers of which are surmounted by vases. The panels represented as forming part of the wall underneath the balustrade depict Christian and Muslim cities and natural landscapes.

The women's section is situated in balconies running along the perimeter of the prayer hall on three sides (north, west, and south). These upper tiers are supported by profiled metal columns with Corinthian capitals. The parapets of the women's gallery are decorated with painted stucco depicting garlands of flowers and Magen Davids.

A lattice structure separates the vestibule from the main prayer hall. The top part of this partition is decorated with panels depicting scenes in the Land of Israel.

Murals on the lower perimeter walls of the main prayer hall depict the emblems of the tribes of Israel. 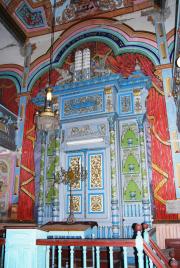 For the plafond see: 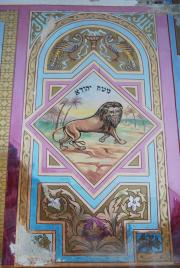 For the scenes in the Land of Israel see: 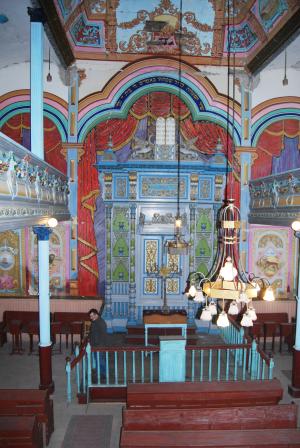 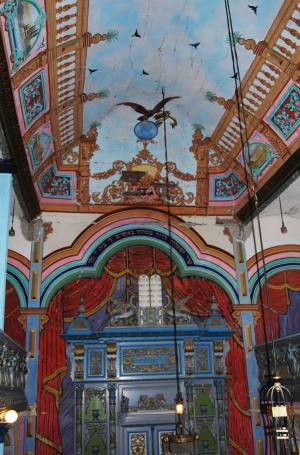 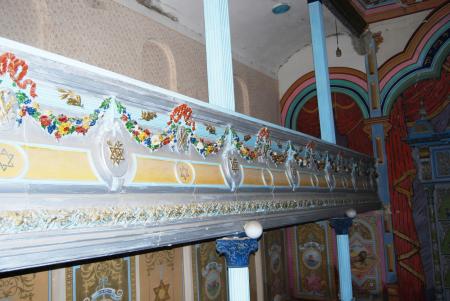 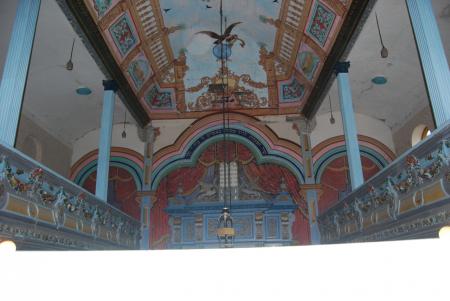 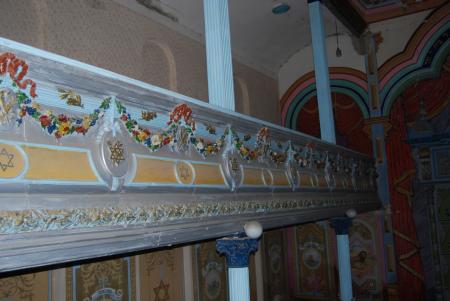 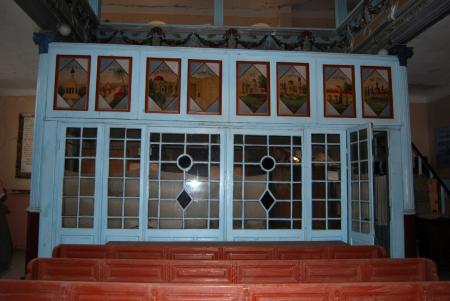 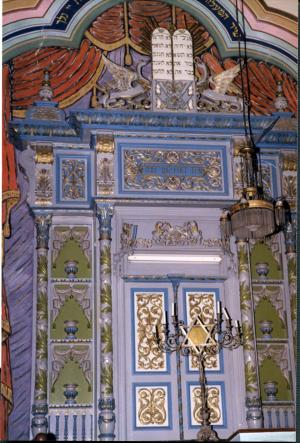 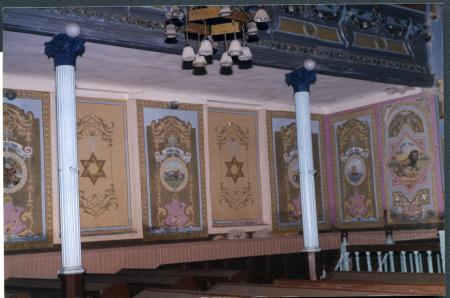 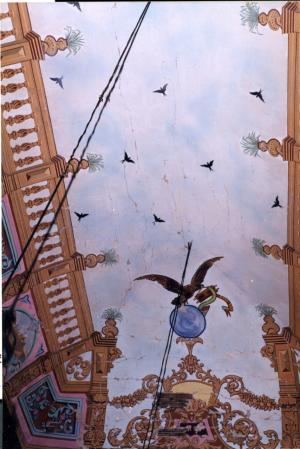