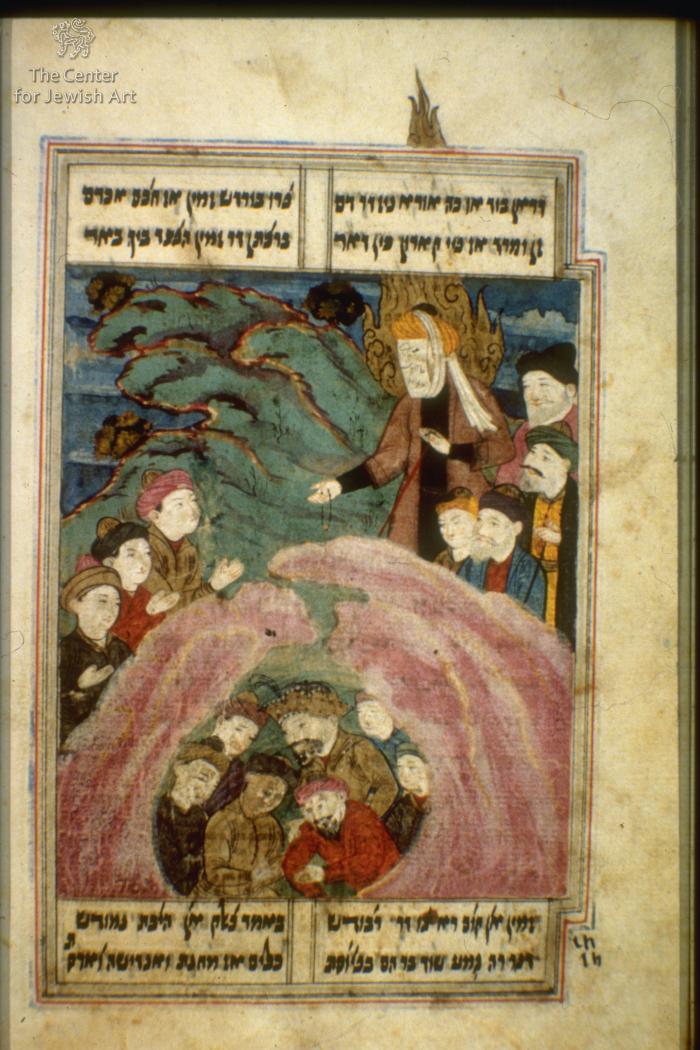 Text illustration depicting at the top right the large figure of Moses dressed in brown and green. His face is covered with a white veil bearing an inscription, and a large flame-halo rises behind his head into the upper margin. He is accompanied by Aaron, who holds a rod, and by three other elders of Israel. He gestures to three Israelites on the left, the lowermost of whom is the young Joshua identified by his unique brimmed hat. Below them, in the centre of a round opening in the land, is the bearded, crowned Korah sorrounded by his companions. They are looking down at Dathan and Abiram who converse with each other at the bottom of the hole. Following Num. 16:30-32.