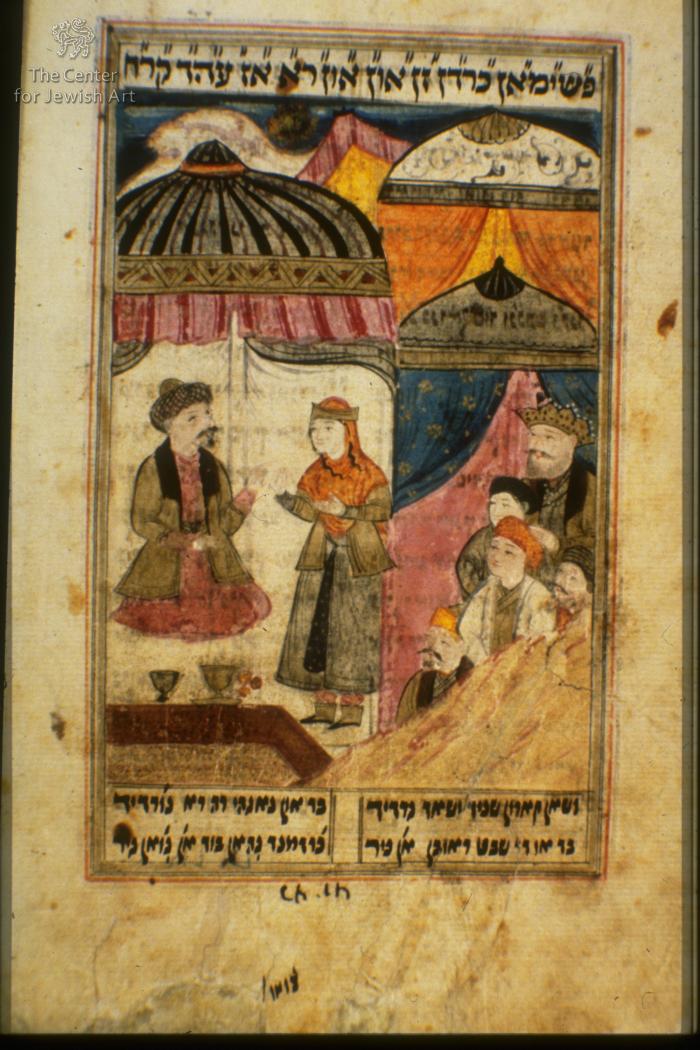 The scene depicts a tent encampment with three open domed tents in the foreground. Inside the left tent, Miriam, dressed in a coronet over a long veil, stands facing the bearded Aaron who kneels on the ground beside her. They are engaged in conversation. Below them is a table with two goblets and fruit. On the right, a bearded, crowned Korah, accompanied by four Israelites watches them from behind a rock. Following Num. 12: 1-2.

Other interpertation: Inside the tent On's wife preventing her husband from leaving the house and by that saved him from being destroyed with Korah's men. Korah, the crowned figure and his companions, are waiting for On outside his house (Moreen, p. 45).