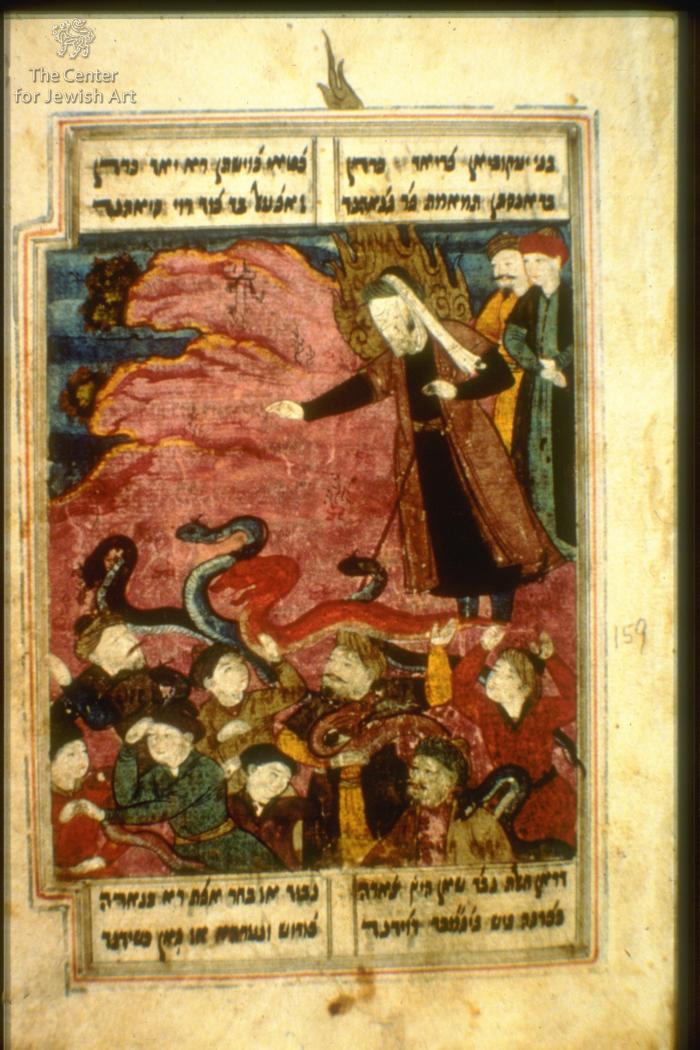 Text illustration depicting at the top right a large standing figure of Moses accompanied by two Israelites. He wears brown and green, his face is covered with a white veil bearing an inscription, and a large flame-halo rises behind his head into the upper margin. He holds his long rod and makes a commanding gesture with his right hand. Below him snakes crowl and bite a terrified crowd of Israelites, some of whom raise their hands over their heads in despair. The scene takes place against a hilly desert background. Following Num. 21:6.