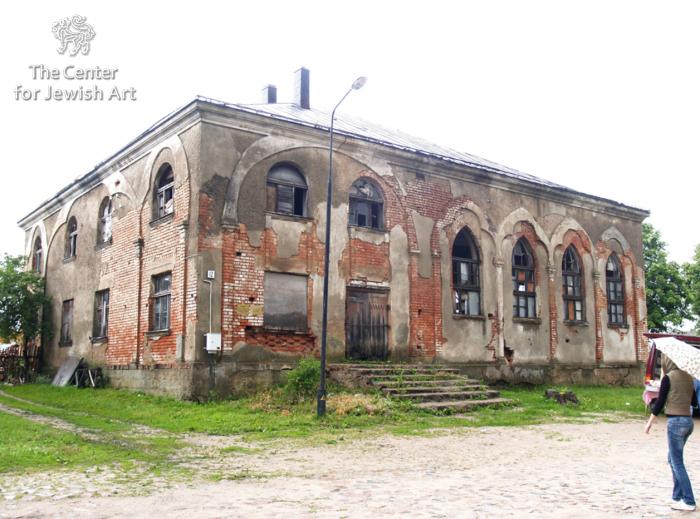 Synagogue in Švėkšna, Lithuania - photos of 2017

Synagogue in Švėkšna - photos of 2018

The Švėkšna synagogue was built in 1928 according to a 1926 design by engineer L. Prosinskis. The photograph from 1928 shows that Prosinskis’ design was implemented except for a low turret in the center of the roof. A photograph from 1936 shows that between 1928 and 1936 the building underwent changes, probably related to the replacement of the roof, that involved lowering of the walls to the level of the frieze. Hence, the part of the wall above the cornice (which had a Hebrew inscription illegible on the photographs), the “Lombardian” arched band beneath it and the pointed apexes of the high trefoil archivolts on all the four façades were removed. In 2007, the building’s exterior was mostly preserved in its 1936 form.

The synagogue is a rectangular structure, standing on a concrete foundation and covered with a hipped tin roof. The western part has two storeys and the eastern part is a single floor with a ceiling at the height of the western part. It was originally plastered, but what plaster remains is severely damaged. The main entrance was in the western part of the northern façade, and lead into the vestibule; it was bricked up after WW II. The women’s entrance is located in the northern part of the western façade and leads to a staircase. The vestibule is connected with the prayer hall on the east and with a large room on the south, through a window of which a new main entrance from the square was cut. Traces of stenciled floral and geometrical decoration in blue are preserved on a wall and on the ceiling of this room. A small, roundheaded window in the wall between the vestibule and the prayer hall may mean that the vestibule also served as original niches for the bookshelves next to the stoves were bricked up after WW II, and a doorway was cut through the southern niche at a later stage. The joisted ceiling of the hall is divided into fifteen coffered bays, some of them bearing remnants of the original blue paint.

The façades are divided by slender pilasters into bays articulated by plain, mostly trefoil archivolts. This motif gives the entire structure a somewhat oriental flavor. The four eastern bays on the southern and northern façades, corresponding to the prayer hall, are framed with trefoil archivolts, cusped inside and pointed outside. Each bay includes a high lancet window; most of them retain their original glazing bars. The large western bays on both façades are two-storey and also framed with trefoil archivolts, the apexes of which were removed before 1936. On the northern façade, the archivolt is a cusped trefoil and includes a central pointed doorway, which was the main entrance to the synagogue. After WW II it was converted into a window, which was bricked up at a later stage. Two narrow round-headed windows set between twin pilasters flank the door, and two oculi are placed symmetrically in the upper tier of the bay. The oculi were designed with glazing bars in the form of the Star of David. A plaster Star of David is inscribed in the central arch of the trefoil. On the southern façade, facing the market square, the archivolt was originally also trefoil, but before 1936 it was given a basket form. The bay contains four openings: two round-headed windows of the women’s section on the first floor and two rectangular windows on the ground floor; the eastern window was converted into a wide doorway after WW II. The openings on the ground and first floors are connected by vertical moldings. Originally, a plaster Star of David was inscribed in the central arch of the trefoil, but it was removed before 1936 and another star was placed between the windows of the first floor. The latter star was probably removed after WW II. The wooden door with its “fir-tree” pattern is a product of pre-war carpentry; in style it follows Lithuanian national romantic art of the 1920s. It was probably removed from the original main entrance in the northern façade and installed in the newly made southern entrance. The eastern and western façades are also divided by pilasters into three bays. The side bays are narrower than the central one, and all of them are framed with cusped trefoil archivolts. On the eastern façade, each side bay includes a lancet window; the central bay has two. The pier between them, once intended for the Torah ark, has been pierced with a rectangular doorway. On the western façade, the ground-floor openings are rectangular, while the first-floor ones are round-headed. As on the east, the large central bay includes two windows in each floor and the side bays contain only one window. The northern bay includes an entrance door towards the women’s staircase, again with the “fir-tree” pattern.

The façades are crowned with a molded cornice, which supports the eaves around the building. The hipped roof is currently covered with tin also captured in the prewar photographs.

After WW II the synagogue was first converted into a place of culture, and later used for storage and as a gym. The building is abandoned and rapidly deteriorating. 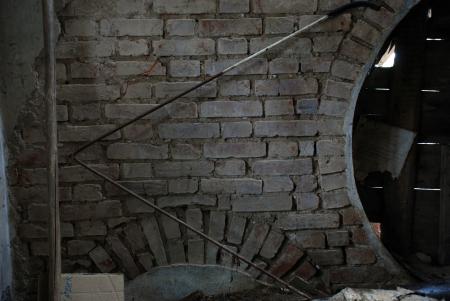 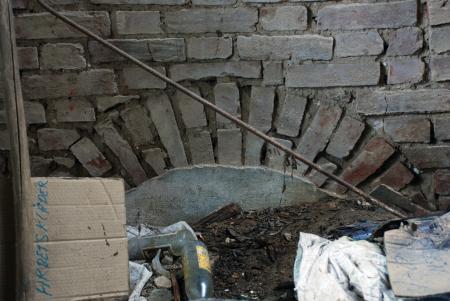 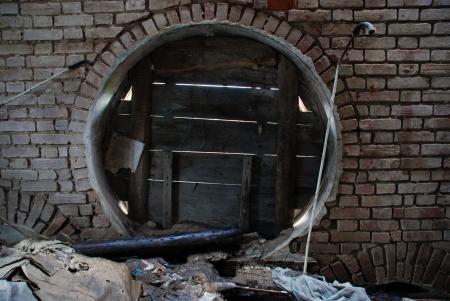 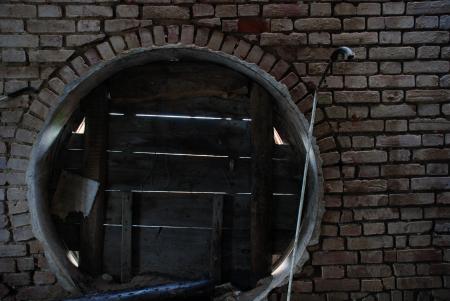 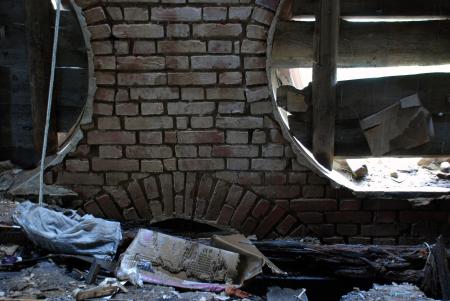 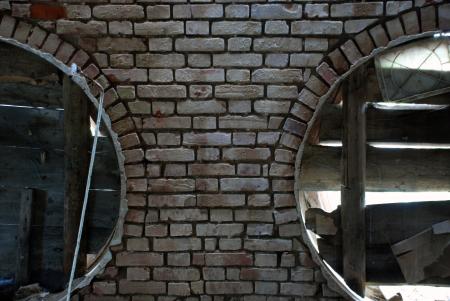 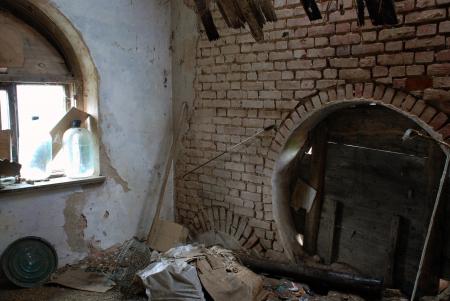 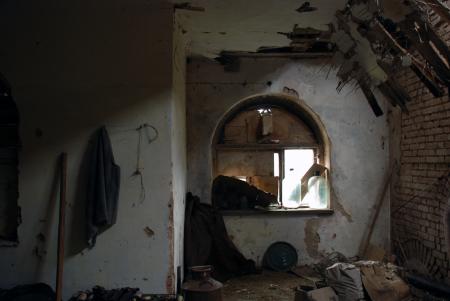