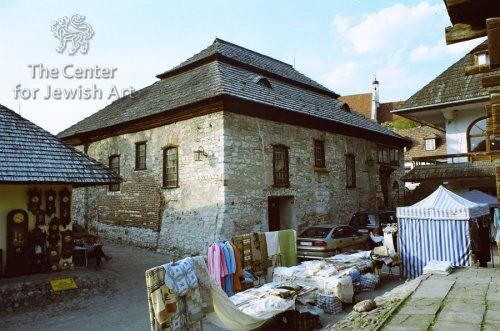 The old Jewish district was located near the Mały Rynek, which from the south-east side, almost bordered the main square in Kazimierz. It is likely here that the first wooden synagogue was built, however, no one knows how or when it was constructed nor its exact location. According to a document dating back to 1557, the local synagogue burned down, and the local kehilla community tried to obtain a building permit for a new brick building. It is not known whether that brick synagogue was constructed in Kazimierz in the second half of the 16th century, since there is no information about this in existing documents. One thing that is certain is that the new synagogue was definitely built in Kazimierz before 1622. It was probably situated at the same place as the later one (on Lubelska Street, located just behind the market square), which maintained its original function until World War II. The synagogue was destroyed sometime after 1661, almost certainly in the war. It was only possible to rebuild it after 1677 because of a privilege granted by King Jan III Sobieski, however, it was destroyed again in the first half of the 18th century.

The current synagogue dates back to the second half of the 18th century, and is the fourth building to be built on the site of synagogues. The architecture is Baroque, built of limestone on a rectangular base (14.8 m x 16.9 m), without plaster on the walls, with a bended shingle roof. It seems that originally, the only room in the building was a main hall, over time onto which (probably at the end of the 19th century) women’s prayer rooms were added along the northern wall. After World War I, a vestibule with additional rooms and another women’s quarter were built on the first floor of the western part.

The ceiling of the prayer room had an octagonal wooden dome, and also its walls were decorated with wall paintings dating back to the end of the 18th century. The wall paintings were not preserved. However, from existing depictions we know that they portrayed plants and animals. Wacław Husarski, a researcher of the history and architecture of Kazimierz, has left a fairly precise description of the synagogue’s interior from the inter-war period. He described the wall paintings of the Kazimierz synagogue as “naïve yet pleasing to the eye”. Although none of the original furnishings of the interior have been preserved, from existing sources we know that on the eastern wall, straight across from the main entrance, there was the Aron Kodesh, and then a bimah stood in the middle of the hall.

The Kazimierz synagogue was closed by the Nazis in 1939 and was preserved untouched until the last days of occupation. However, in July of 1944, the night before their withdrawal from the town, the Nazis devastated and tore down part of the building. Following the end of war, the synagogue was deserted and fell into ruins. The destruction was completed by local hooligans. Benches were broken, the dome with paintings was also damaged. In 1953 the synagogue was rebuilt, according to plans drawn up by Karol Siciński, for the purpose of a cinema [1.5]. At that time the original architecture of the synagogue with a characteristic octagonal dome and original arrangement of prayer rooms was recreated. The rest of the interior (particularly the vestibule and women’s section) was adapted for use of the cinema. Arcades were bricked up at that time, but the bricks were used to restore access again in 1995.

On the exterior southern wall, a plaque is inset into the wall, reading: “In memory of three thousand Polish citizens of Jewish origin, former residents of Kazimierz Dolny, murdered by the Nazi occupant during the World War II”. The sundial located on a side wall of the building is an eye-catching piece of work.

In 2003 the cinema was closed down. Now the old building is not in use. Part of it has rooms for rent and the main prayer room is accessible to tourists. 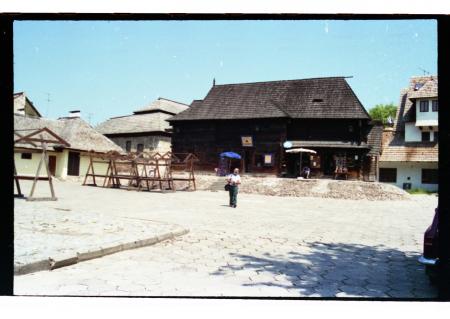 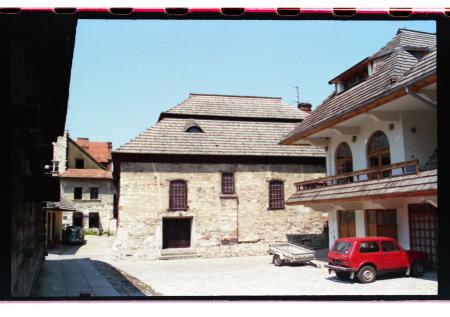 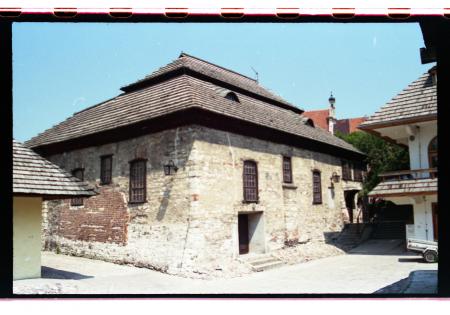 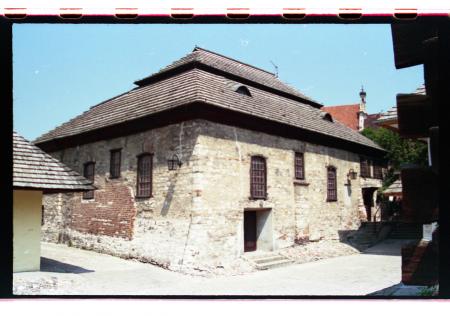 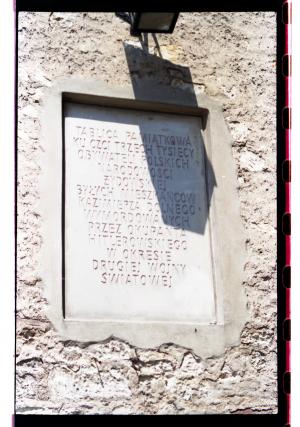 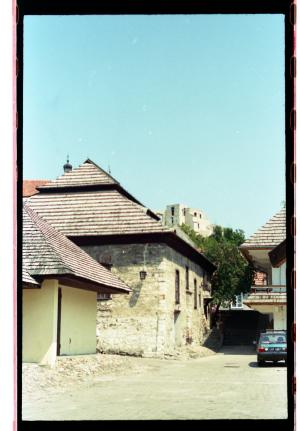 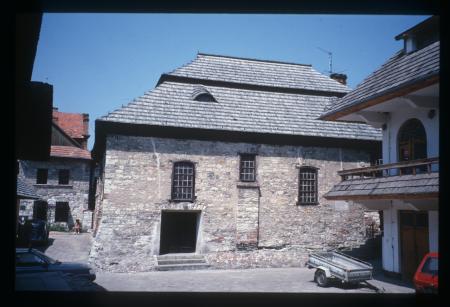 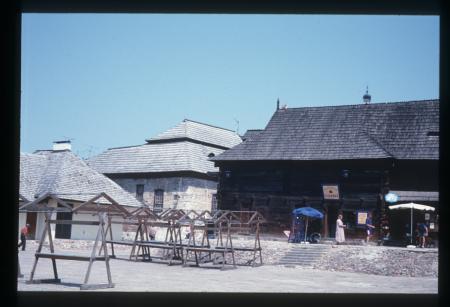 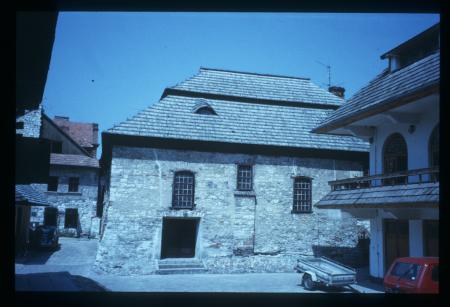