Three paintings presenting the holy places in the Land of Israel are placed on the western wall of the prayer hall: Rachel's Tomb, the Western Wall of the Jerusalem Temple, the Machpelah Cave in Hebron. The photos of these scenes, made in 1996 and 2009 show significant changes in the pictures made during the renovation of 2003. 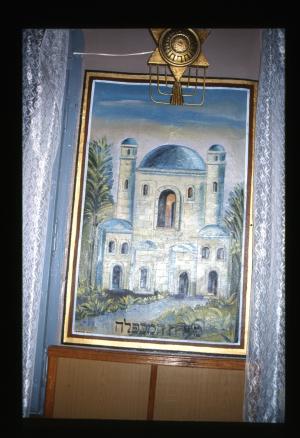 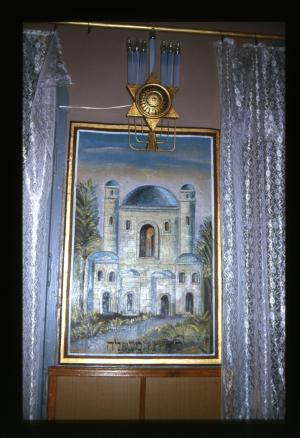 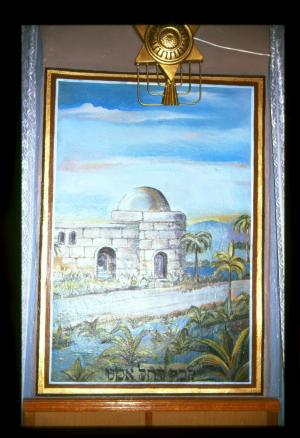 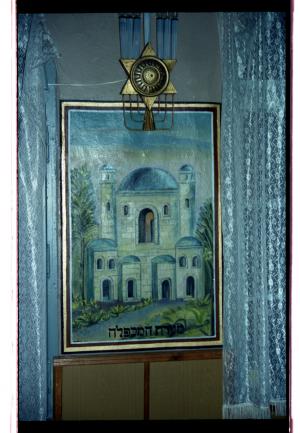 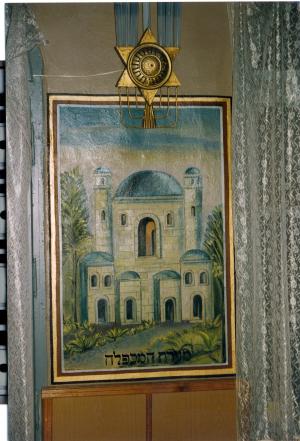 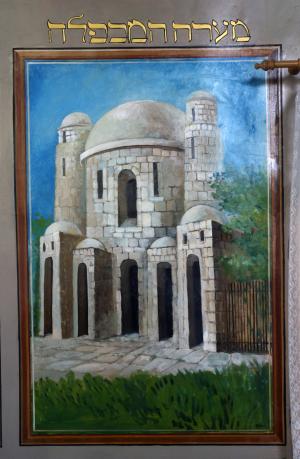 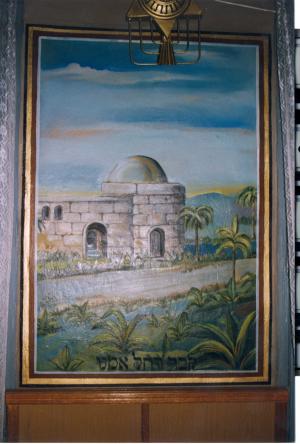 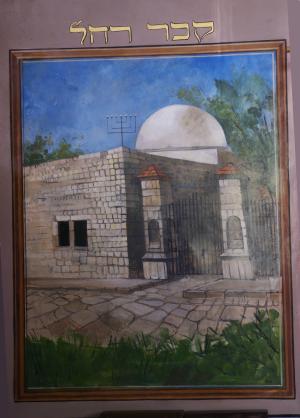 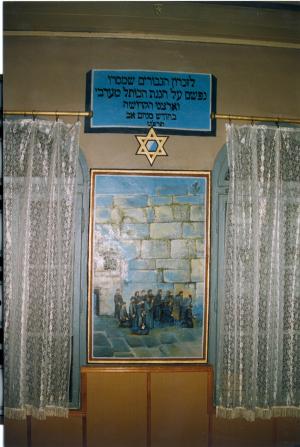