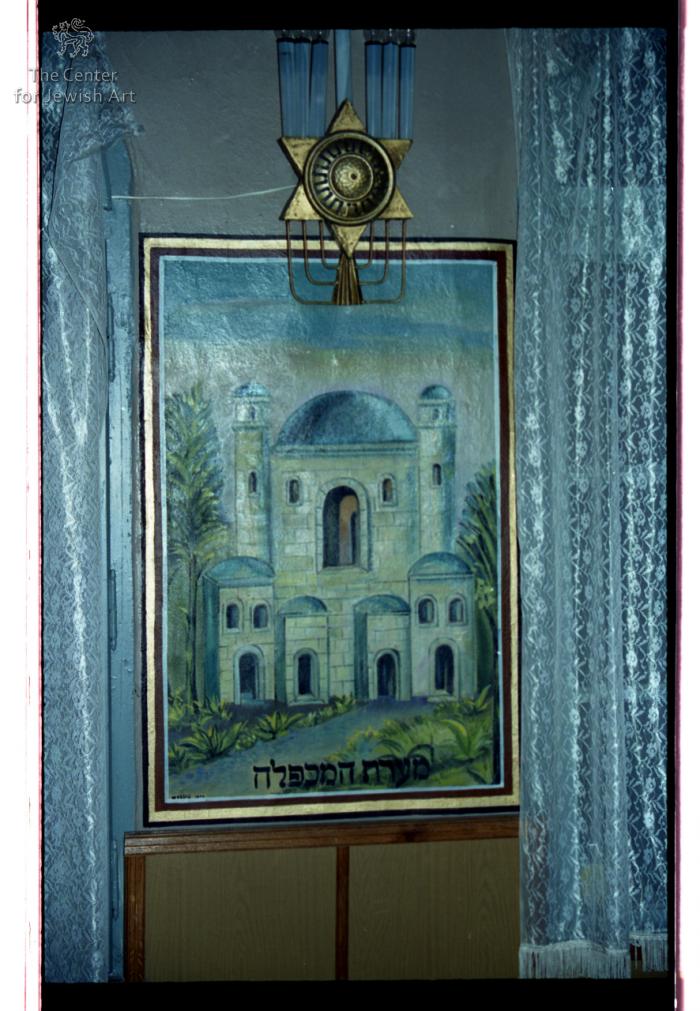 Three paintings presenting the holy places in the Land of Israel are placed on the western wall of the prayer hall: Rachel's Tomb, the Western Wall of the Jerusalem Temple, the Machpelah Cave in Hebron. The photos of these scenes, made in 1996 and 2009 show a bright changes in the pictures made during the renovation of 2003.