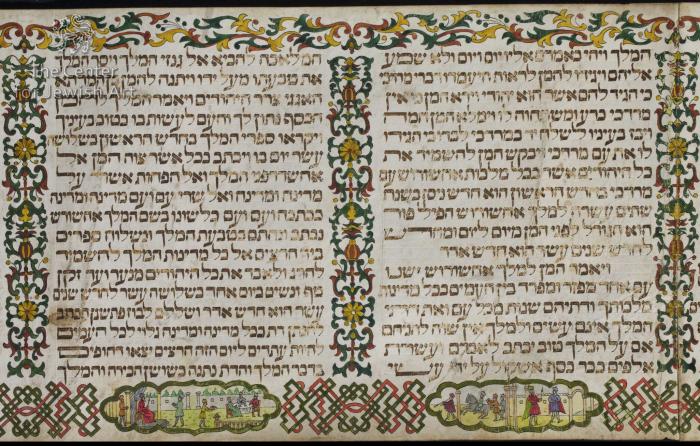 Col. 8. On the right, two men are talking. Most likely they are Ahasuerus (with a scepter in his hand) and Haman who are discussing how should be honored a man the king wishes to reward (Es. 6:5-10). In the background, the city walls are shown. On the left, Mordecai rides a horse followed by two men. Haman blowing a trumpet walks before the horse (Es. 6:11).

Col. 9. On the right, a banquet given by Esther is depicted, however, it is disputable if it is the first or the second Esther's feast. The scene shows the queen, the king, and Haman are sitting in the palace gardens at a round laid table. A servant visible in the central part of the cartouche walks towards them to serve a dish. On the left, a man (Haman?, Mordecai?) stands before the enthroned Ahasuerus and a guard stands behind the throne.