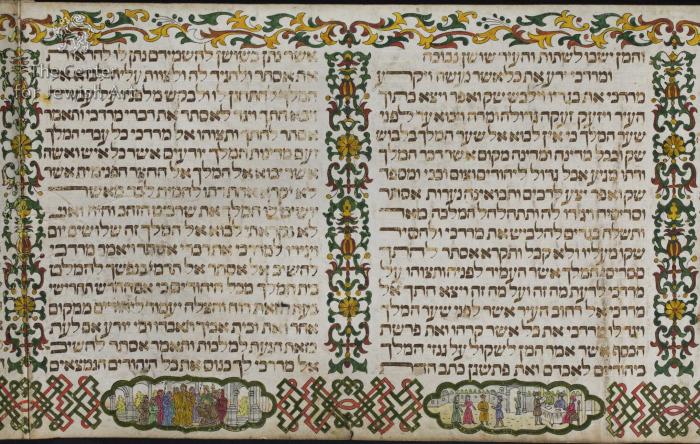 Col. 10. On the right, a man with a sheet with writing in his hands stands before three scribes seated at a table; most likely this is the moment when the decree against Jews is dictated to the scribes (Es. 3:12). In the background, at the center, Mordecai stands in front of the palace gate (Es. 4:2). On the left, there are two men and two women in the palace courtyard. Possibly the scene depicts the moment when Esther is informed about the decree of Haman (Es. 4:4-6).

Col. 11. The scene shows a group of people standing and is difficult to interpret. The large figure at the center can depict Mordecai in mourning at the news of the Haman's decree against Jews (Es. 4:1). Some of the men in the group holding spears.