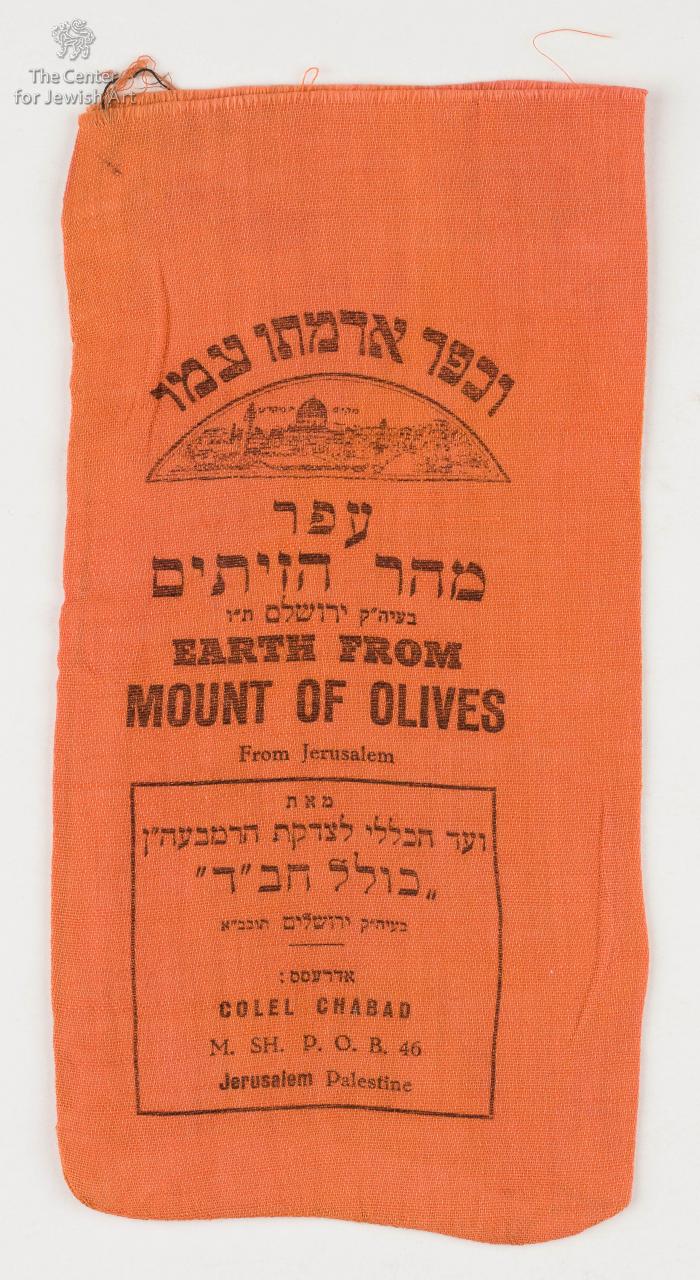 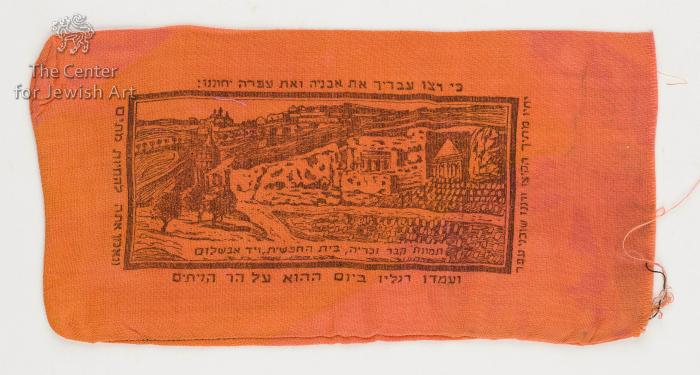 Traditionally, it has been the dream of every Jew to be buried in Jerusalem. At the beginning of the 20th cenury someone developed an idea for all of those for whom such a buriel was impossible, who were nearly 100% of the Jewish population from that time. This object is a bag of earth from Jerusalem from the 1920's, a cloth container printed with the picture of the Valley of the Tombs. The bag was sent abroad to be placed on the head of the deceased person so that it was as if he or she was buried in the Holy Land, in the city of Jerusalem. It was a sort of spiritual pilgrimage to tie the deceased to the Holy Land of Israel. Such bags of earth came in different designs with different images of Holy Places, the textiles being in a variety of colors.This example was used by the Chabad Kollel in Jerusalem.