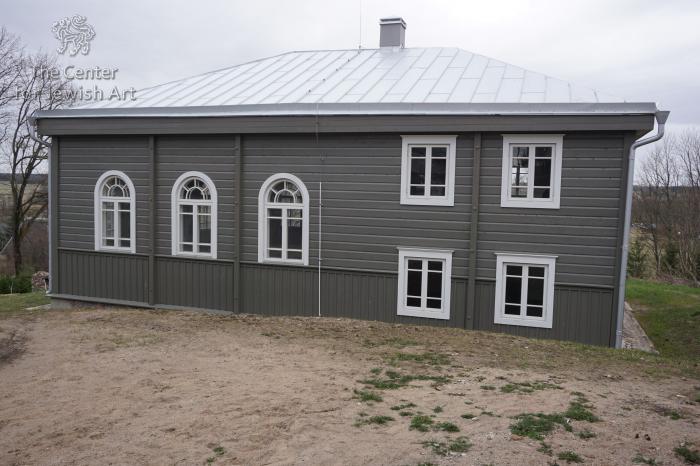 Text from the Synagogues in Lithuania: A Catalogue:

The synagogue is a wooden log structure of rectangular plan, built on a rough-stone concrete foundation and divided into two floors in the west. The structure is spanned with a hipped rafter roof covered with tin. On the exterior, the building is protected with horizontal weather-boarding above the windowsills of the prayer hall, and a vertical one below them. A prayer hall of almost square plan is situated on the eastern side. On the western side, the building includes a vestibule and a small room with a stove, which also heated the prayer hall. A staircase in the southwestern corner leads to a women’s section on the first floor, which opens to the prayer hall with two long rectangular windows. Neither a bimah (presumably at the center), nor a Torah ark (presumably at the eastern wall) has survived. The main entrance to the building is in the western wall and the women’s entrance is on the southern wall. Ten round-headed windows opened from the prayer hall: three windows on the southern and northern walls and two pairs of windows on the eastern wall (the central windows on the north and south were later converted into doors). The windows of the vestibule and the women’s section are rectangular. The ceilings are joisted flat constructions; that of the prayer hall is supported by two large beams, resting on the western wall of the women’s section and the eastern wall of the prayer hall.

Wooden Synagogue in Alanta - photos of 2017

Wooden Synagogue in Alanta - photos of 2004 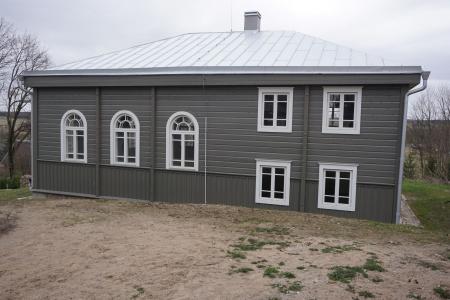 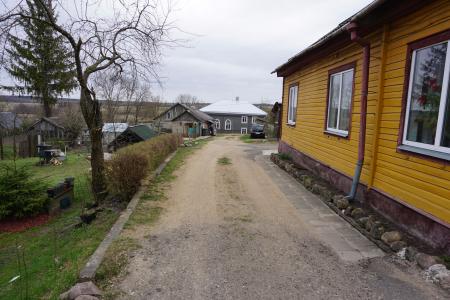 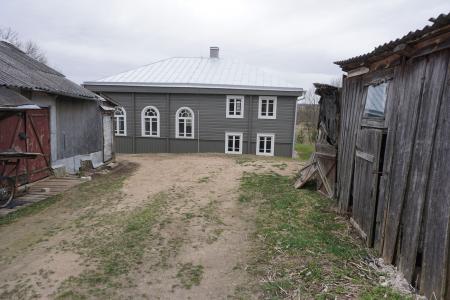 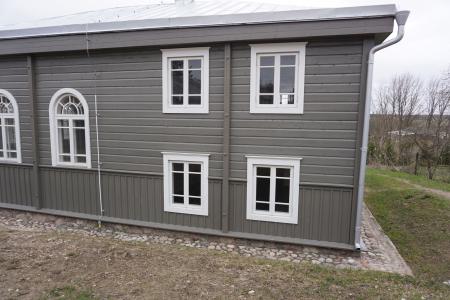 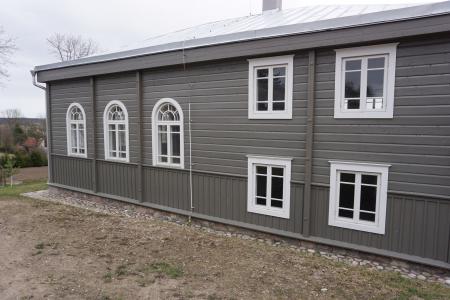