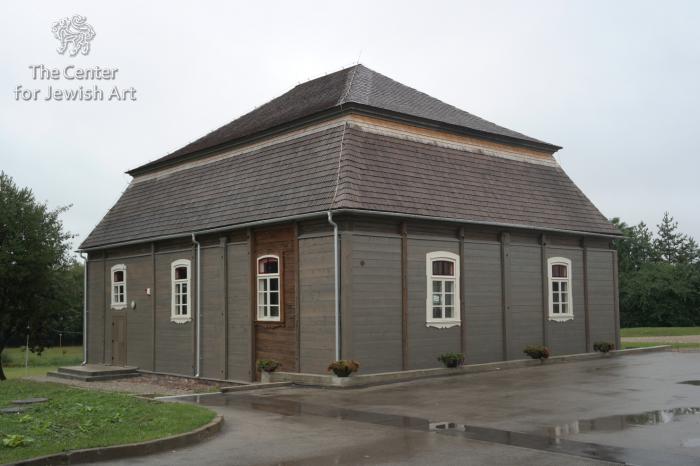 Before the 1920s, the building included a prayer hall, a winter prayer room, a vestibule, a staircase, and a women’s gallery. In the 1920s, the winter prayer room was converted into a primary school and the vestibule lost its original function as a new lobby was added at the northern side of the synagogue. This lobby protected the entrances to the prayer hall and the classroom. The women’s entrance was located on the south-western side of the building [Interview with Monti (Menachem) Kremer].

Wooden Synagogue in Pakroujis - photos of 1938

The synagogue was covered with a shingled mansard roof. The log walls, without weather-boarding, were reinforced by vertical posts and metal bolts. The building was lit by segment head windows. Six of the windows looked into prayer hall(two on each of its southwestern, southeastern, and northeastern sides), two other smaller windows of similar shape looked into the women’s gallery on southwest and northeast.

Wooden synagogue in Pakruojis - photos of 1993

Wooden synagogue in Pakruojis - photos of 2004 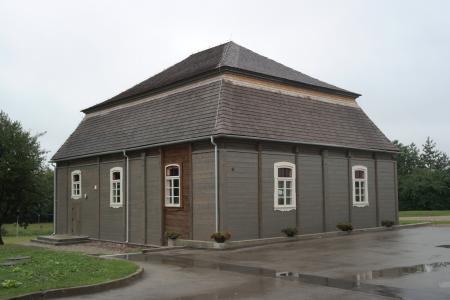 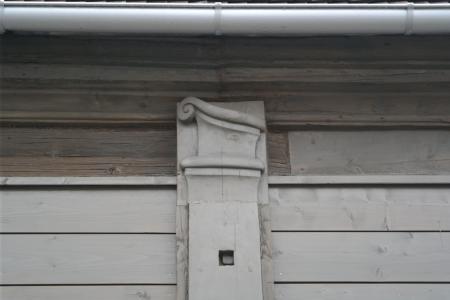 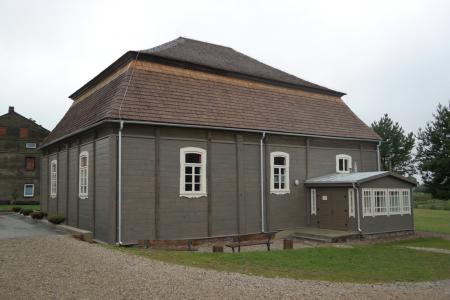 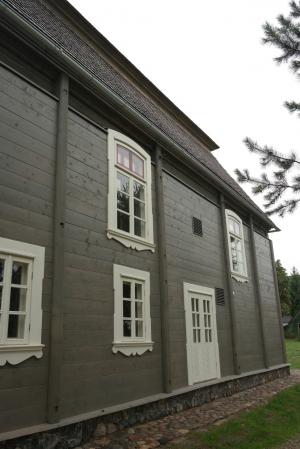 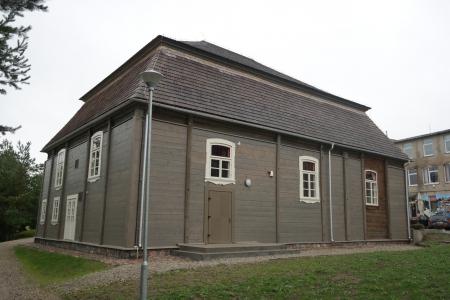 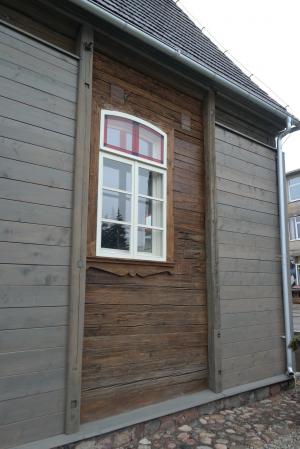 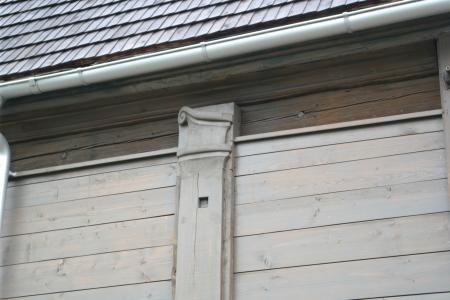 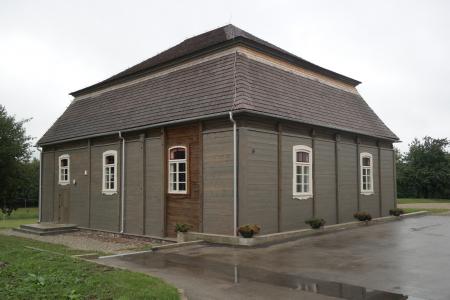 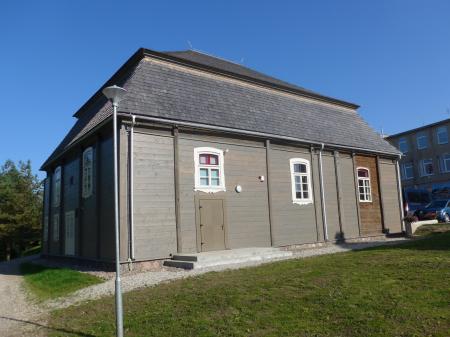