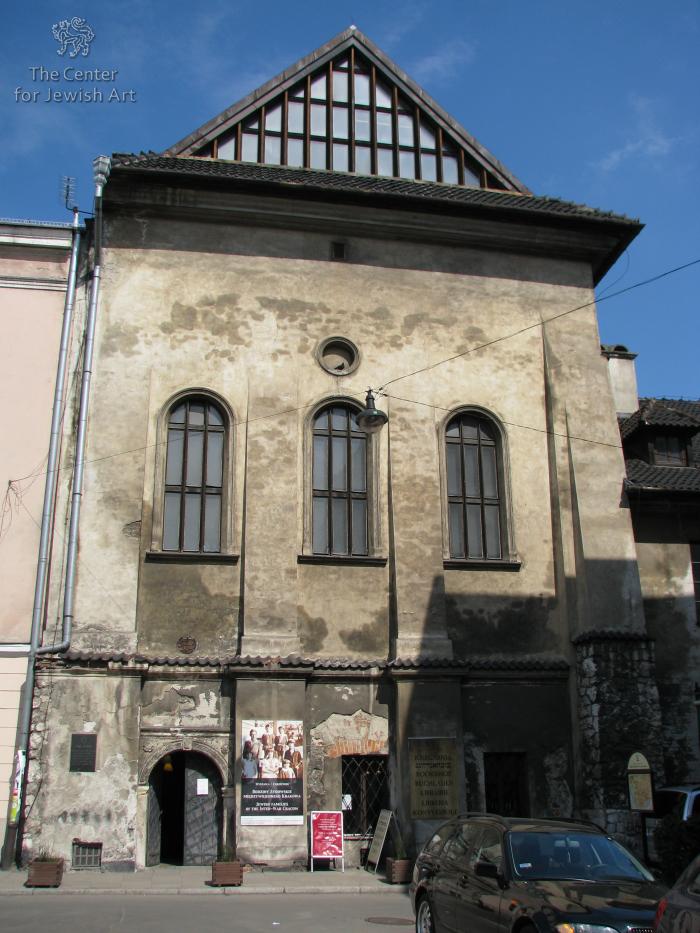 Wysoka (The High) Synagogue is situated in the Kraków district of Kazimierz, at 38 Józefa Street (registered property no. 317; address before 1939: 38 Józefa St.) on the north side of the street where buildings line up tight; it is combined with a house (former no. 40) that is adjacent to the east side. To the north, there is a small backyard which is surrounded with a tall plastered wall that is roofed with tiles.

The stone building, built on a rectangular floor plan, was done in the late Baroque style. The south wall of the building, which faces Józefa Street, is supported by four buttresses and is intersected with a cornice that runs along just above the ground floor. Between the buttresses, on the height of the first and second floors, there are three half-round windows which correspond to the two windows and the cast iron door on the north wall. The windows perfectly lit up the 10-metre high one-room prayer hall, which had a barrel vault with lunettes and was decorated with stucco work. The former front door used to be where the left window on the north wall is today. The door to the vestibule on the ground floor is topped with a late-Baroque portal from the 16th century. The portal has moulded door jambs and is enclosed with a moulded arcade arch on top of which there is a keystone.

Poland’s both largest and oldest Renaissance Aron ha-kodesh is on the east wall of the synagogue. Its rectangular frame, with plant ornamentations, probably dates from the end of the 16th century, while its top was probably done at the end of the 18th century. The recess is surrounded with slim fluted columns with Composite order capitals. Paintings representing curtains, which had faded away over time, were discovered on the side of the columns during a conservation project that was carried out in 1971–1972.

Originally, the Aron ha-Kodesh had a double door. The external metal door was made with openwork which consisted of a motif of the Polish eagle in the crown and the letter “S”. Beneath them were two little bears holding a shofar and two birds were depicted above them. The internal wooden door, on the other hand, was covered with polychrome sculptures showing a menorah and olive oil jars as well as tables for showbread. Today, the wooden door is housed in the Israel Museum in Jerusalem. Signatures of the authors, Zelaman and Chaim, sons of Aaron, were placed at the bottom of the metal door. It is the oldest known example of a signature ever to be left by Jewish artists on synagogue furnishings in Poland. (Text from Virtual Shtetl Website). 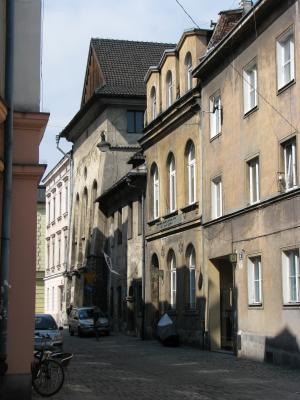 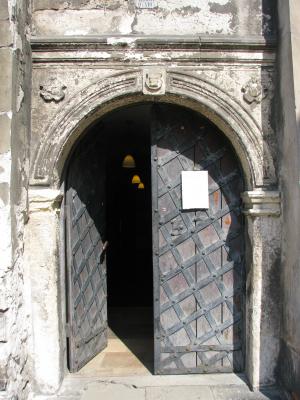 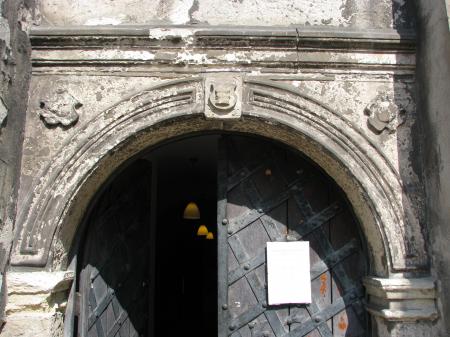 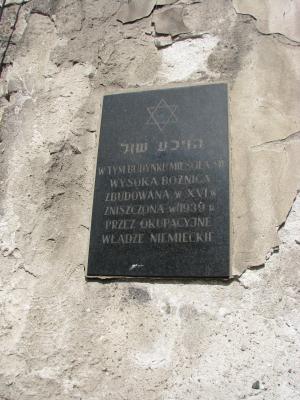 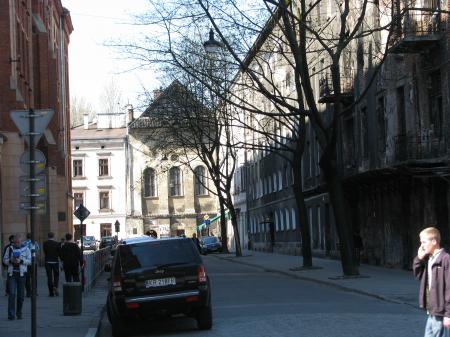 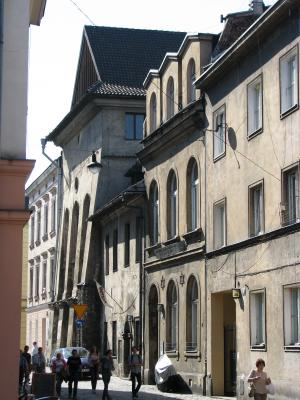 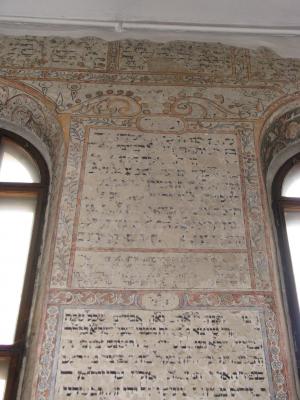