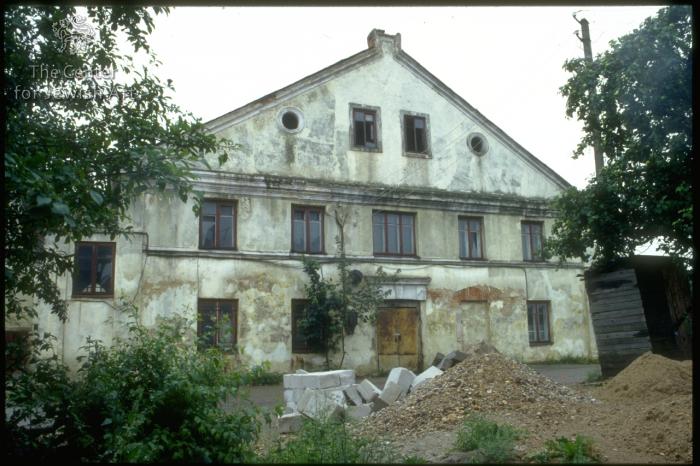 The Great Beit Midrash is a brick plastered building of rectangular plan, covered with a tin gable roof. The exterior emphasizes the inner structure: lesenes mark the building’s corners, and divide the side façades into two bays – a richly decorated part of the prayer hall in the southeast and a modest two-storey part in the northwest. The southeastern façade and the bays of the northeastern and southwestern façades, which correspond to the prayer hall, have four segment-headed tall windows each. Every window is surrounded by a plaster frame topped with a bent pediment and decorated with a fielded panel beneath the sill. The bays are crowned with a stepped zigzag frieze beneath the molded cornice. In the center of the southeastern façade a blind window indicates the interior placement of the Torah ark. The façade is topped with a high triangular gable containing a wide rectangular window with a sumptuous plaster framing and three small oculi on the sides and at the top. The opposite, northwestern façade is crowned with a triangular gable, pierced by two rectangular windows, which are flanked in their turn by two oculi and framed with raking and horizontal molded cornices; the latter runs around the building. This façade, as well as the two-storey bays of the side façades, are divided horizontally by two stringcourses on the level of the window sills of both floors. All the windows are rectangular, void of any decoration: two on each floor of each side façade, and four on each floor of the northwestern one. The main entrance portal with an architrave molding is situated in the center of the northwestern façade; it is surmounted by a wide rectangular window on the first floor. The side entrance, leading to the stairs of the women’s section on the upper floor, was situated in a small annex, attached to the northeastern façade.

In the interior, the western part of the building comprised a central vestibule flanked by two shtiblekh, above which the women’s section was situated. It is connected to the prayer hall by twelve pointed openings. The prayer hall is lit by twelve windows. Four massive central columns support the flat ceiling which is divided into nine octagonal coffers with central molded paterae. Judging from a photograph from the 1930s, which shows a brick chimney, a stove was situated next to the norhwestern wall of the hall. The stove is not preserved, nor are the glazing bars in the windows of the prayer hall, arranged as Stars of David. The Torah ark and the bimah, situated in the center of the hall among four columns, are also missing, but the niche in the center of the southeastern wall, where the ark was situated, has survived, even though its original shape remains unknown.

In the Soviet period the building was reconstructed, the interior was partially destroyed, an additional floor was inserted, but the exterior, as captured in a pre–WWII photograph, remained almost unchanged. In 2001–2 the building was renovated and converted into a multicultural center after a design by Diana Pikšrienė. 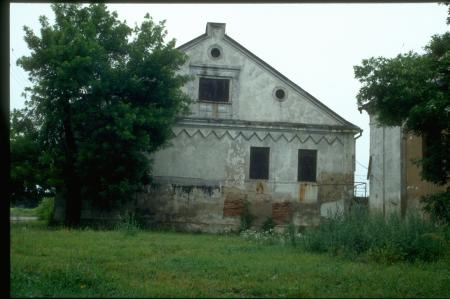 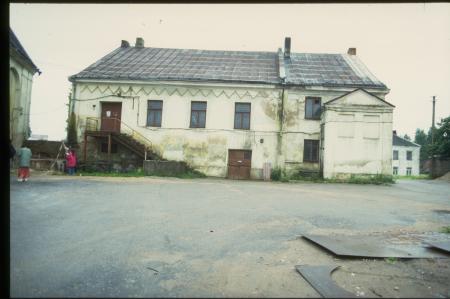 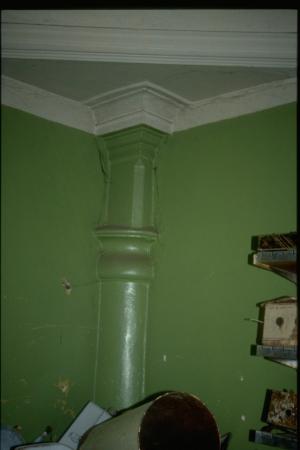 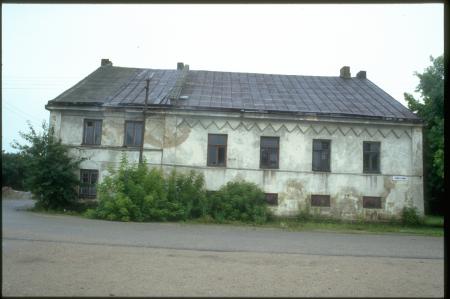 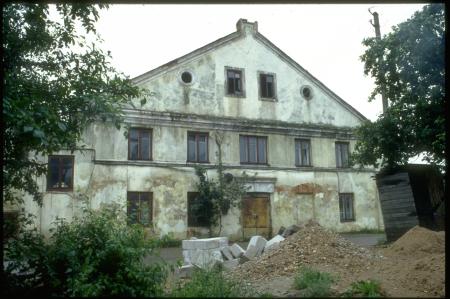 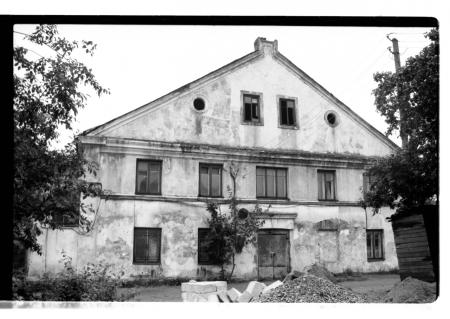 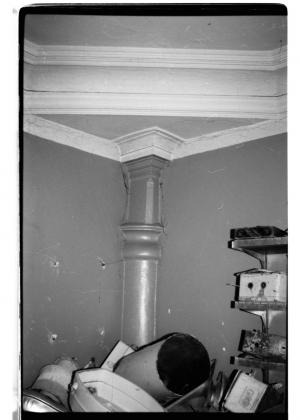 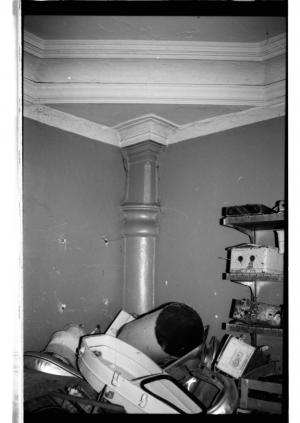 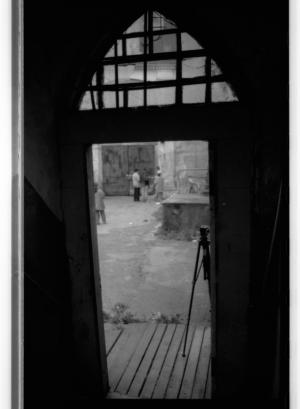 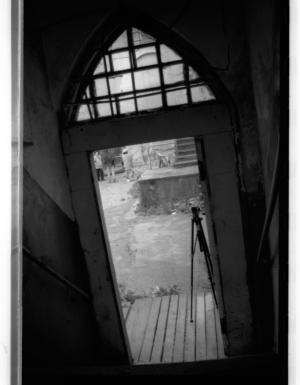 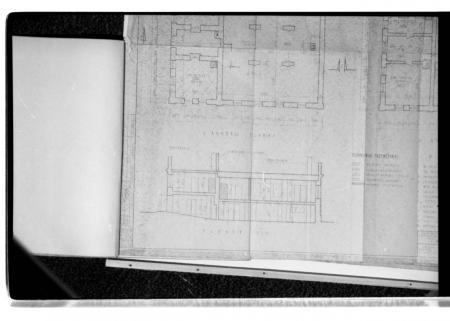 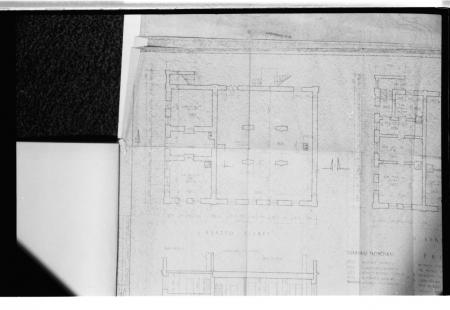 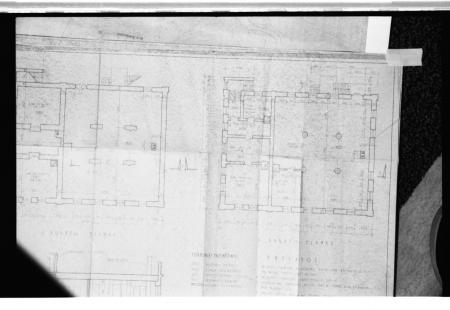 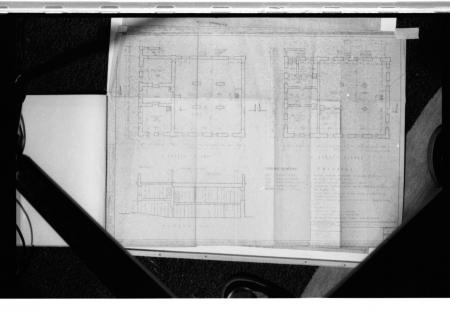 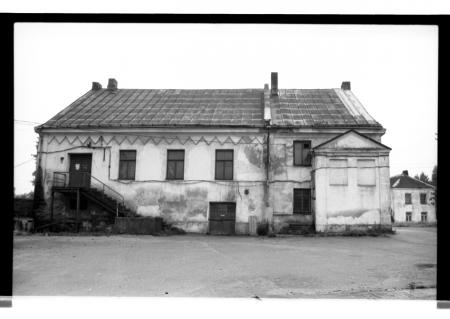 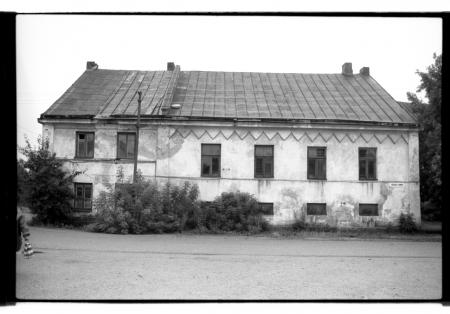