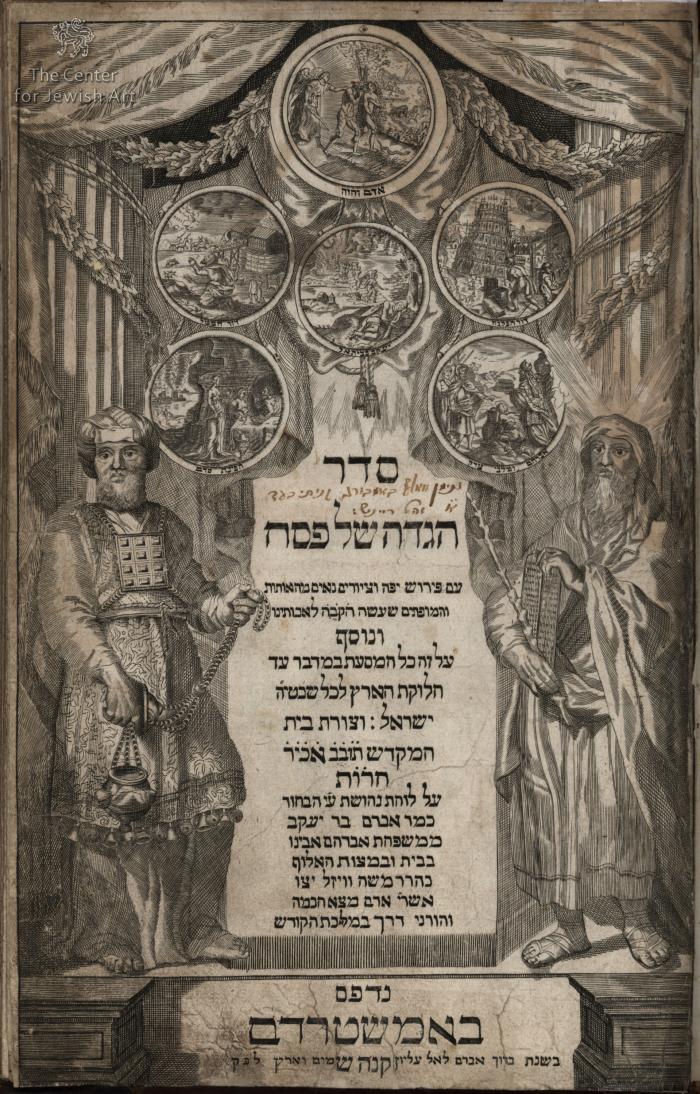 The following description was prepared by William Gross: The text used for the Passover Seder is the Haggadah (plural Haggadot) or compilation of biblical passages, prayers, and hymns. The book tells the story of the Exodus from Egypt and explains the symbols and practices of the holiday. The Passover Haggadah was first compiled over two thousand years ago; and while the story has remained stable, narrative and illustrative styles have changed over time, and commentaries and songs have been added. Since traditionally each Jewish household held a Seder and owned a Haggadah, it became one of the most familiar books in the Jewish home.The Amsterdam Haggadah was the first Haggadah to be illustrated with copperplate engravings. All illustrations in earlier printed editions (of which there were some 90 in the 200 years prior) used woodcuts. The elegance of these illustrations proved so powerful and influential that they have been copied until today in many hundreds of editions of the Haggadah.
The Amsterdam Haggadah‘s copper engravings are the work of a proselyte who had come to Amsterdam from Germany and who, upon his conversion to Judaism, adopted the name Abraham bar Ya'akov. As an artist, prior to his conversion, Abraham ba Ya’akov was undoubtedly familiar with the iconography of Christian illustrated Bibles. It is thus not altogether surprising that he based his illustrations on the biblical engravings published by the Swiss artist Mattheus Merian in 1625-1630 and reprinted several times thereafter. Most of the pictures in the Haggadah were copied almost slavishly from Merian, with several retaining a distinctly Christian atmosphere; others were somewhat altered and rearranged to suit the Haggadah text, and were “Judaized” in the process. That the most famous illustrations in the history of Jewish printing should have their main source of inspiration in a Christian printed Bible is indeed ironic.
An additional revolutionary feature of this Haggadah was a fold-out map of the Holy land, one of the very first such maps printed with the texts in Hebrew letters.
The Haggadah’s engraved frontispiece shows the large figures of Moses and Aaron, accompanied by six circular vignettes on biblical themes, each of them a greatly reduced miniature of one of Merian’s scenes: The Expulsion from Eden, the Tower of Babel, Jacob’s Dream at Bet-El, Noah and the Ark, Abraham and Melchitzedek, and Lot and his Daughters.
A plethora of illustrations accompanies the text, with themes such as the Four Sons, King David kneeling in prayer, and the future Temple and city of Jerusalem.
Abraham bar Ya'akov went on to provide other illustrations for Hebrew printing, including numerous title pages to other printed Hebrew texts as well as the earliest known printed birth amulet, also in the Gross Family collection.
55 pp. 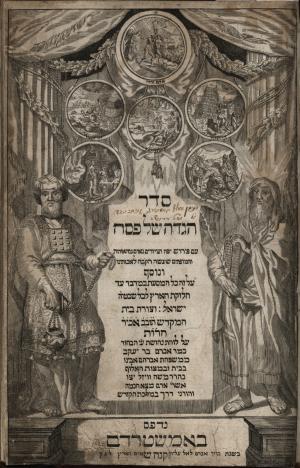 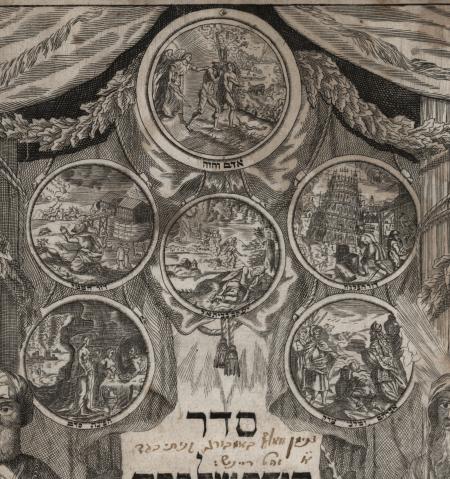 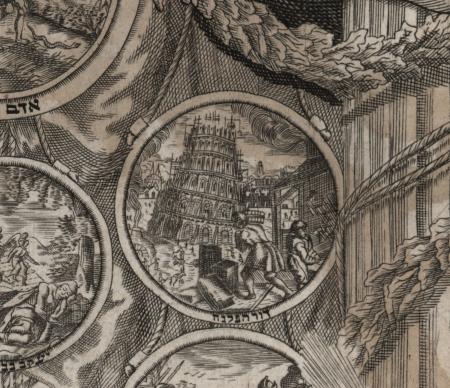 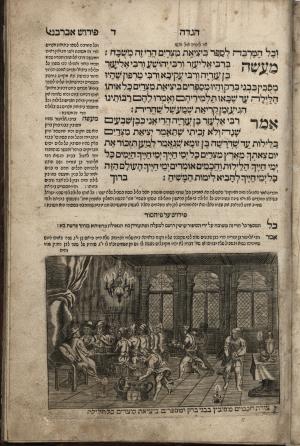 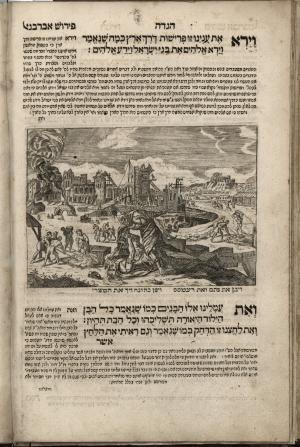 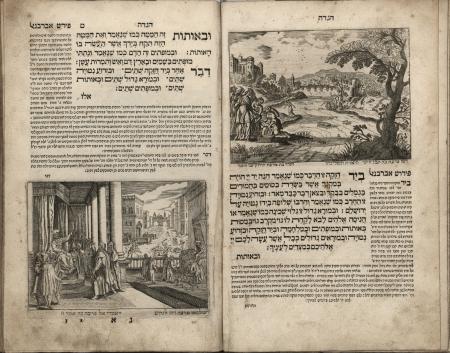