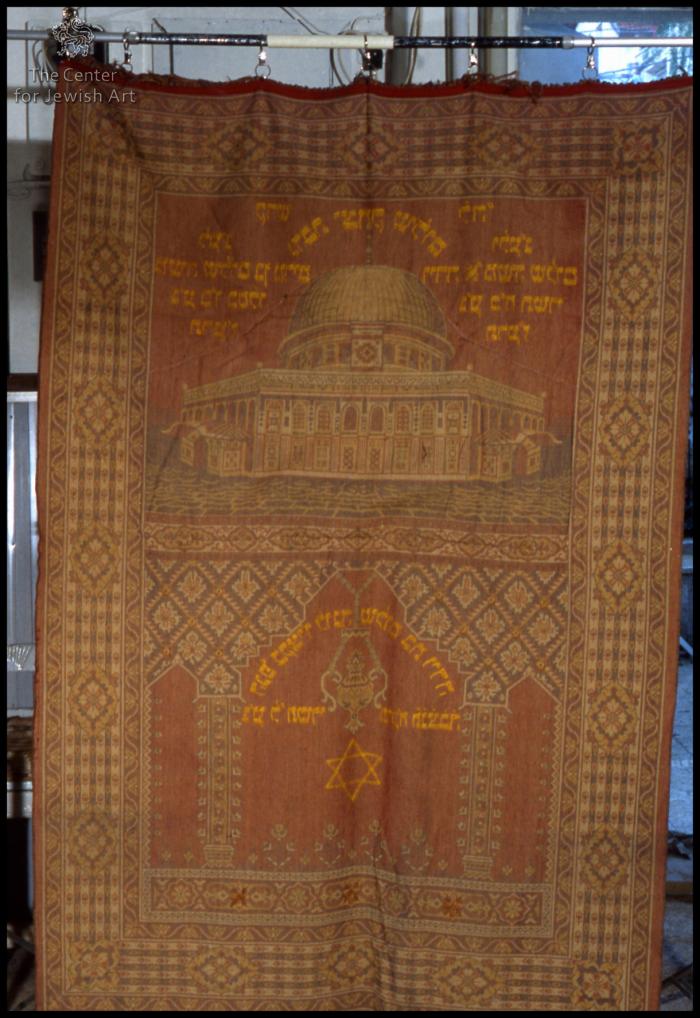 The rectangular Torah curtain is divided into equal lower and upper parts.

The lower part bears an a sacred facade (islamic pray niche - Mihrab). The niche bears a triangular arch and two columns at the sides. A rounded lamp is hanged from the top of the arch. The niche is decorated with several floral motives. A dedicatory inscription, forming a closed semi circle around the lamp, appears in the niche. It is written from right to left in square filled letters, it reads:

May her soul be bound up in the bond of life/”

The Star of David appears under the inscription.

“For the exaltation of the soul of/

Moshe Shalom the son of Miriam/

In the left side the inscription reads:

“And for the exaltation of the soul of/

Vida the wife of Moshe Shalom/

An arch-shaped inscription appears above the dome of the Dome of Rock, connecting the inscriptions on the sides. It is written in square filled letters from right to left and reads:

“A donation of Izhak Shalom”

The inscription is surmounted by the words, written in square filled letters, one word on each side: “Dedication to the Lord”.

May his soul be bound up in the bond of life”/

The curtain is framed by a pattern which consists of three bands: two identical narrow strips bearing floral motif and a wide band between them. The band depicts a decoration of foliate rhombs alternating with narrow vertical strips with small flowers. 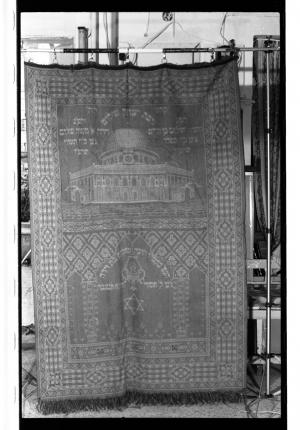 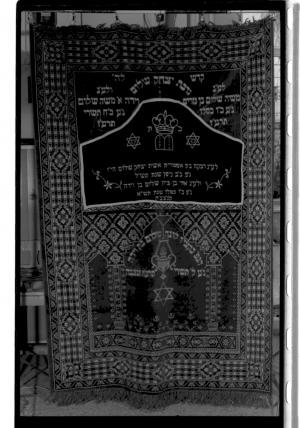 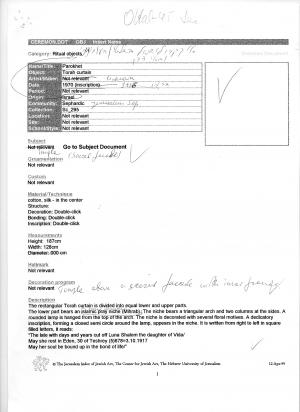 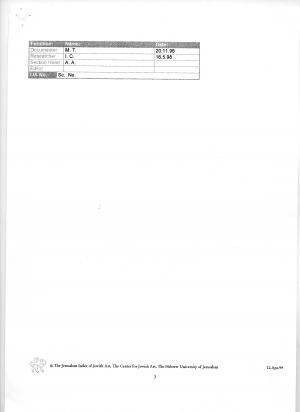 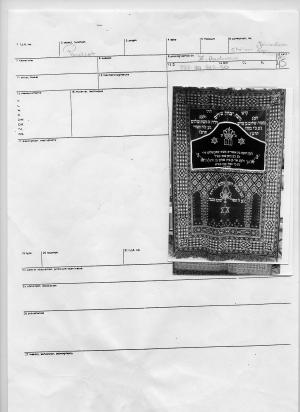