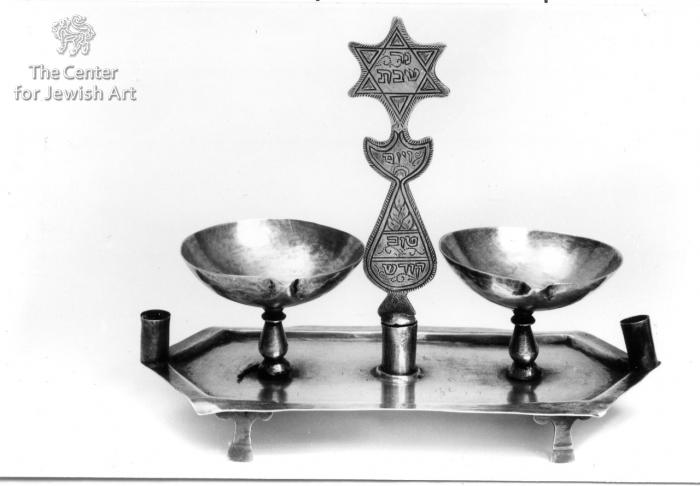 The candlesticks are made of silver and consists of a tray, oil containers, candle sockets and a handle bar.

The tray is rectangular with two triangle ribs and raised borders. It is mounted over four foliate legs. Two oil containers are mounted over undulating shafts. The oil containers have a bowl shape and a pointed saucer. Two cylinrical candle sockets are fixed at both sides of the tray. The handle bar is placed in the centre of the tray between the oil containers. The bar is flat and undulating and terminates in a Star^of^David~ motif. It bears a dedicatory inscription which is engraved in outline letters and reads:

Side A.: נרשבת ויום ..טוב קודש !A candle for Sabbath and a holy good day! 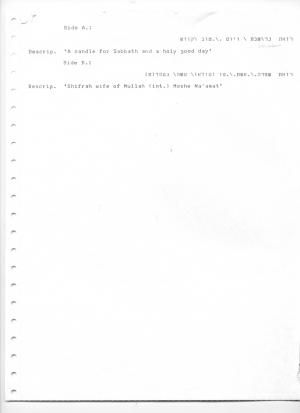 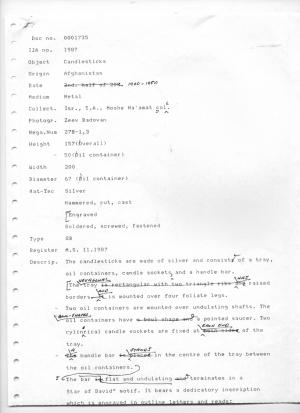 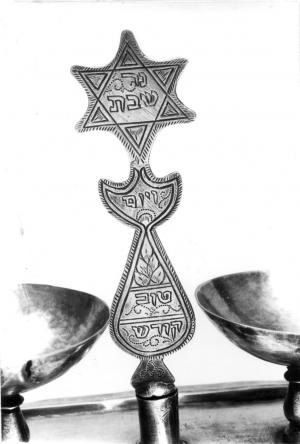 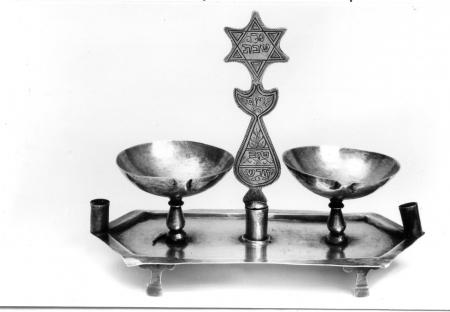 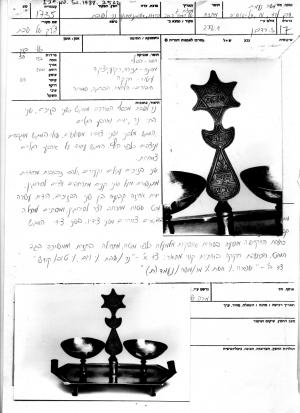