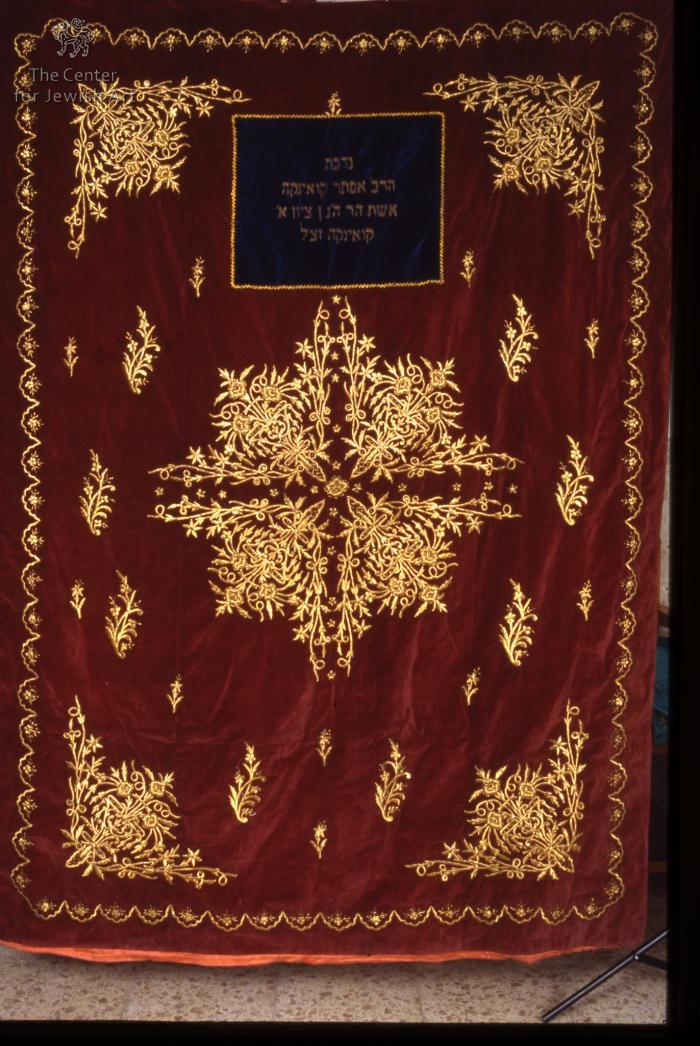 The rectangular Torah curtain consists of a main cloth and a dedicatory inscription. The curtain bears a square floral pattern in its center. The pattern is divided into four vases of flowers, forming a square. The same vases are depicted in the corners of the curtain, one in each corner facing towards the center. The central pattern is symmetrically circled by small flowers forming an a elipse. The curtain is framed by a wavy line, bearing a small flower in each wave. The framed dedicatory inscription appears in the curtain’s upper part. The inscription is written in square letters from right to left. It reads:

The wife of Rabbai the late Ben Zion A./

Koinka the righteous of blessed memory”/ 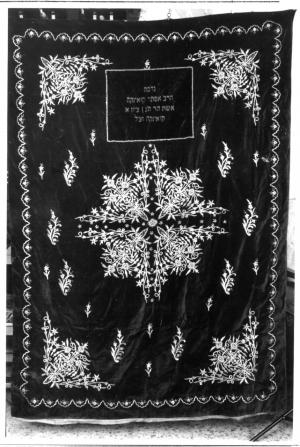 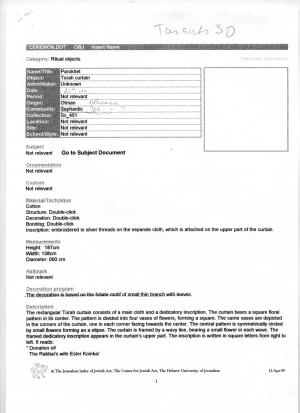 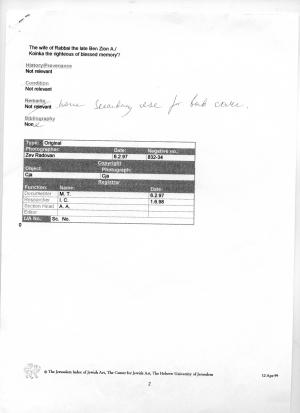 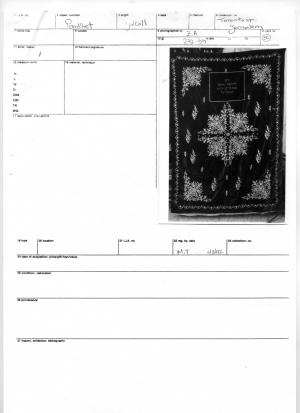 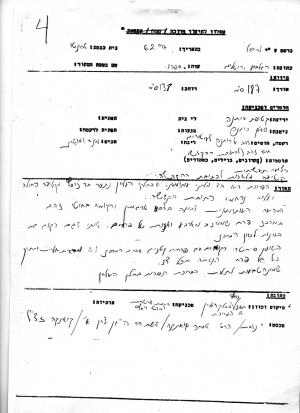 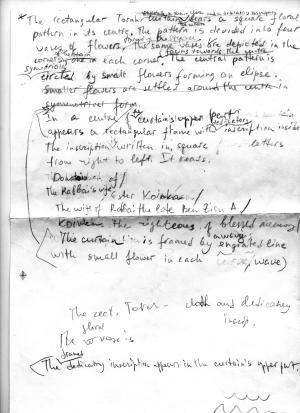 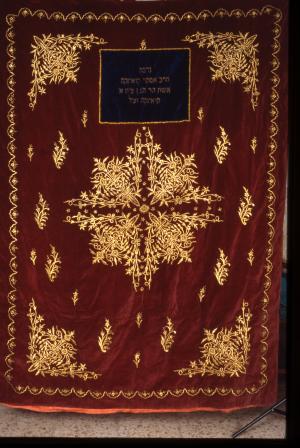 The decoration is based on the foliate motif of small thin branch with leaves.