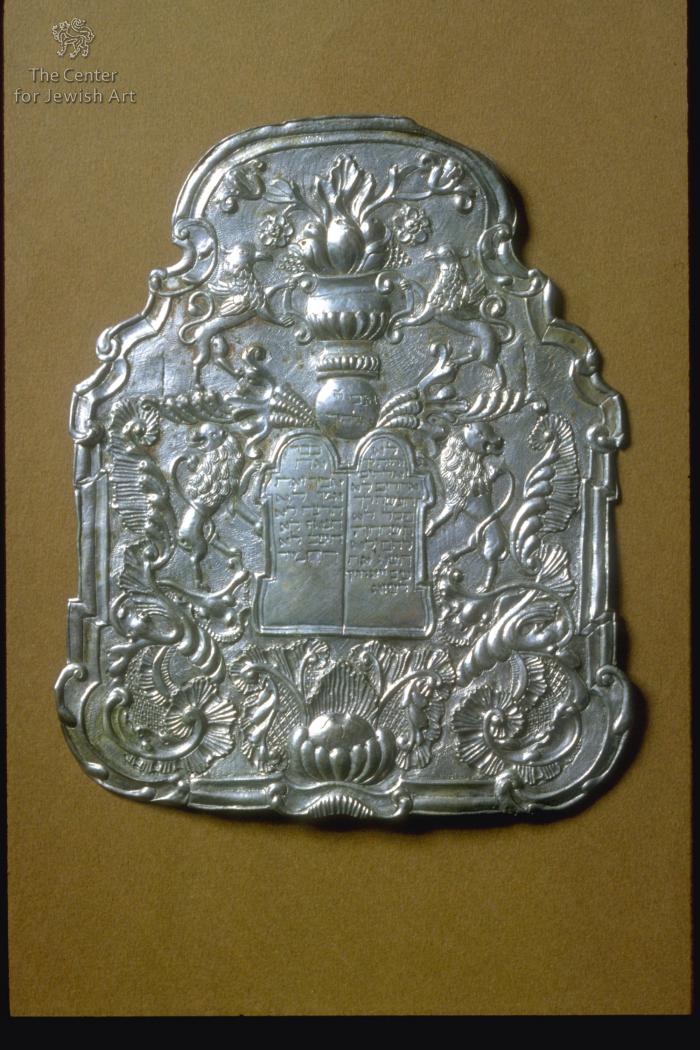 © Center for Jewish Art, Photographer: Radovan, Zev, 1992
The silver Torah shield consists of a plate. Depicted in the center are the Tablets of the Covenant, inscribed with the first words of the ten commandments, five in each side. They are flanked by two lions rampant regardant and surmounted by a leafed medallion on which is inscribed the opening words of the first commandment. A two handled vase holding flowers tops the medallion. Two rampant facing griffins flank the vase and grasp a handle. A leafed flower is located at the base of the shield. A foliate scroll frames the composition. The shield is framed by "c" scrolls and foliate scrolls. The shape of the field follows the decoration.
Summary and Remarks 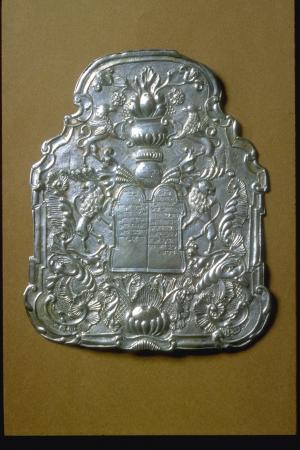 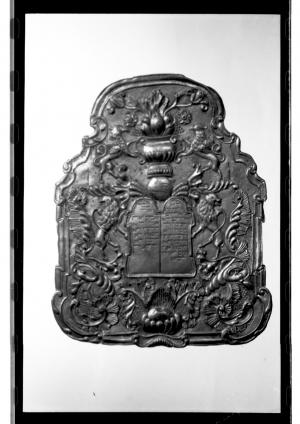 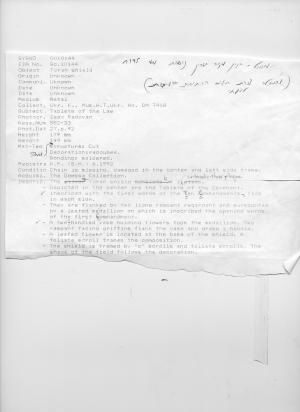 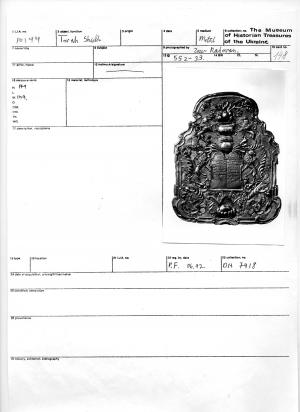 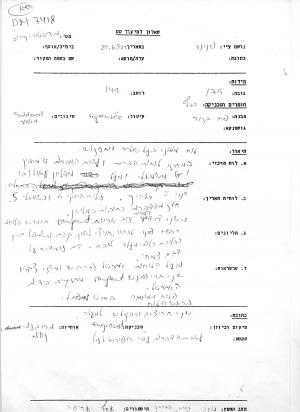