The silver Torah shield is rectangular and terminates with a wavy top. It consists of a plate.

The decoration is arranged simmetricaly on both sides of a central axis. In the center it depicts the Tables of the Covenant that bears the begining of the ten commandnents five on each side. A lion and a unicorn support the tablets from the sides. The rampant animals hold them with their front legs. Above the tablets is an elliptic openning framed by a wreath, and surmounted by an open-winged eagle. On both sides of the shield are two columns with crown-like capitals and square bases. Two snakes with griphon head twist around the columns. They lay their heads on the bases and face each other. Between the bases are musical instruments intertwined with leavs. In the center is depicted a drum flanked on right by three trumpets, and on left by a violin and a mandoline. A dedicatory inscription is inscribed on each of the colomns's base. Hardly seen it is read:

Two holes are pierced on each side of the opening at the top of the shield. Probably used to hang the chain. 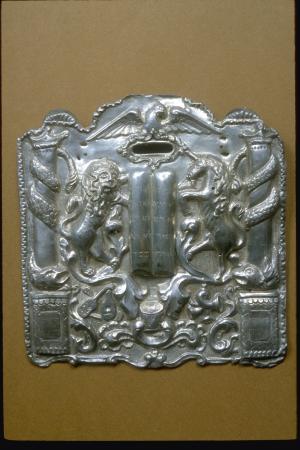 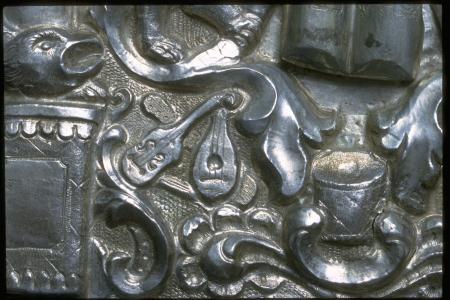 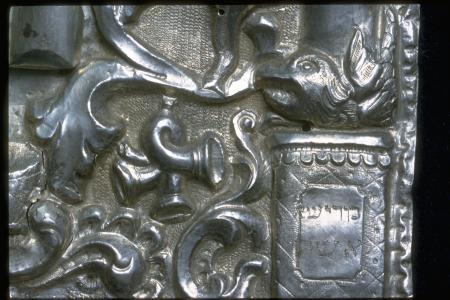 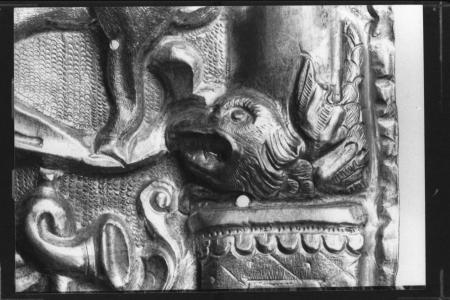 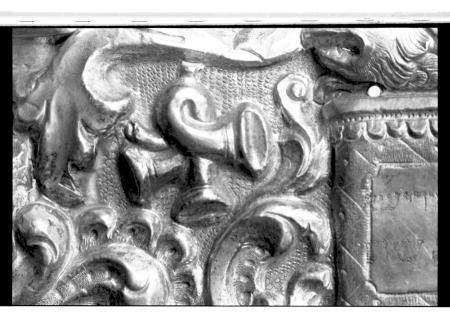 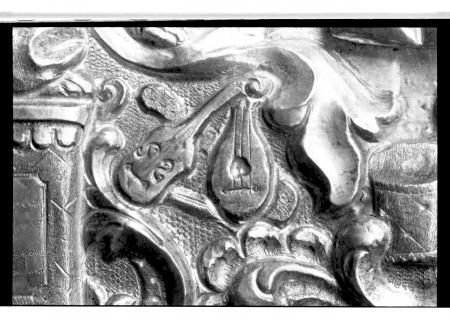 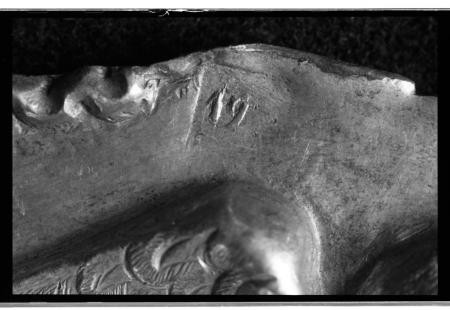 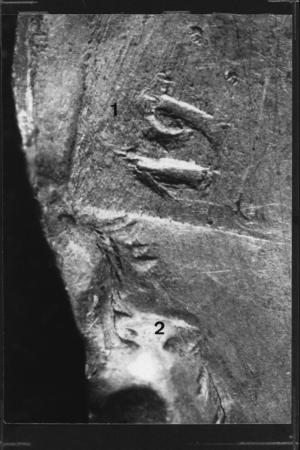 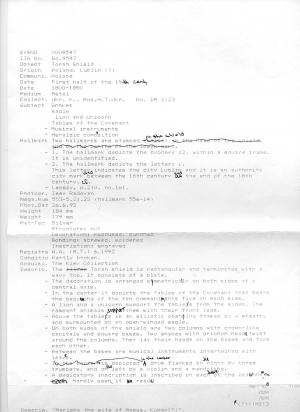