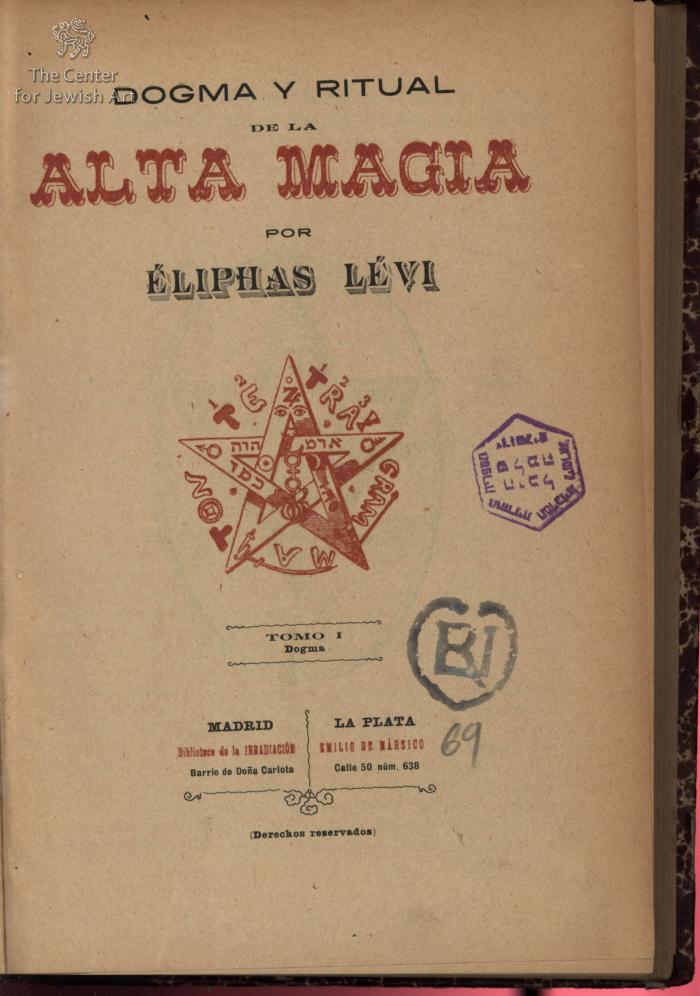 Eliphas Levi, born Alphonse Louis Constant (February 8, 1810 – May 31, 1875), was a French occult author and ceremonial magician. "Eliphas Levi", the name under which he published his books, was his attempt to translate or transliterate his given names "Alphonse Louis" into Hebrew although he was not Jewish.
Levi was the son of a shoemaker in Paris; he attended the seminary of Saint Sulpice and began to study to enter the Roman Catholic priesthood. However, while at the seminary he fell in love, and left without being ordained. He wrote a number of minor religious works: Des Moeurs et des Doctrines du Rationalisme en France ("Of the Moral Customs and Doctrines of Rationalism in France", 1839) was a tract within the cultural stream of the Counter-Enlightenment. La Mère de Dieu ("The Mother of God", 1844) followed and, after leaving the seminary, two radical tracts, L'Evangile du Peuple ("The Gospel of the People", 1840), and Le Testament de la Liberté ("The Testament of Liberty"), published in the year of revolutions, 1848, led to two brief prison sentences.
In 1853, Levi visited England, where he met the novelist Edward Bulwer-Lytton, who was interested in Rosicrucianism as a literary theme and was the president of a minor Rosicrucian order.[2] Levi's first treatise on magic appeared in 1854 under the title "Dogme de la Haute Magie", followed in 1856 by the companion "Ritual de la Haute Magie". The two books were later combined into one book titled Dogme et Rituel de la Haute Magie, which was translated into English by Arthur Edward Waite as Transcendental Magic, its Doctrine and Ritual in 1910. Its famous opening lines present the single essential theme of Occultism and gives some of the flavor of its atmosphere:
Behind the veil of all the hieratic and mystical allegories of ancient doctrines, behind the darkness and strange ordeals of all initiations, under the seal of all sacred writings, in the ruins of Nineveh or Thebes, on the crumbling stones of old temples and on the blackened visage of the Assyrian or Egyptian sphinx, in the monstrous or marvelous paintings which interpret to the faithful of India the inspired pages of the Vedas, in the cryptic emblems of our old books on alchemy, in the ceremonies practised at reception by all secret societies, there are found indications of a doctrine which is everywhere the same and everywhere carefully concealed. (Introduction)
Although famous, the Introduction was not written until 1861 after the initial success of the first edition.
Levi began to write in succession Historie de la Magie in 1860. The following year, in 1861, he published a sequel to Dogme et Ritual, La Clef des Grands Mystères ("The Key to the Great Mysteries"). Further magical works by Lévi include Fables et Symboles ("Stories and Images"), 1862, Le Sorciere de Meudon ("The Witch of Meudon") 1865, and La Science des Esprits ("The Science of Spirits"), 1865. In 1868, he wrote Le Grand Arcane, ou l'Occultisme Dévoilé ("The Great Secret, or Occultism Unveiled"); this, however, was only published posthumously in 1898.
Lévi's version of magic became a great success, especially after his death. That Spiritualism was popular on both sides of the Atlantic from the 1850s contributed to this success. His magical teachings were free from obvious fanaticisms, even if they remained rather murky; he had nothing to sell, and did not pretend to be the inititate of some ancient or fictitious secret society. He incorporated the Tarot cards into his magical system, and as a result the Tarot has been an important part of the paraphernalia of Western magicians. He had a deep impact on the magic of the Hermetic Order of the Golden Dawn and later on the ex-Golden Dawn member Aleister Crowley. He was also the first to declare that a pentagram or five-pointed star with one point down and two points up represents evil, while a pentagram with one point up and two points down represents good. It was largely through the occultists inspired by him that Lévi is remembered as one of the key founders of the 20th century revival of magic. 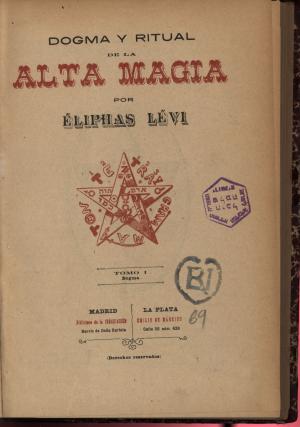 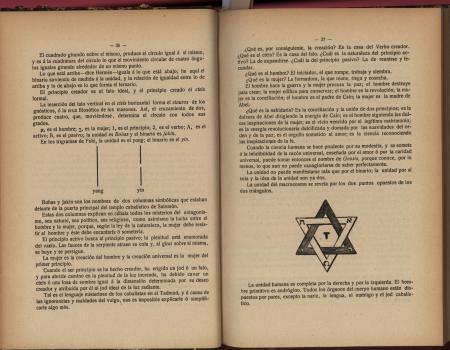 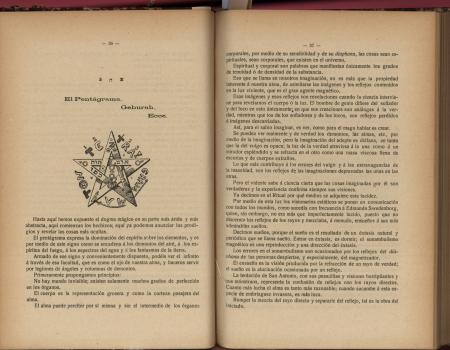 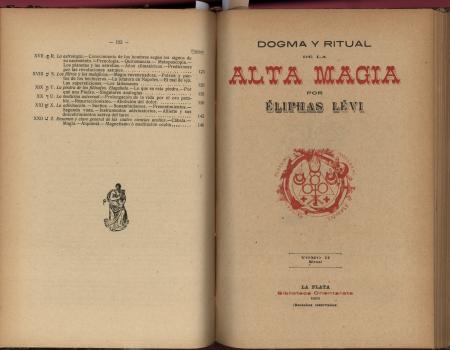 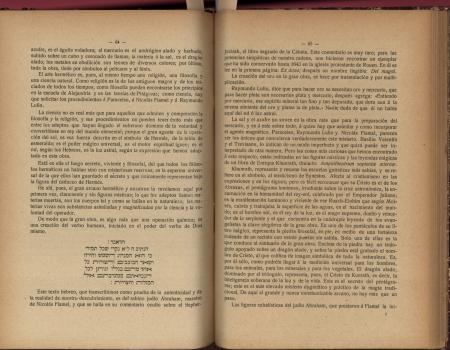 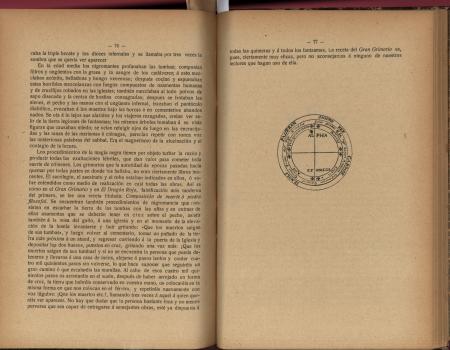 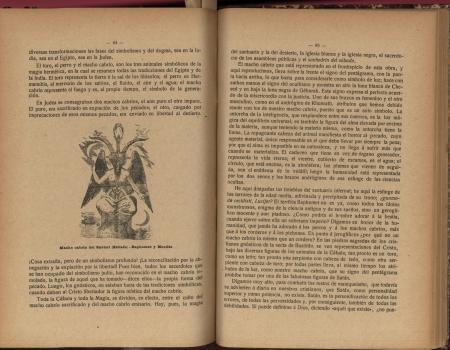