The decoration of this example of a Torah binder is mainly characterized by the use of hollow Hebrew letters. The decoration is relatively sparse as opposed to 18th-century embroidered examples of the genre. This is among the earliest of the many Wimples in the Gross Family Collection. 17th-century binders are quite rare. 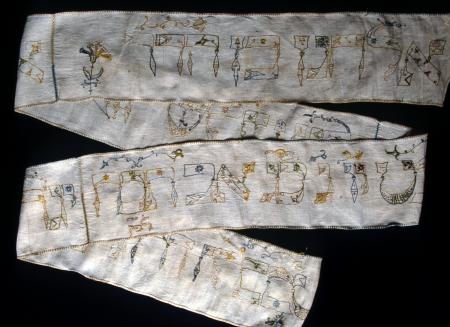 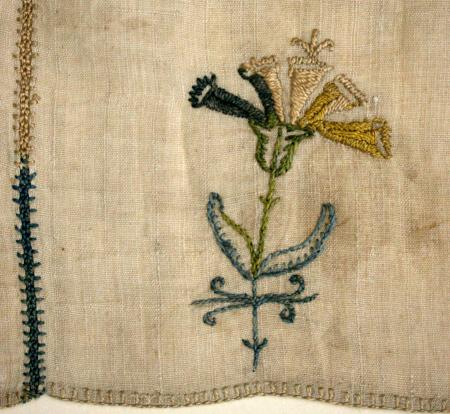 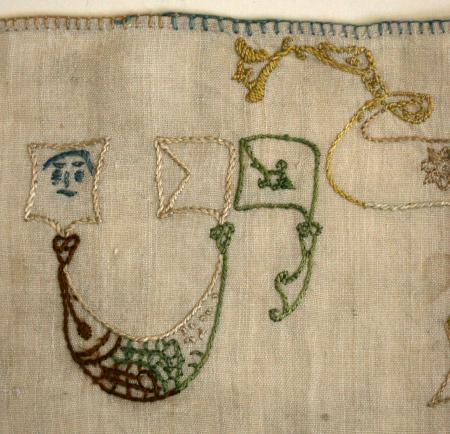 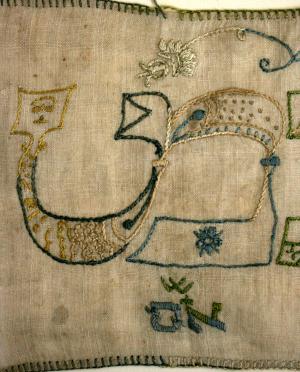