Such a silver book binding was not a regular item of Jewish use in Turkey, or, for that matter, in any of the Eastern communities. Therefore this example is extremely rare. The work and decorative motifs are very much those used on the back of mirror holders produced in Istanbul. The spine carries an inscription for the owner and a date that is very early for silver ritual objects in the Ottoman Empire. There is an additional inscription on one of the covers that is later by almost 80 years.

On the spine in three sections: Top: I am privileged to have his work, may he be blessed Middle: I, the young, important and honorable rabbi Mordechai, son of the honorable, Bottom: Asher Biti, may his rock and redeemer protect him, the year 5578 [1818]

Later inscription on both covers: Front: Reuven, may the Lord sustain him and grant him favor Back: Avraham Shalchut, 5656 [1896] 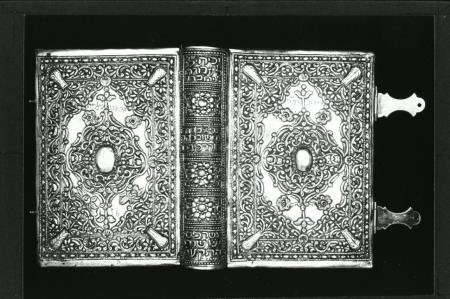 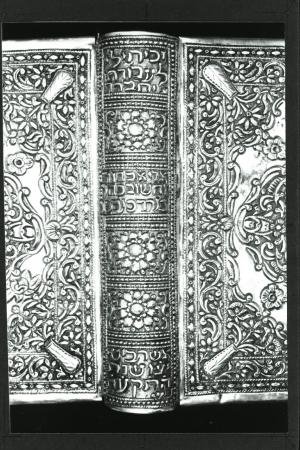 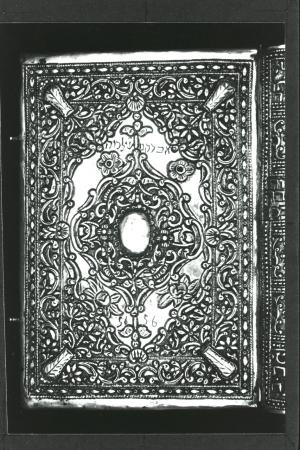 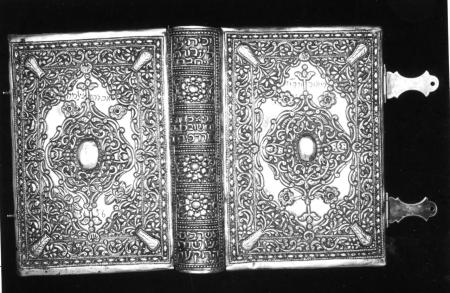 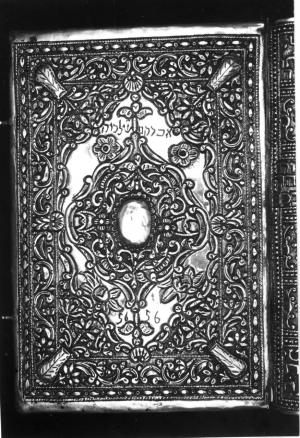 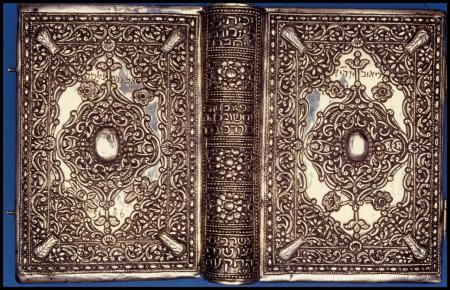