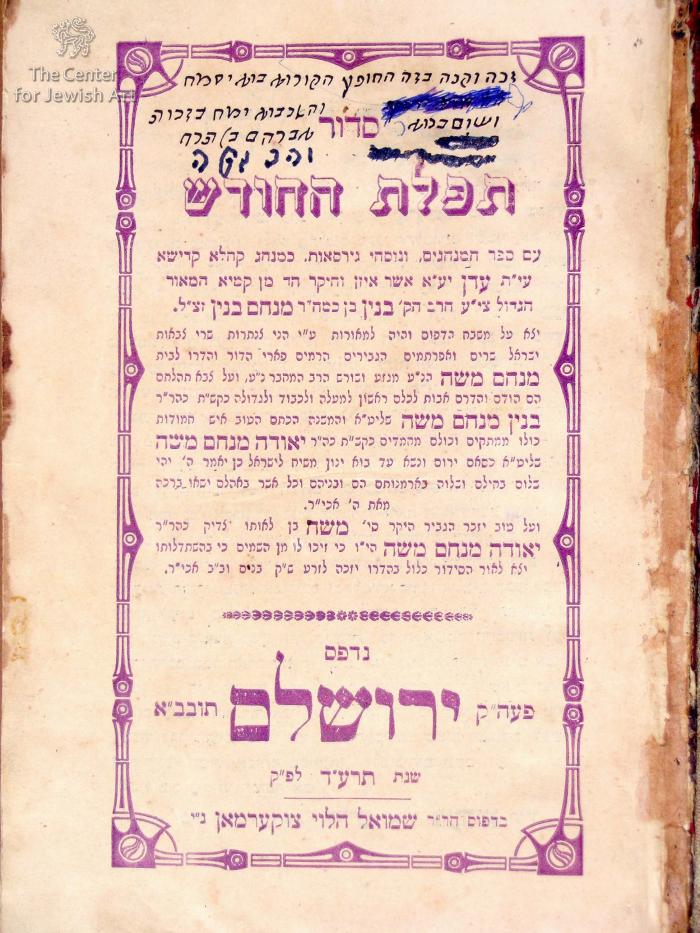 Prayerbook according to Nusach Aden, printed in Jerusalem for use in Aden.
With Shiviti Menorah on two pages; stamp showing the Western Wall and Temple Mount.Leather binding with silver floral element in center.

Shmuel ben Ya’akov Halevy Zuckerman was born in Mesiritch in 1856. As a six-year-old child he made Aliyah with his parents. He learned the printing trade while working for Yisrael Bak, after whose death he continued in the printing house of Bak’s son Nisan. He soon went to London, however, and worked in printing there before returning to Eretz Israel to work in the shop of Ag”n. By 1885 he was a partner in that enterprise and from 1886 became the sole owner, publishing books under his name, becoming one of the foremost printers in Jerusalem. The press operated in the Old City of Jerusalem until Zuckerman moved it to the new city in 1926. Up to 1890 almost 80 books were printed from his press in addition to many single sheets. More than 100 items from the Zuckerman printing house exist in the Gross Family Collection.
Hebrew printing in Yemen only existed in Aden, and only from 1891 onward. A small number of religious books were printed there for the needs of religious life, cf. liturgical books and rules for ritual slaughter. In many cases the important longer books that were needed there were sent abroad for printing, primarily to Jerusalem. 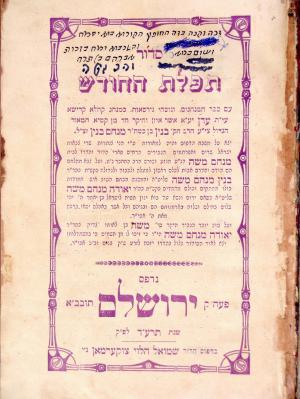 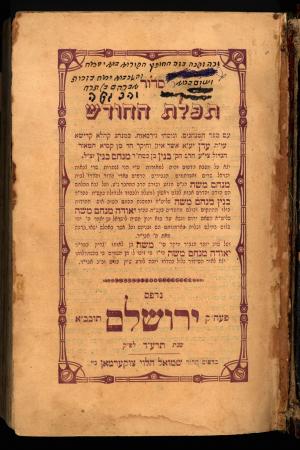 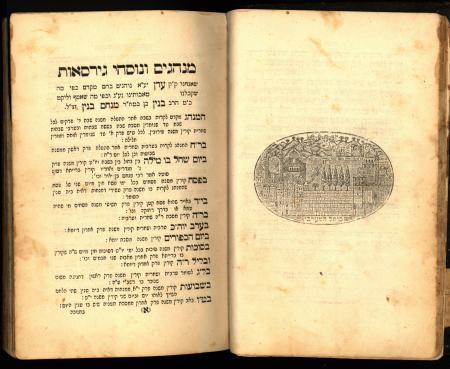 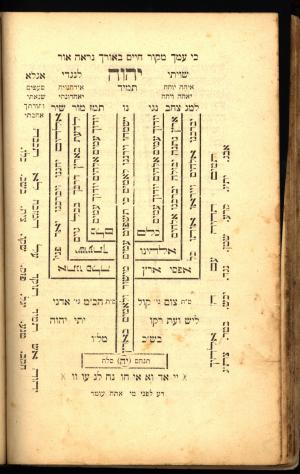 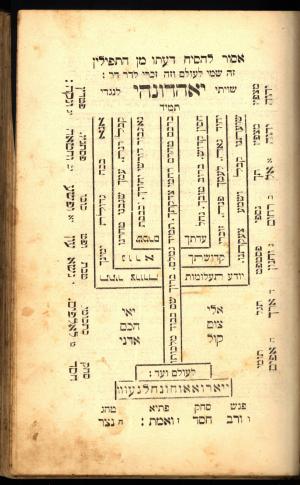 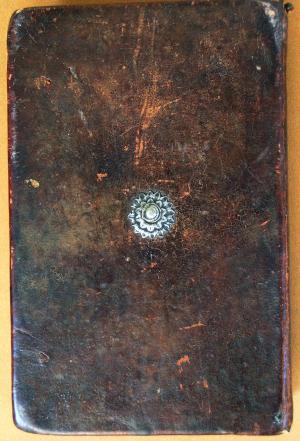