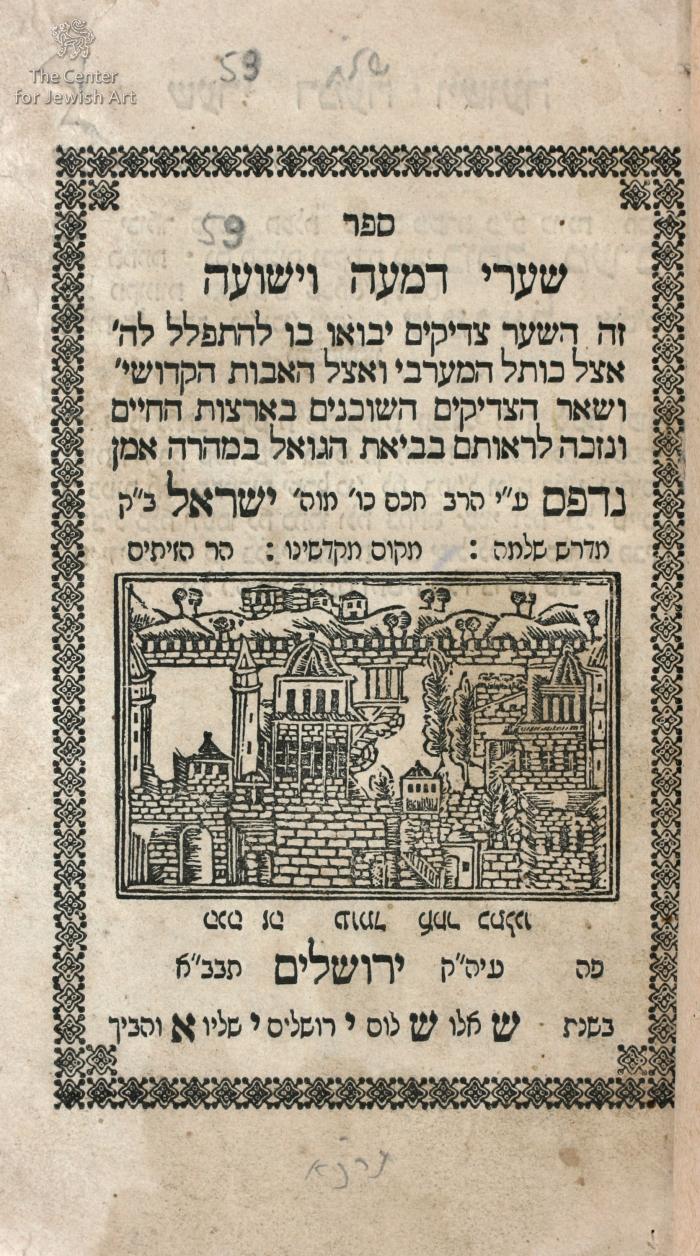 A guide with prayers for reciting at the Kotel and other Holy Tombs in the Holy Land. Originally published by Bak in 1849, the book records the prevailing custom of Jerusalem: “When approaching the Western Wall, one must remove one’s shoes before kissing the stones of the Kotel, thereafter, bow deeply and say…”
Woodcut illustration shows "Midrash Shlomo, The Site of the Holy Temple, and The Mount of Olives".
This edition too was published in Jerusalem by Yisrael ben Avraham Bak, who was born in in 1797 in Berdichev, Ukraine. In 1815, he founded a printing press in his home town and published 30 books from there until the press closed. In 1831 he made Aliyah to the Holy Land and settled in Safed. The following year Bak established a printing press, resuming Hebrew printing in that city for the first time in 245 years. His press was damaged in both the peasant revolt of 1834 and the earthquake of 1837. The final destruction came with the Druze revolt of 1838, after which Bak left Safed and went to Jerusalem. In 1841 he established a Hebrew press for the third time. His was the first Hebrew press ever in the Holy city of Jerusalem. For 33 years Bak continued to print in Jerusalem, some 130 volumes, and many single sheet publications, until his death in 1874. In addition to the importance of his printing activity, Bak was also a leader of the Chasidic community and with his son Nisan established the Tiferet Israel synagogue in Jerusalem for Chasidim. 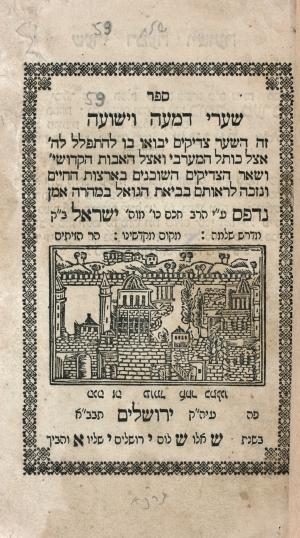 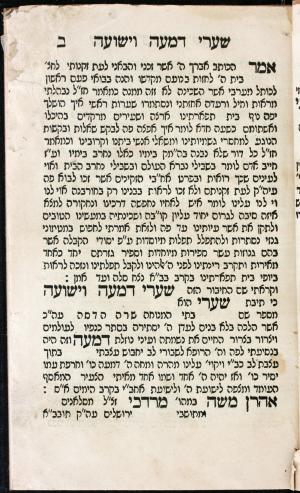