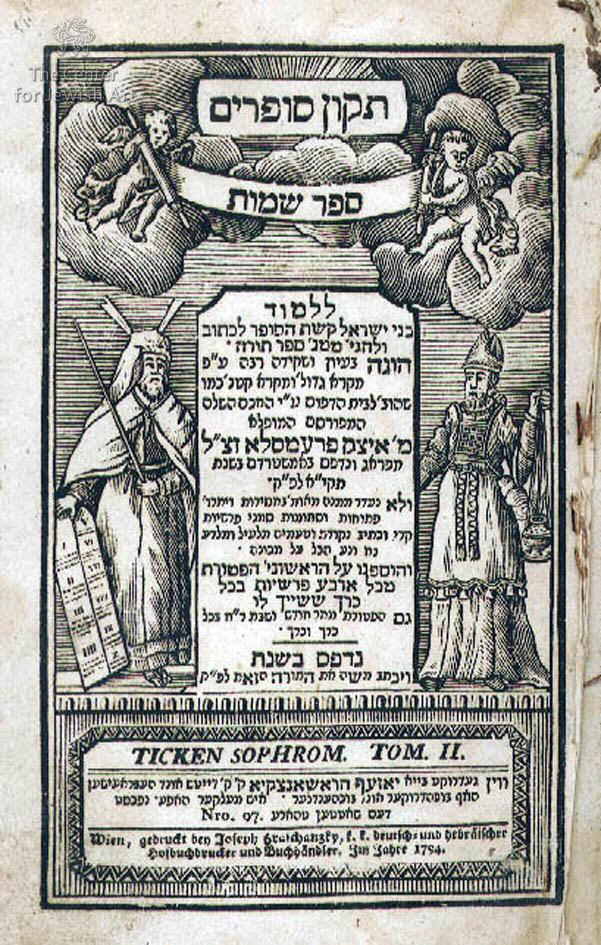 The Hraschanzky printing firm began with the activity of Joseph Hraschanzky. He first learned the printing trade with the Neumann printing house in Milulov after which time he opened his own publishing house in Vienna. He was an active printer in Vienna from 1785 to 1806. the date of his death, with the first Hebrew book issued from his press in 1787/88. His son, Georg, continued the activity of the firm, almost exclusively in the Hebrew book field, until 1813. But the times were difficult in Vienna and the business suffered difficulties. In that year the firm was sold and further printings were issued under the name of Georg Holtzinger. Hraschansky printed books in several languages including a significant section for Hebrew books and exported his publications. During the 30 years of the Hraschanzky firm, they printed 219 books of which 111 were in Hebrew.
Frontispiece 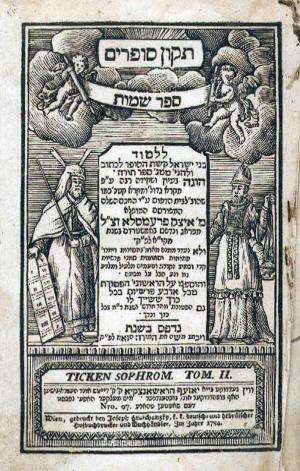 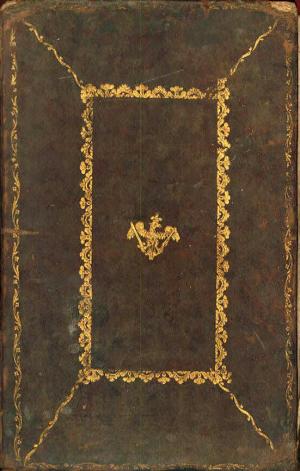 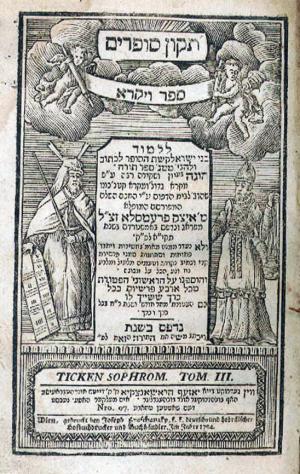 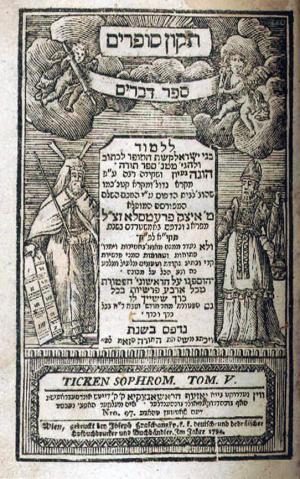