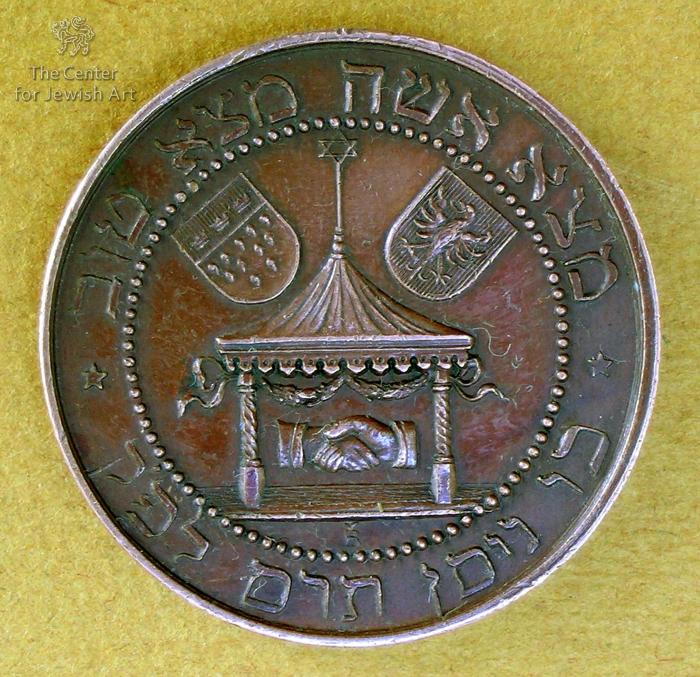 In traditional Judaism, marriage is viewed as a contractual bond commanded by God in which a man and a woman come together to create a relationship in which God is directly involved. (Deut. 24:1) Though procreation is not the sole purpose, a Jewish marriage is traditionally expected to fulfill the commandment to have children. In this view, marriage is understood to mean that the husband and wife are merging into a single soul, which is why a man is considered "incomplete" if he is not married, as his soul is only one part of a larger whole that remains to be unified

In the last part of the 19th century and the first decades of the 20th the custom grew for some families to issue a commemorative medal for a wedding. These medals were minted for a particular wedding as in this example. This was made for the marriage of Helene Emanuel to Siegfried Loewenthal in 1900 in the city of Bingen, Germany. Inscription: Whoso findeth a wife findeth a great good (Proverbs 18:22) 26 Nisan (5) 660 [1900]. Zur Erinnerung and die Vermählung von Fräulein Helene Emanuel aus Köln mit Herrn Siegfried Löwenthal aus Frankfurt a/M. Gefeiert zu Bingen am 25. April 1900 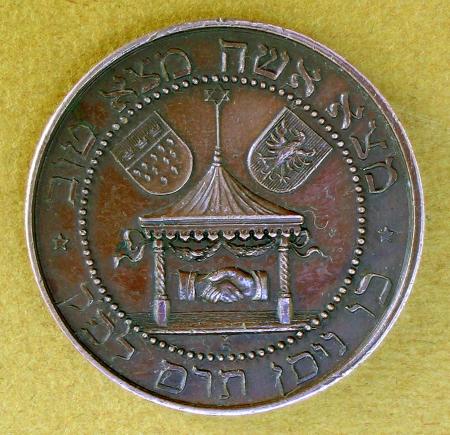 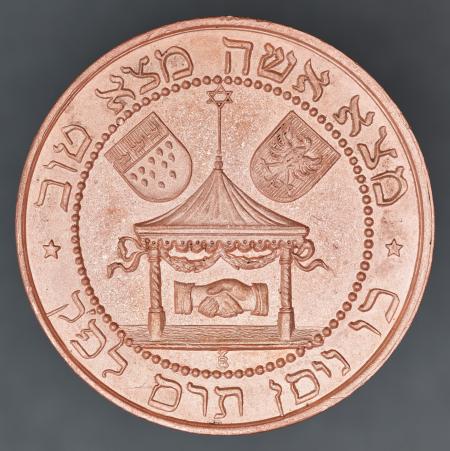 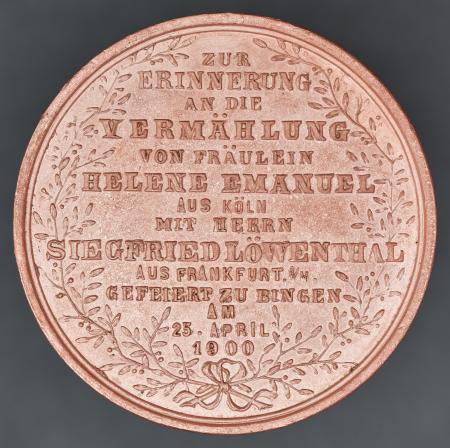 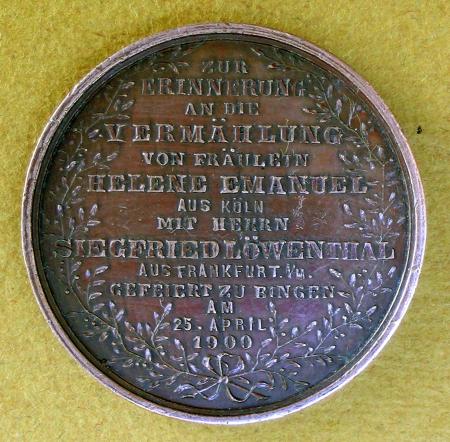