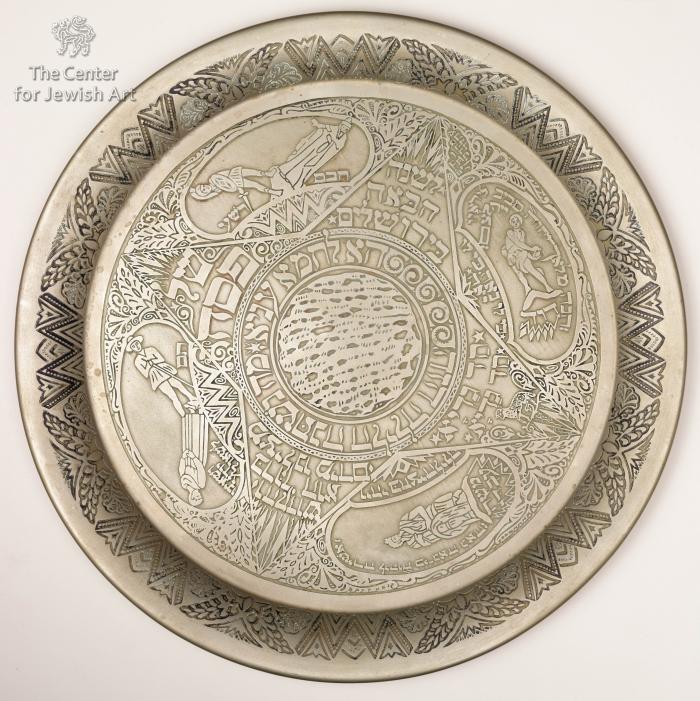 Heinrich Schwed was born in 1880 in Reichmannsdorf. He worked in Munich, having a shop for signage and other metalwork called "Heinrich Schwed - Schilder- und Metallkunst". Schwed apparently developed this line of Jewish motif plates around 1924. He produced many different models using the acid etching technique. Those that are dated are almost all from 1924 or 1925. He finally emigrated to Buenos Aires in 1938, and died there in 1962. .

Inscription: Parts of the Haggadah texts 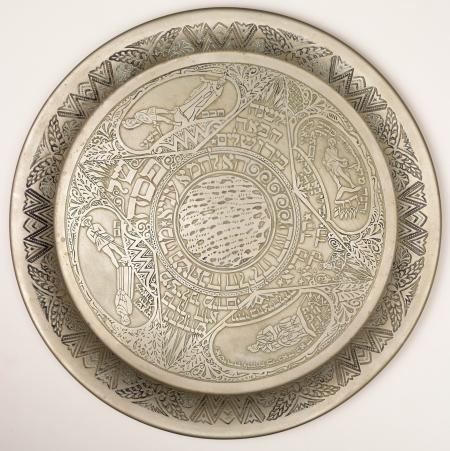 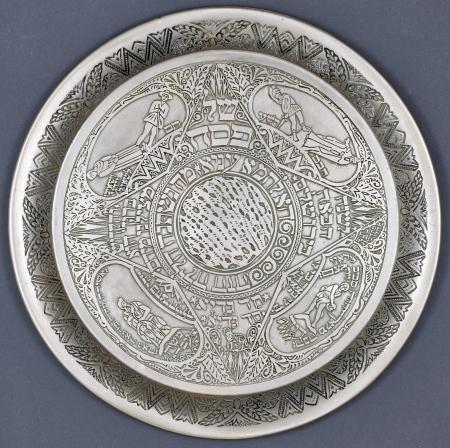 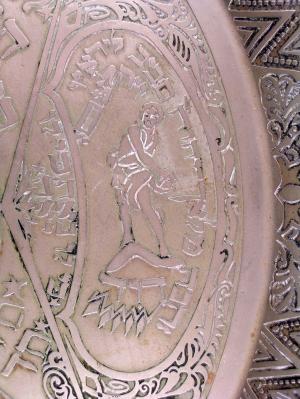