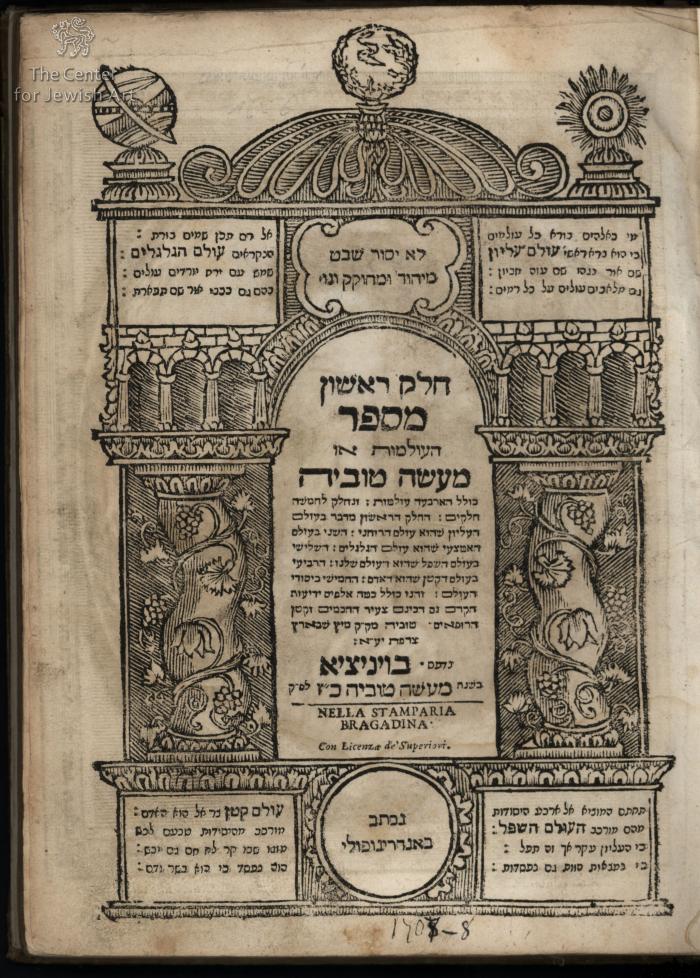 A celebrated encyclopedia of natural sciences, as well as a lexicon of pharmacological and botanical terms in Hebrew, Latin and Turkish; and most significantly, an important section on medicine, including anatomy and gynecology. The book includes discussions on the medical properties of tobaccom a dexcription of the 'plica polonica" (Latin for "Polish plait" a hair disease), and an examination of the magdeburg experiment on the vacuum. The author also discusses the future Redemptiuon and the theological and social consequences of the Sabbatian debacle (see pages 24-29). The author, Tobias Cohen, or Tuviah ben Moshe Katz (1652-1729) was born in Metz and raised by relatives in Cracow and his father's untimely death. He studied medicine in Italy at the University of Padua and went on to serve as a court physician in Turkey. Ma'aseh Tuviah was written in Adrianople, today Edirne. See EJ, Vol. V, cols. 692-693 and JE, Vol. IV, pp.161-162.
Tobias ben Moses Cohn (1652-1729) studied medicine at the University at Padua and practiced in Poland and in Turkey where he became physician to five successive sultans in Constantinople, before retiring to a life of Torah study in Jerusalem. Ma’aseh Tuviyyah, Cohn’s magnum opus, is a profusely illustrated encyclopedia dealing with theology, astronomy, cosmography, geography and botany, with medicine taking up about half of the entire work. The author describes the system of Copernicus but rejects it on religious grounds. On the other hand, he enthusiastically endorses William Harvey’s newly discovered system of blood circulation. One of Cohn’s innovations is the comparison of the human body to a house. The head was the roof, the eyes the windows, and the mouth, the doorway; the chest was the upper story, the intestines were the middle story, the lungs were water tanks and the legs, foundations.
The volume contains one of the most famous anatomical plates in a Hebrew book (p.106r) and numerous scientific text illustrations. There is an Italian approbation of Ecclesiastical authorities on the final page.
First edtion of this "most influential early modern Hebrew textbook of the sciences, especially medicine.... No other Hebrew work dealing exclusively with medical and scientific matters was so widely read and appreciated." See D. B. Ruderman, Jewish Thought and Scientific discovery in Early Modern Europe (1995), pp.229-55.
In 1550 Alvise Bragadin established a Hebrew press in Venice, thus ending a brief monopoly in Hebrew printing in Venice enjoyed by Guistiani (after the closing of the Bomberg press). This press continued as one of Venice’s leading Hebrew print-shops, issuing Hebrew titles in the 18th C under several generations of Bragadins (the last of whom was Alvise III). Throughout the years, the output of the Bragadini press was considerable, and covered the gamut of Hebrew works. The press was somewhat unusual, however, in that the Bragadins themselves did not always take an active role in their printing-house, leaving its operation to other printers, and lending their name to other presses.
164 leaves (8 x 6 in.; 205x 152mm). Foliations:(6), 1-90 (2), 93-130 (1), 132-158. Sectional title pages with architecturalborders; frontispiece with portrait; numerous illustrations.
There are four other editions in the Gross Family Collection.
Maaseh Tovia, astronomy and research, medicine and anatomy, by R. Tovia Katz HaRofeh (Tobias Cohn, physician). Venice, [1707]. First edition. Numerous illustrations and diagrams, including a portrait of the author at the age of 48 on the verso of the title page. A detailed illustration of the human body including the internal organs, paralleling it to a multi-story building, is featured on p. 106a. Approbation by R. David Oppenheim and Venetian rabbis. Poems in praise of the author and book 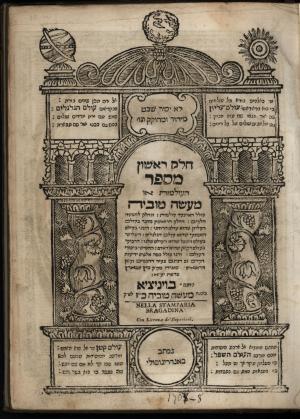 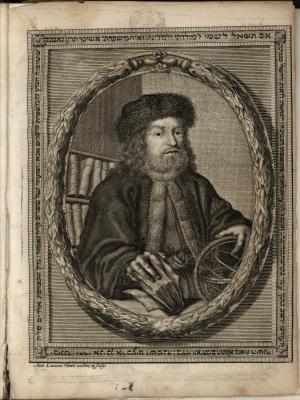 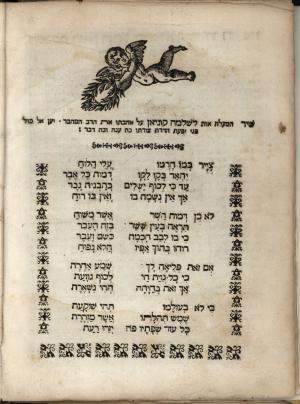 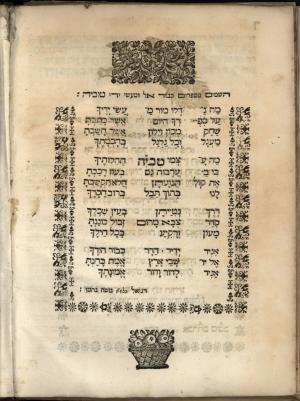 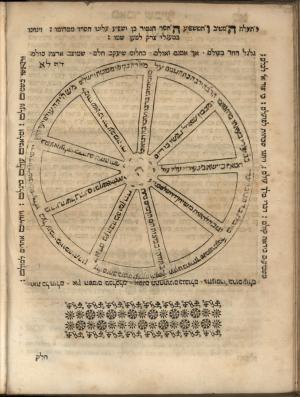 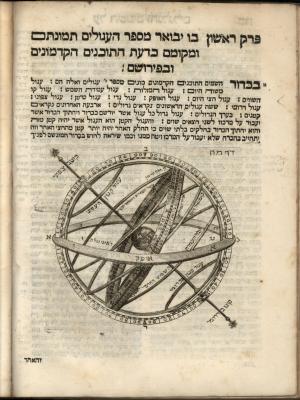 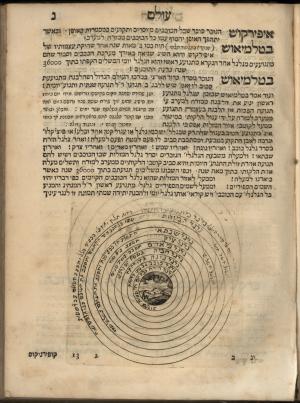 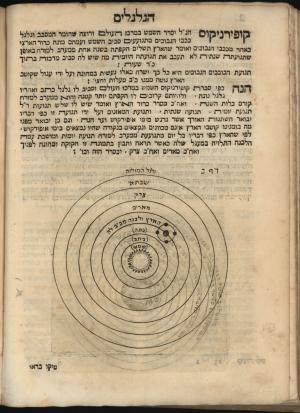