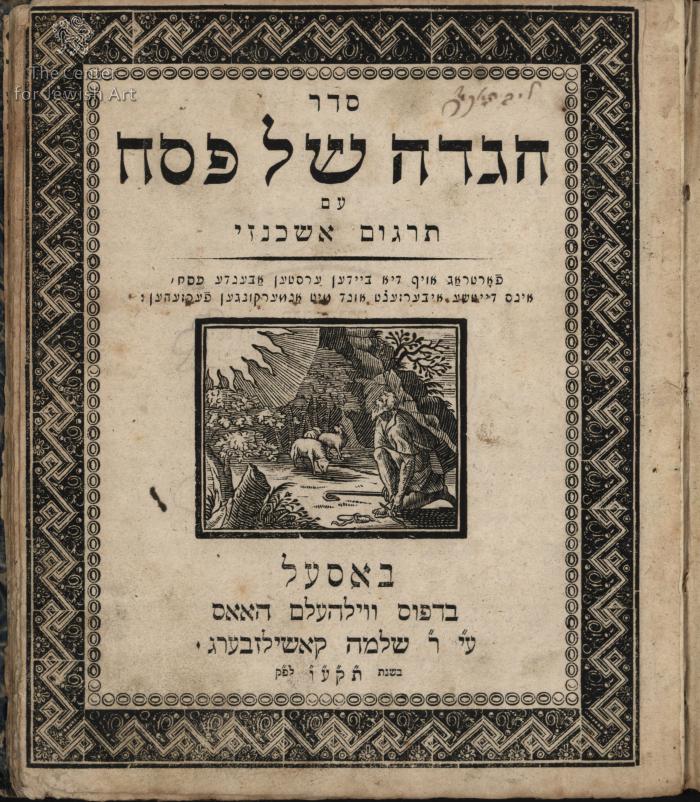 There exist well in excess of a thousand editions of illustrated Passover Haggadot, but very few of them were printed in Switzerland. Printed in Basel, this Haggadah is of great significance not only because of its relative high quality in an age of general decline in the art of the Hebrew book, but also because its illustrations were not the usual slavish copies of those originally used in the Amsterdam Haggadah of 1695 (which were patterned after the biblical illustrations of Matheus Marien).
The Haggadah’s twenty four well-executed woodcuts, however, are not original creations. They were copied from Friedrich Battier’s illustrations to a German Bible published in Basel in 1710 by Johann Brandmüller, Jr. The woodcut of Moses at the Burning Bush on the title page, however, was taken from the frontispiece of the Amsterdam Haggadah of 1712.
The Haggadah was published by Wilhelm Haas, a Christian printer who issued a number of Hebrew books for the Jewish market. In 1722 his father invented a revolutionary hand printing press using many iron parts that enabled greater and more even pressure during the printing process.
In Hebrew and Judeo-German. Bound in publishers paper boards. This Haggadah is considered to be one of the more attractive editions published in the nineteenth century. Textually, it is a reprint of Joel Brill's German translation in Hebrew characters which first appeared in 1785. Printed at the Basel press of Wilhelm Haas, and corrected by Solomon Coschelsberg, the Haggadah contains twenty-four pleasing and well-executed woodcuts, copied from Friedrich Battier's illustrations to a German Bible published in Basel in 1710. Yudlov 565, Yaari 399
56 pp.
Editor: Shelomo Kashilsberg 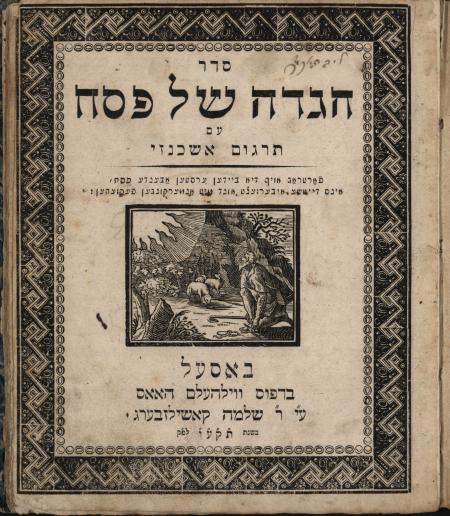 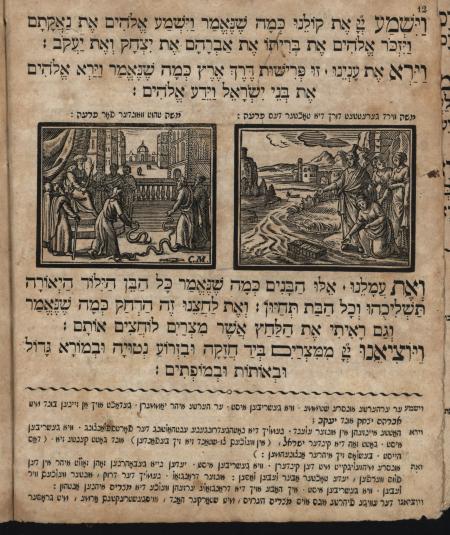 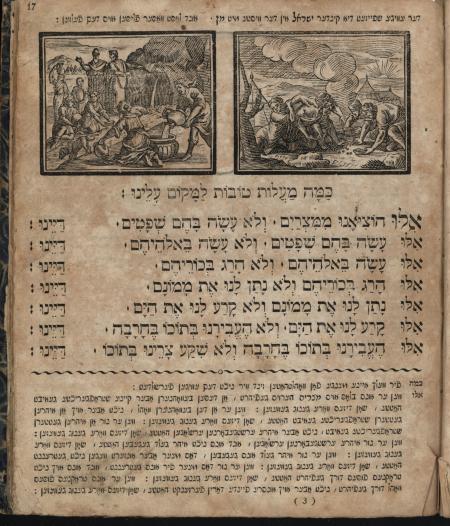 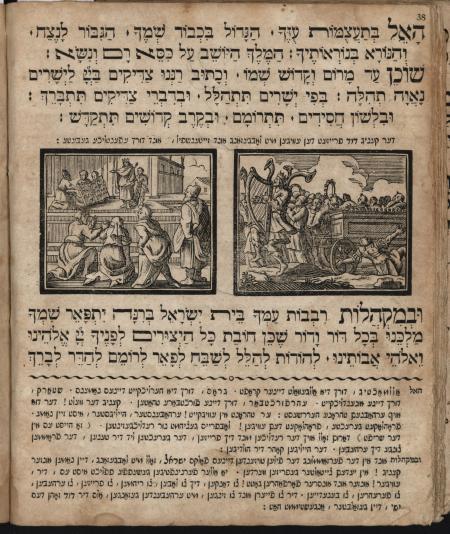 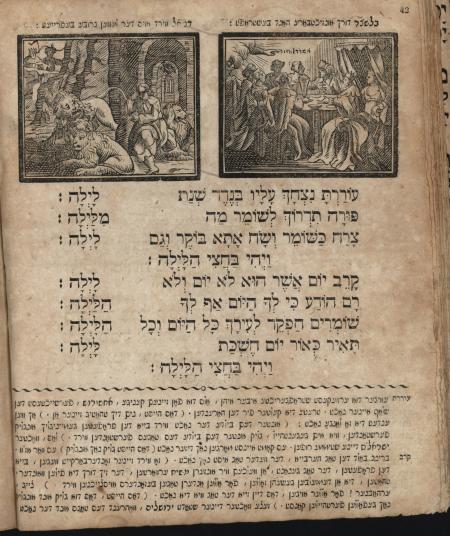 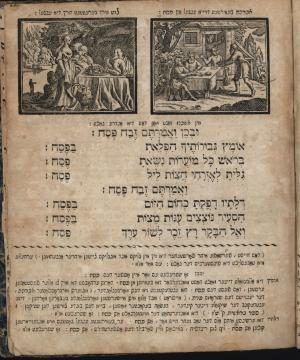 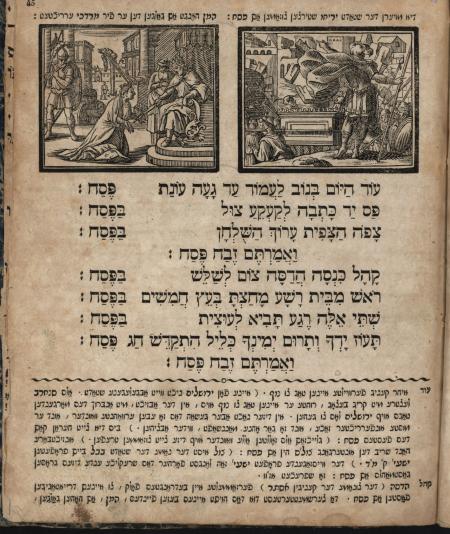