The niello work in the Caucuses was a specialty of the town of Kubachi in Dagestan. This pair of Torah finials, or "Rimmonim" in Hebrew, is an extremely interesting and rare type from the mountain city of Menjalis in Dagestan. The Jewish population belonged to the group of "tati" or mountain Jews, who had their own special language, as in the city of Kuba in Azerbaijan. The Rimmonim are decorated in fine niello work, with a variety of fantastic animals depicted. There exists in a private collection a singleton of the same type, probably from the same silversmith. But this is only known complete pair. This kind of niello work is typical of the region, but, as opposed to the situation in many Muslim countries, in this area, the silversmiths were not usually Jews. Niello work was the specialty of silversmiths in the town of Kubachi in Dagestan, even to this day. Most of the Jews from this area of the Caucuses have immigrated to Israel. 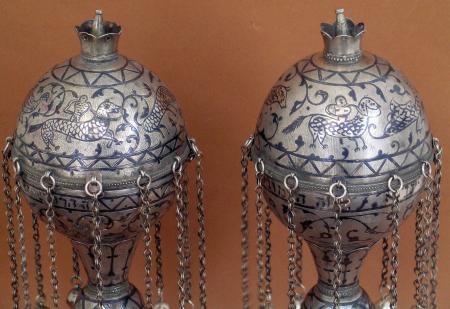 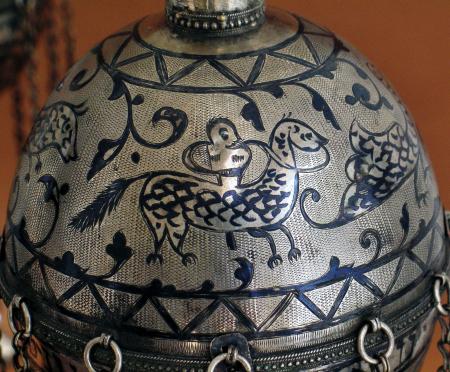 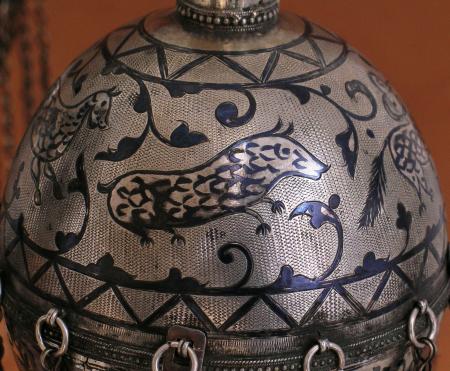 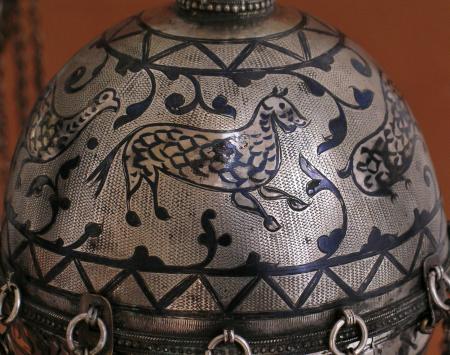 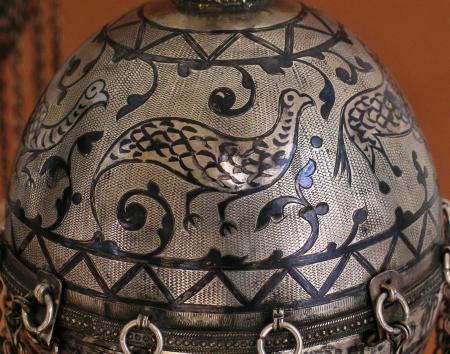 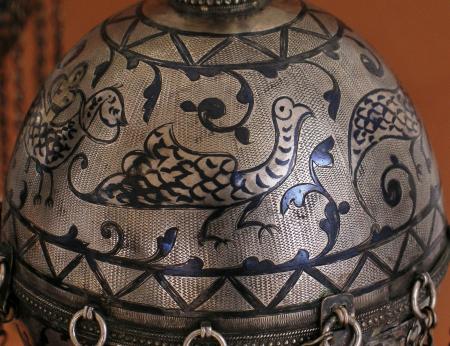 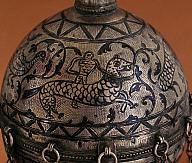 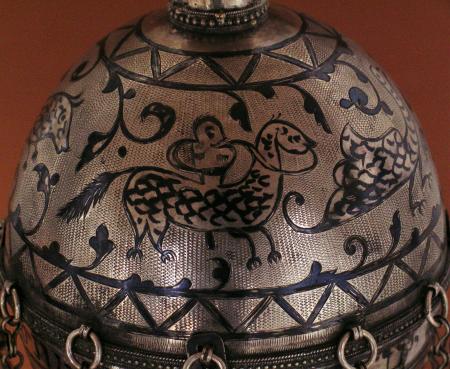