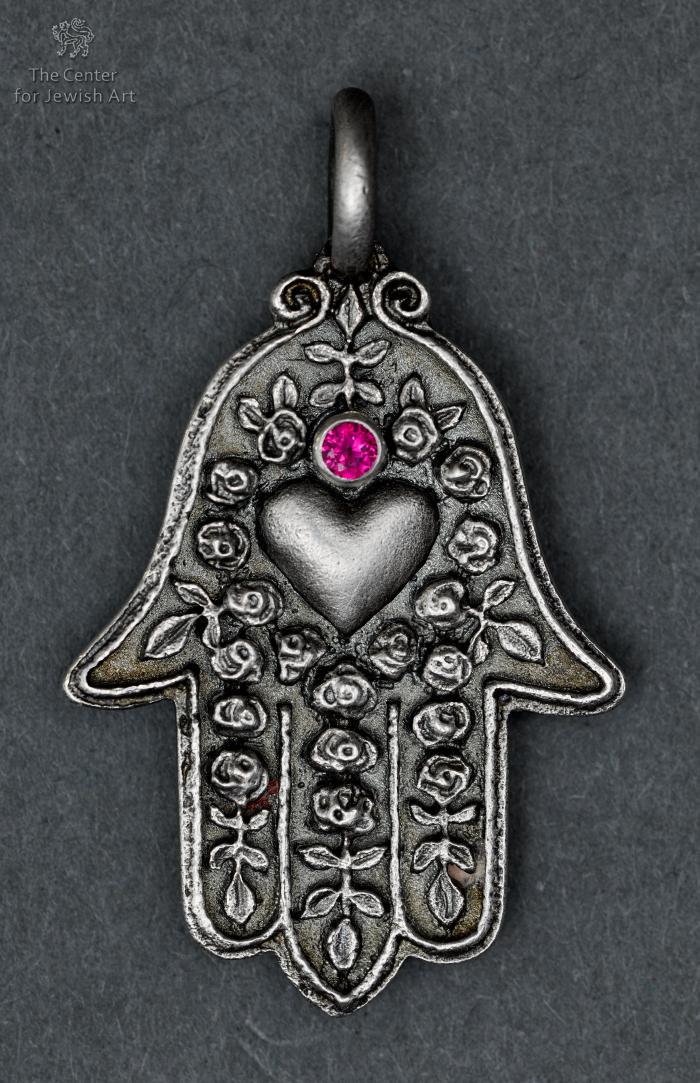 This modern version of the hamsa was made for an exhibition about the hamsa that took place in the regional Museum in Schwaebisch Gmuend, a town about 50 kilometers from Stuttgart. The exhibition, featuring some two hundred traditional hamsot, inspired local silversmiths to do their own creations. This example was made by Christiani Wunch and personally inscribed to Bill Gross, the lender to the exhibition. 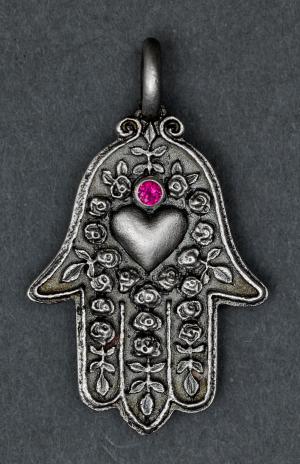 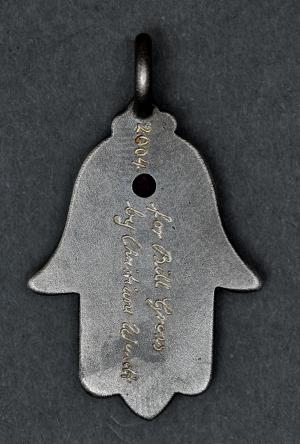