One of the irregularly-shaped hamsas from the rural areas, this example is an almost rectangular shape, with three schematic fingers below. The bottom corners represent the other two fingers to complete the five. The red stone has amuletic power as does the crescent inscribed below it for protection. The eye is itself an antidote against the “evil eye”.The red stone was often used on amulets for woman who wished to become pregnant. 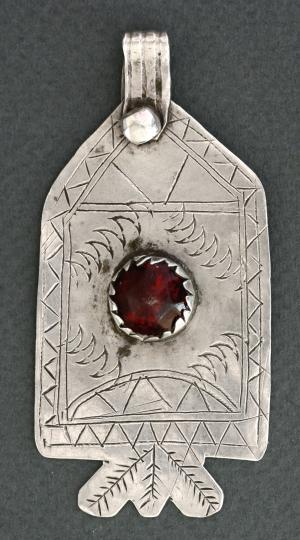 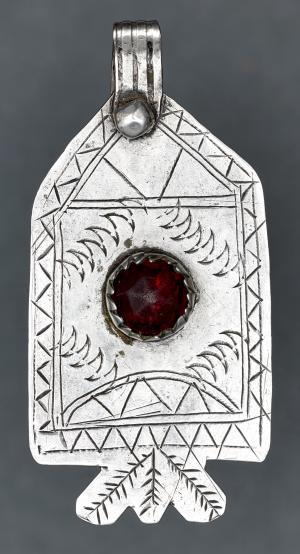