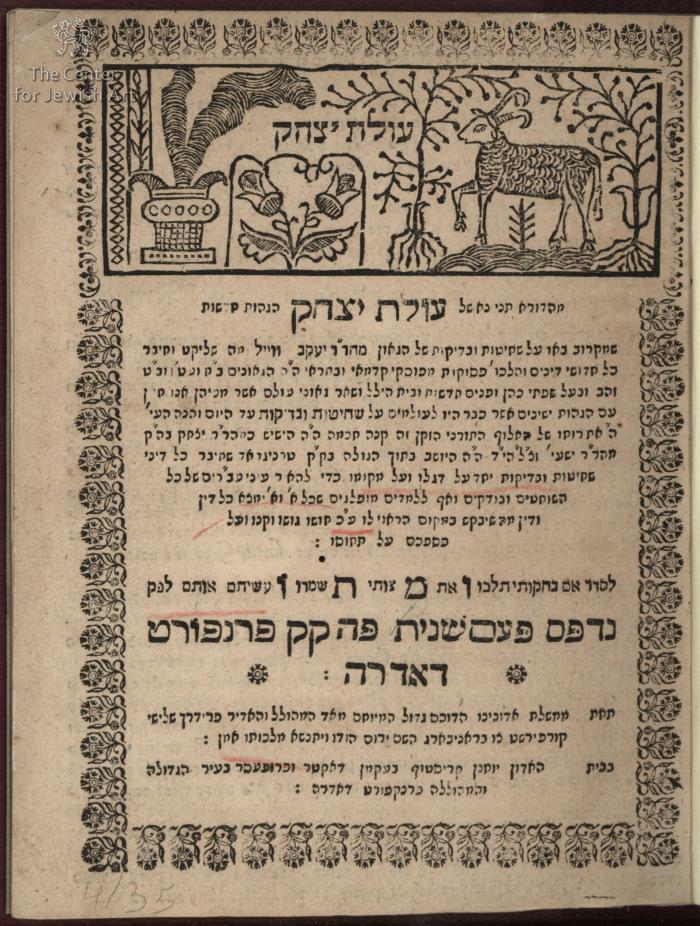 This book is a commentary on the laws of ritual slaughter and the examination process. On the title page is a charming illustration of the sacrifice of Isaac, or Yitzhak, a reference to the name of the author of the book. This book was published in six editions in three cities, all in Germany, prior to the middle of the 19th century.
Johann Christoph Beckman, professor of Greek language, history, and theology at the University of Frankfurt am Oder, operated a printing press in that city from 1673, and began issuing Hebrew books in 1677. After finding that his responsibilities at the university left him with insufficient time to manage his press, Beckman contracted with Michael Gottschalk, a local bookbinder and book dealer, to manage the printing house. All of the typographical equipment and material was transferred to Gottschalk. Their arrangement was noted on the title pages of the books issued by the press, which stated “with the letters of Lord Johann Christoph Beckman, Doctor and Professor…at the press of Michael Gottschalk.” 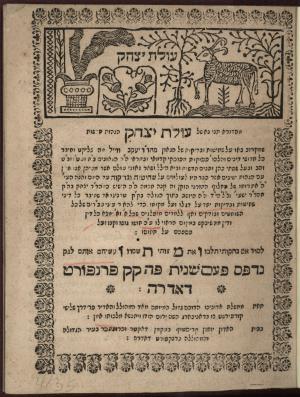