Birkat HaMazon [Blessing of the Meal], as customary in Ashkenaz and Poland. Includes Passover Haggadah and woodcuts. Amsterdam, [1723]. Printing press of Yitzchak ben Ya’akov of Cordoba.
Birkat HaMazon with traditional Shabbat songs, prayers and blessings for holidays, wedding, circumcision and cemetery. Passover Haggadah – printed according to the 1722 Amsterdam Proops edition; Illustrations are identical as well.
Birkat ha-Mazon with numerous woodcuts showing Jewish ceremonial life, and historiated initial letters with various themes. The volume’s text is according to the custom of Germany and Poland, and includes, in addition to the Grace after Meals, Sabbath hymns, prayers before retiring, Birth, Marriage and Death rituals, and a Haggadah for Passover.
71 leavesOtzar Ha’Haggadot 145. (Possibly Haggadah mentioned in Ya’ari 93 according to Weiner 77).
Isaac Hezekiah ben Jacob de Cordova came from a Sephardic family with a printing trade tradition. His father Jacob Chaim de Cordova was born in Brazil, and following his arrival in Amsterdam learned the the printing trade and worked at several Jewish presses there. From c.1706 Isaac printed Hebrew and Spanish books at his own press. In 1709 he moved his press to Hamburg where he purchased some more printing equipment. He printed a total of 6 works in Hamburg before returning to Amsterdam and resuming operations there in 1714. He remained in the printing business for a further 15 years, until 1730, both printing and selling books. From time to time he printed in Yiddish as well. 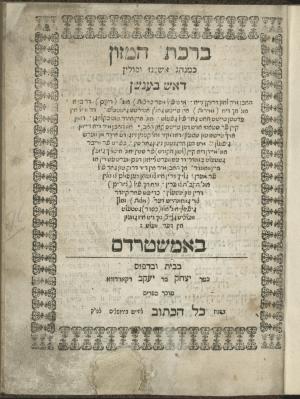 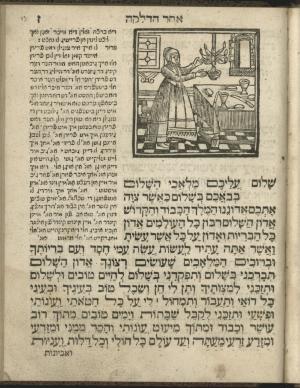 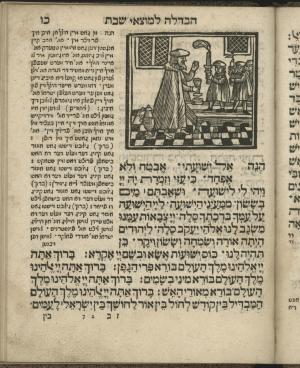 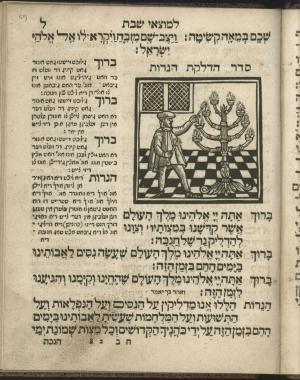 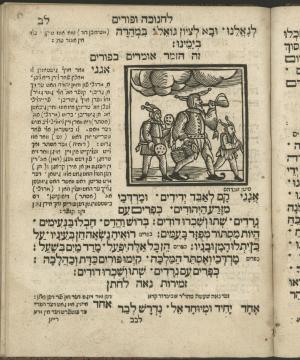