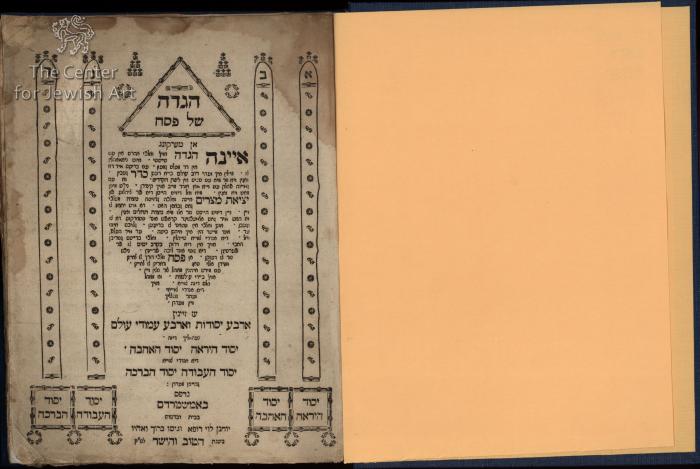 One of several Yiddish translations of the Haggadah that appeared in Amsterdam in the second half of the 18th century. This version was published simultaneously in Hebrew with the same commentaries.
The translator, Elhanan ben Moses, writes on the title his motive for his work: “I see most people sit at the Seder reciting the text as written, only in the holy tongue, so that the common folk, be they man, wife, or children, do not know what they say.” The commandment to recite the story of the Exodus from Egypt is so important, he continues, that it must be rendered intelligible in order to be fulfilled properly.
Title page with typographic ornament.
Yochanan Levi Rofe was the son of printer Naftali Hertz Levi Rofe, who operated an Ashkenazic press in Amsterdam beginning in 1726. In 1770 Yochanan set up his own press in partnership with his brother-in-law Baruch and Baruch's brother. They printed in partnership (mostly prayerbooks) until 1786. Later, in 1788-1793, the press was operated by Yochanan and Baruch alone. From 1789 they printed catalogues of books for sale. From 1797 to 1827, the press operated under the ownership of Yochanan and his son Binyamin.
Haggadah shel Pesach: Arba Yesodot VeArba Amudei Olam. Amsterdam 1783. Haggadah shel Pesach Arba Yesodot VeArba Amudei Olam: Yesod HaYirah, Yesod Ha'Ahava, Yesod Ha'Avodah, and Yesod HaBracha. Explanation and laws collected and translated in Yiddish, by Rabbi Elchanan Shneitich of Hague. Approbations from Rabbi Shaul of Amsterdam, Rabbi Shaul of Hague, and Rabbi Arye Leib of Rotterdam 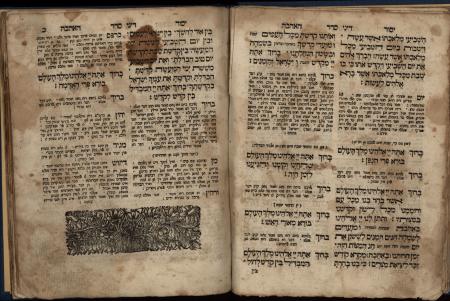 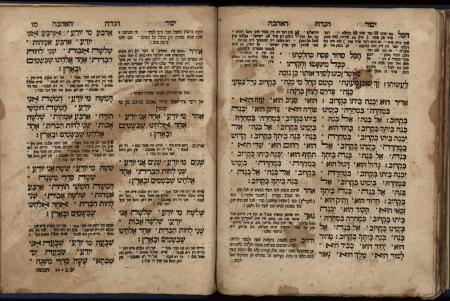 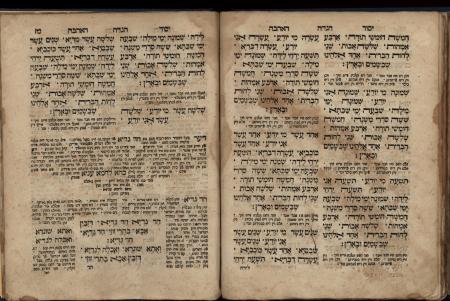