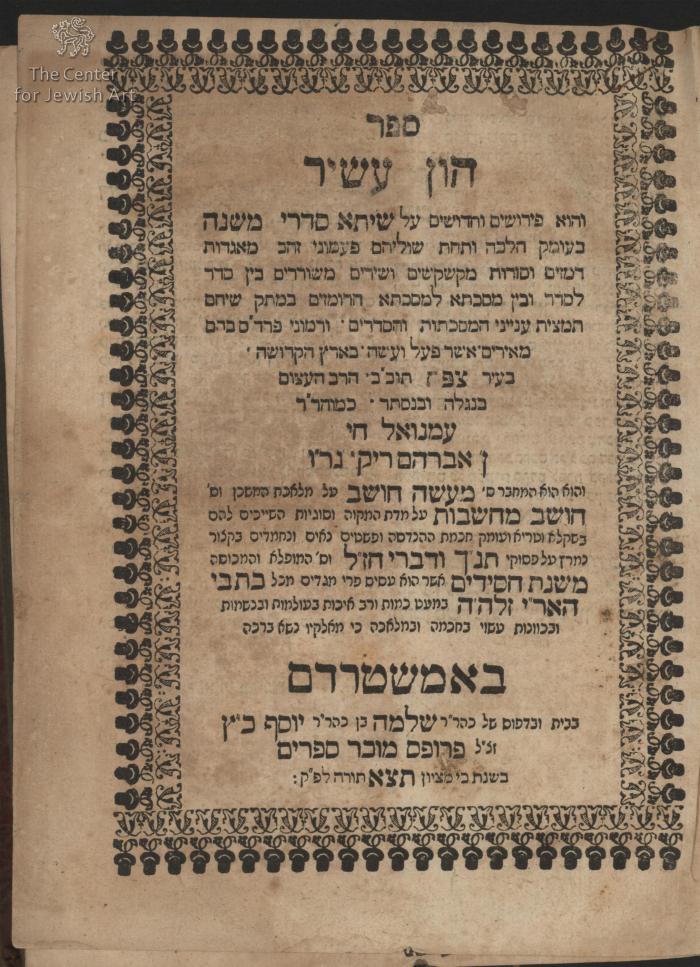 This is the first Hebrew book to include music notes for a Jewish song (the song was later reprinted in Sefer Ha-Nigunim (Chabad) by R’ Shmuel Zalmanov, Brooklyn 1958).
A “public notice” was published in Venice in 1716 announcing that Kabbalist Rabbi Emanuel Chai Rikki [the author] was on his way to Eretz Israel, and he wanted to print his Dikdukei Aniyu’ commentary on the mishnayot. The printers included samples of the first chapters of the commentary of Tractate Brachot. However, the book was not printed in Venice. It was only printed 15 years later in Amsterdam, and its name was changed to Hon Ashir – this work.
The work includes kabbalistic commentaries, many sketches, and poems on the last two leaves. Music notes were included for one song regarding “Shabbat, circumcision and phylacteries with kavana”.
The press set up by Solomon Proops became the most famous of all the presses operating in Amsterdam in the 18th century, apart from the Menasseh ben Israel press. Solomon's father Joseph came to Amsterdam from Poznan. Solomon Proops was initially involved in the bookselling trade, and in 1677 was admitted to the Amsterdam Guild of Booksellers, Printers and Bookbinders. In 1704 he set up his own press, which was to become the longest operating and most productive of all the Jewish presses in Europe in the 18th C. He acquired the fame of a printer who produced beautiful books that could be bought at a reasonable price. 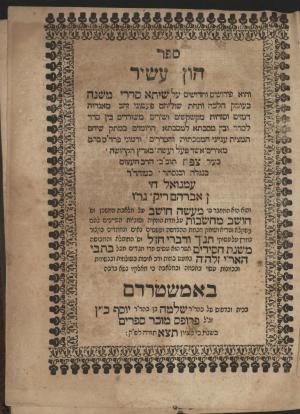 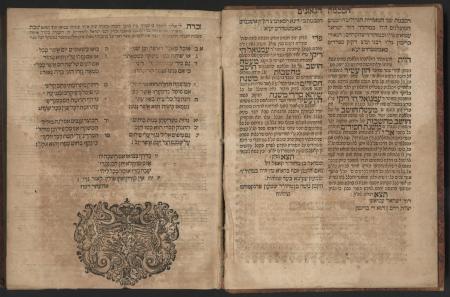 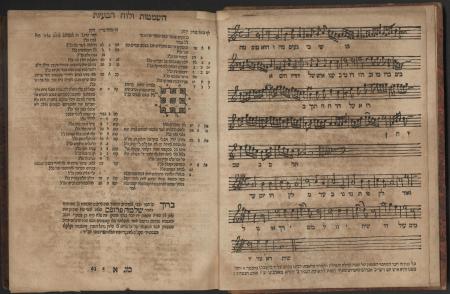