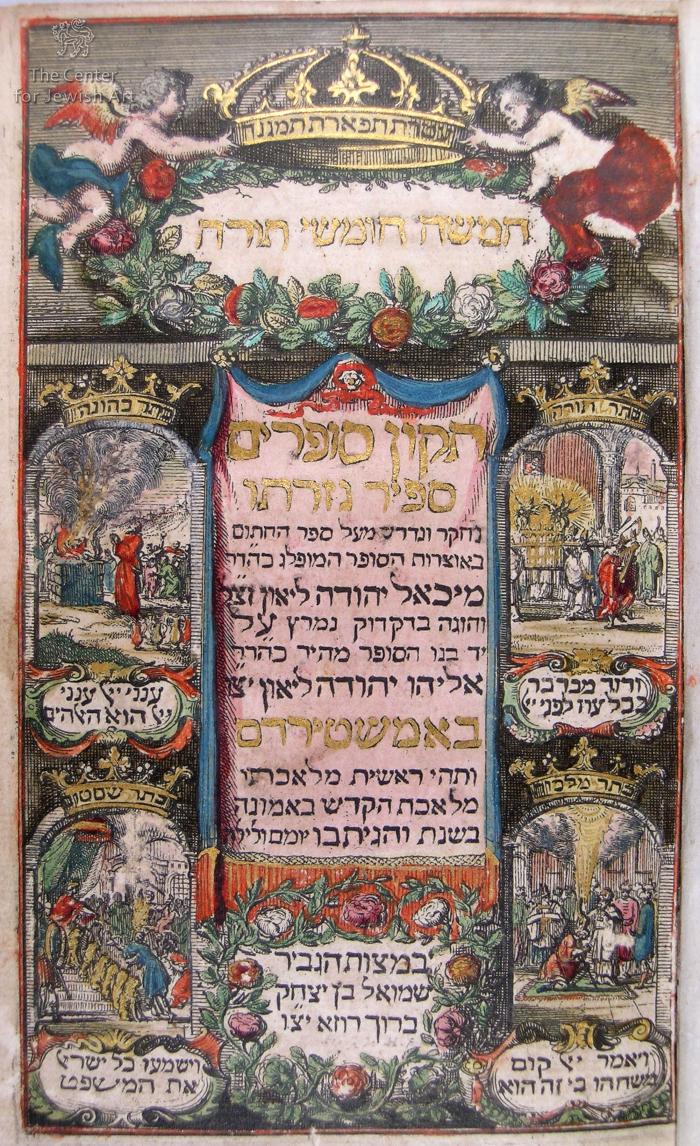 In 1666 there was a great commotion in the Jewish world as a man, Shabbetai Tzvi, a Sephardic Rabbi and kabbalist born in Smyrna, proclaimed himself to be the messiah. With all the terrible troubles that beset the Jewish people in the middle of the 17th century, the hope that he was the true messiah took root. Many Jews enthusiastically embraced him, and began to prepare for the End of Days. When, in 1667, he converted to Islam rather than face martyrdom, the disappointment and shame of those who had believed in this false messiah was palpable.
The phrase on the closing page of this Bible, "Chazak u-Nitchazek" ["be strong and we will be strengthened"] was a popular cry of the Sabbatean messianic movement at the time, and thus hints at the Sabbatean leanings of the book’s publisher.
The title page, printed with woodcuts of biblical stories, was beautifully hand-colored and gilded at the time of its production. At its top are four crowns, clearly labeled: the Crown of Torah, the Crown of Priesthood, the Crown of Kingship, and a rare addition: the Crown of "Good Name". The book is bound in a fine contemporary leather binding with gold tooling. The quality and ornateness of both the volume and its cover exemplify the type of objects demanded by the wealthy and successful Sephardic community in Amsterdam at this time.
David de Castro Tartas, active from 1662 - 1698, published close to 70 books in Hebrew and a number in other languages, primarily Spanish. He was the son of conversos who came to Amsterdam in 1640 via France where they returned to their ancestral faith. His brother Isaac, having gone to Racife and Bahia, was burned at an auto-de-fe in 1647, refusing to abjure his faith. David learned the printer's craft at the press of Menasseh Ben Israel, working there as a compositor. In 1662 he established his own press, in competition with the already-active presses of Uri Phoebus and Joseph Athias.
457 pp.
Editor: Michael Yehudah Leon; Brought to Press by: Shmuel ben Yitzhak Baruch Roza 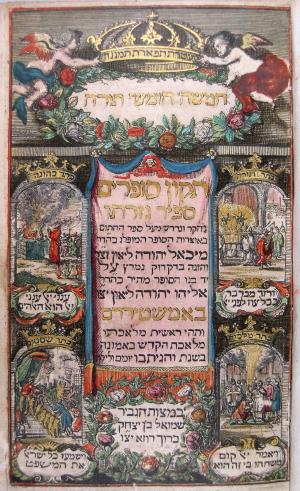 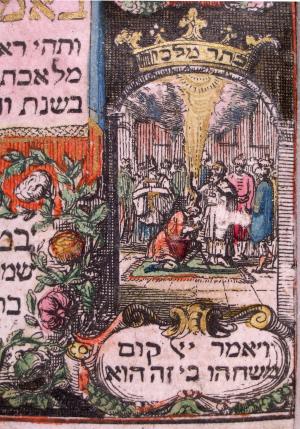 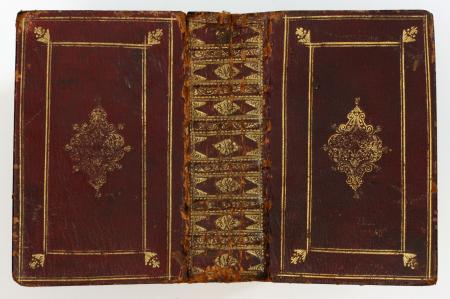 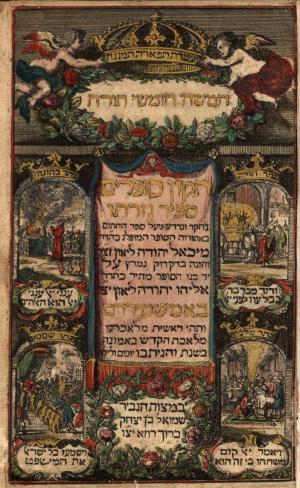 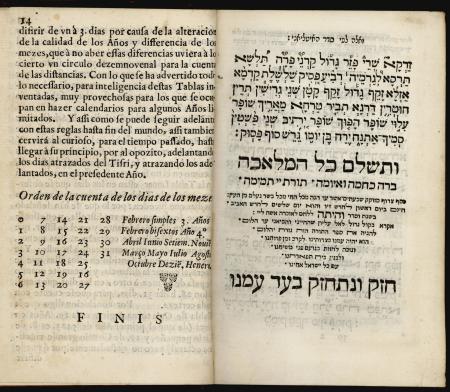 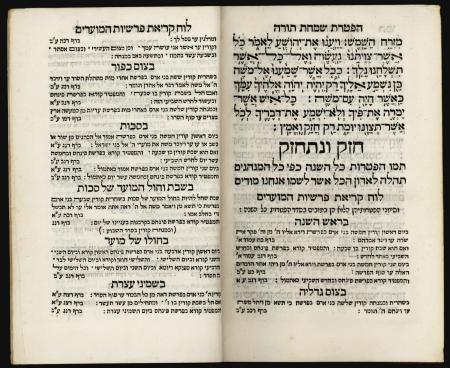 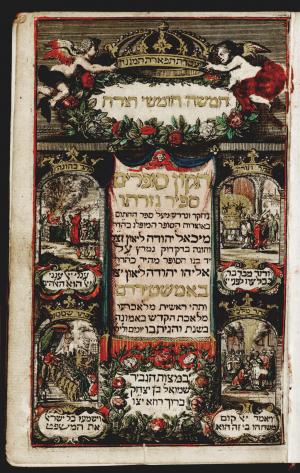 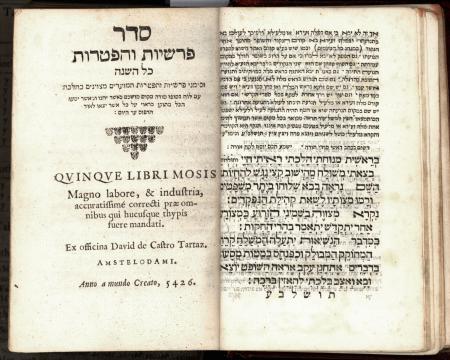 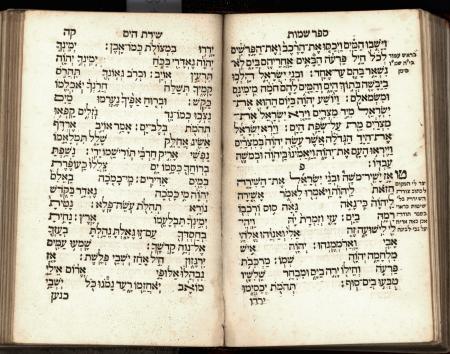 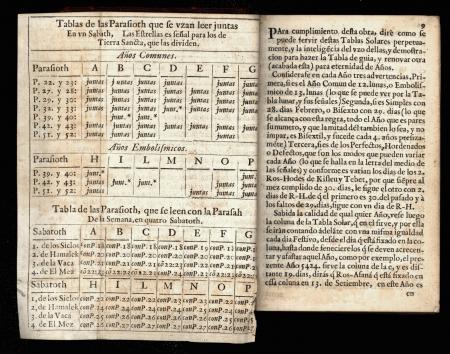