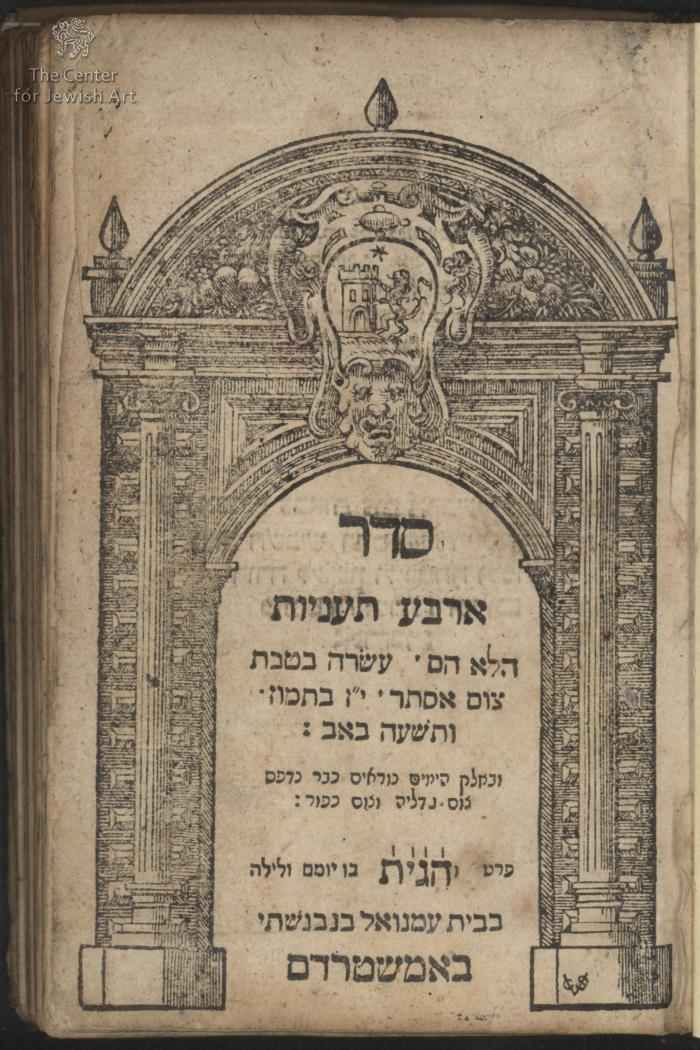 Penitential prayers (Selihot) to be said on the four fast days according to the Sephardic rite.
Architectural title page with Benveniste printer's emblem at top.
Immanuel Benveniste (also known as Manuel Benveniste) (Venice 1608 - Amsterdam c.1660) was an Italian Jewish printer in Amsterdam who printed many Hebrew works, including an edition of the Talmud from 1644-48. He was one of a number of notable Portuguese Jewish printers at Amsterdam in the seventeenth century, including Manasseh ben Israel, David de Castro Tartas, and Joseph and Immanuel Athias. Benveniste also published the sermons of Saul Levi Morteira in 1652.
Benveniste’s printer’s device (which may have been the family escutcheon), seen at the top of this book's title page, shows an upright lion facing a tower with a star above. Apparently, later printers often “borrowed” this mark for various reasons. The first to do so were Ben Judah ben Mordecai of Posen and Samuel ben Moses ha-Levi, Ashkenazic printers who had previously worked for Benveniste. In their case, Benveniste presumably allowed them to use the mark, perhaps as a show of support for his former employees. 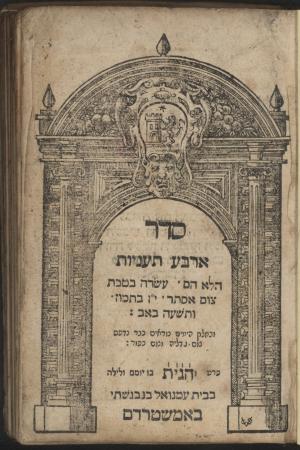 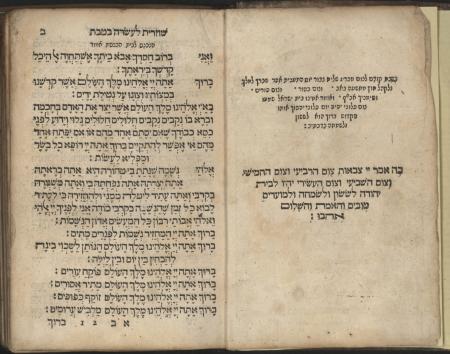 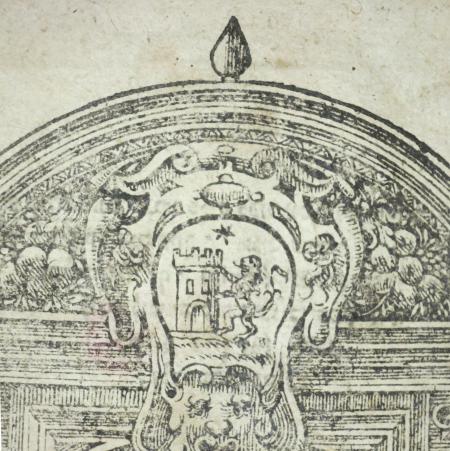