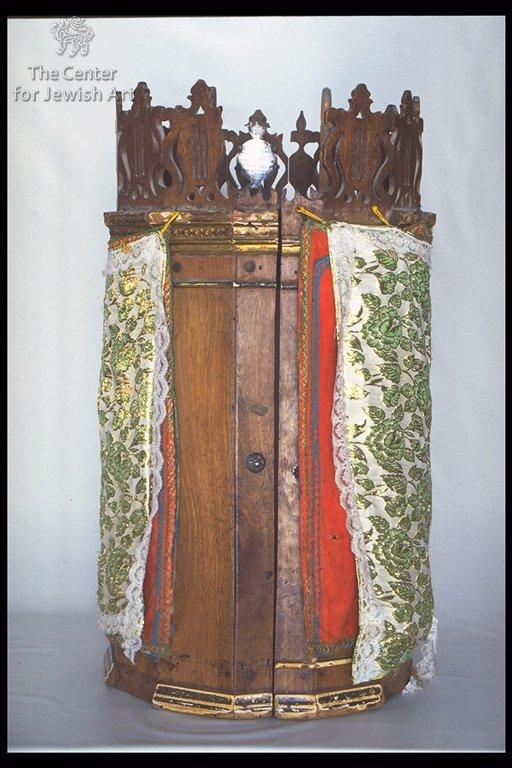 The case is divided into two vertical halves at the centre of its front facet, while the back facet is separated and attached to each half by hinges. The body comprises thirteen framed facets and is encircled at its upper and lower edges by two pairs of stepped strips, creating two friezes. The upper frieze is decorated with a band made of gold painted gesso, depicting a pattern of flowers. Fourteen knobs for hanging the Torah wrapper are set on the upper frieze.

The open-work coronet comprises thirteen units, which continue the body's facets. Each unit is formed as a lyre, enclosed within an arch formed of two scrolls.

The inner face of the Torah case is of plain wood. Each half bears a double shelf and a rectangular opening at the bottom, for inserting the hands while raising the Torah. Additional double shelf is set at the top, and is blocked by a bar with four holes.

A silver dedicatory plaque is attached to the back of the coronet. It is shaped as a medallion, topped by an open hand (hamsa), while its bottom is formed as a fish tail. The inscription is engraved in Hebrew square linear letters and reads:

"This Holy Torah scroll, which belongs to Rabbi Mordechai son of Moses, was written on a parchment made of deer and gazelle's skin (see: Remarks: no. 1). The nouns were written while fasting and after a ritual immersion. (It was dedicated) for the repose of his daughter Mrs. Ğazala, and completed on the 23rd of Sivan, the year 656 (4.6.1896), her memorial day, may her soul be bound in the bond of life, next to your brother(?)." 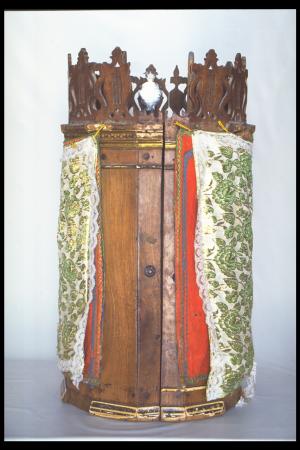 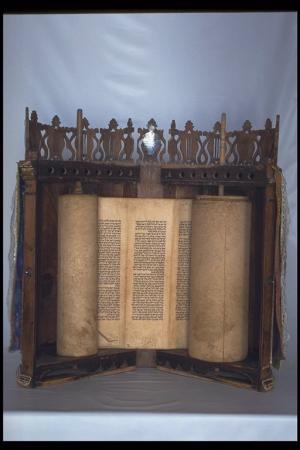 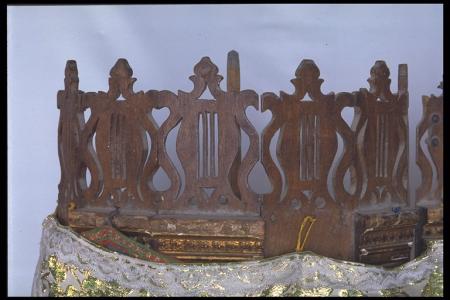 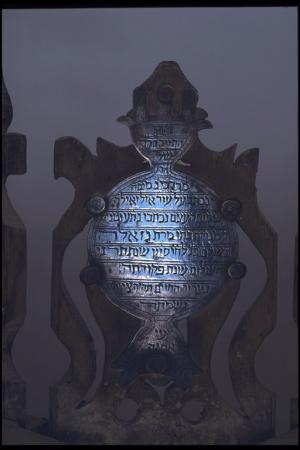 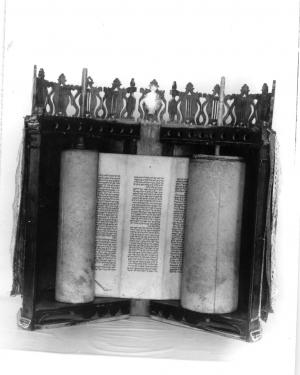 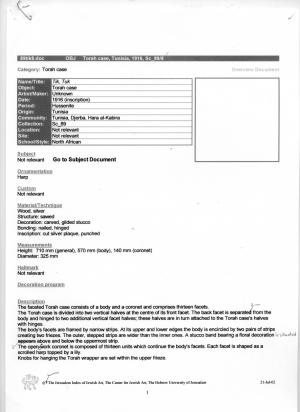 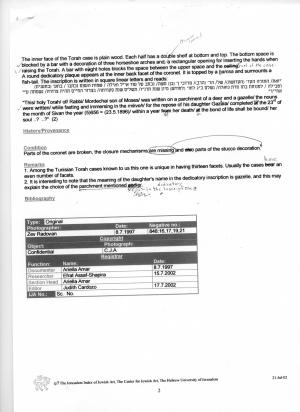 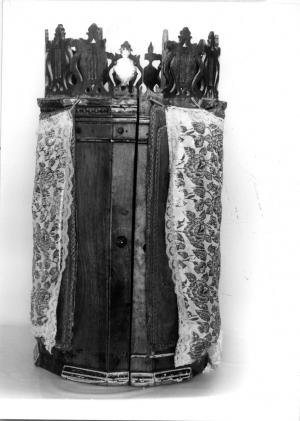 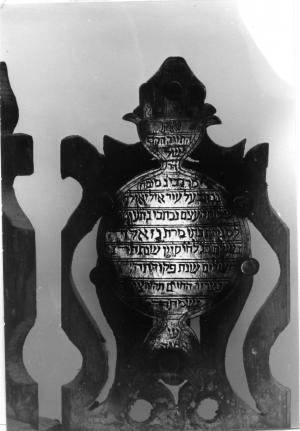 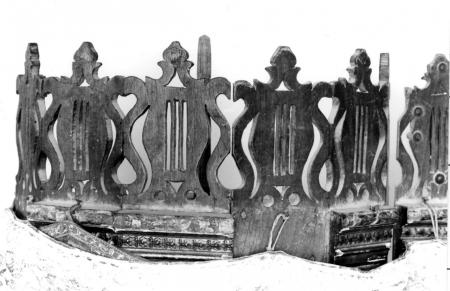 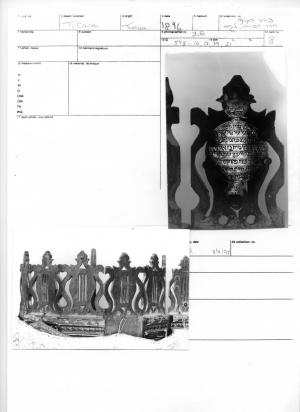 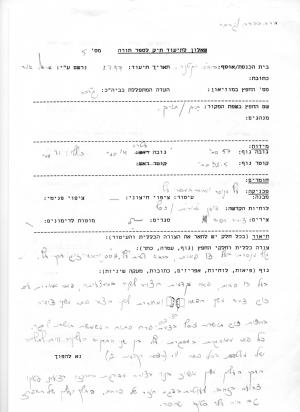 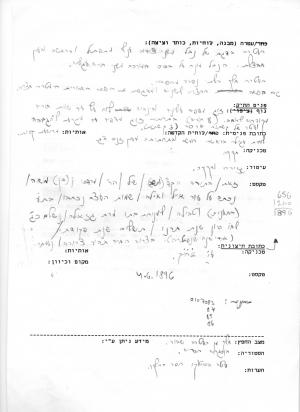 1. The dedication indicates that the Torah was written on a special parchment made of gazelle skin, in order to relate to the daughter's name Ğazala, to whom it was dedicated.