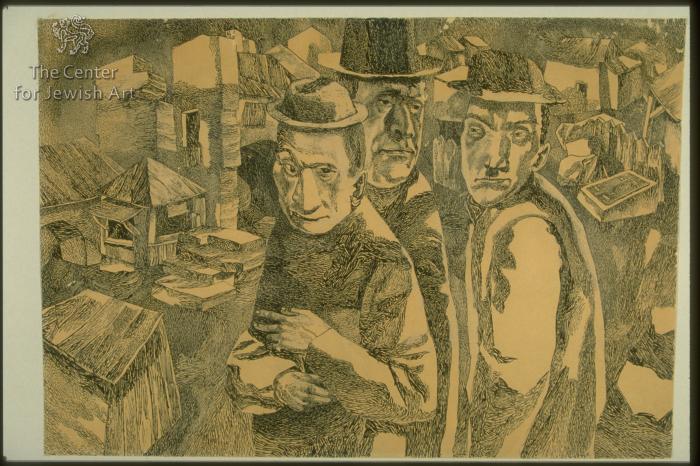 © Center for Jewish Art, Photographer: Radovan, Zev, 09.1995
Half-figures of three Jews are represnted in the central foreground. The first Jew standing to the left is shown in a slight turn to the left with his hands pressed to the body as though he wraps himself in a coat. He wears a round patty hat and has a bony, strangely distorted face. The left eye under the raised eye brow is large and squint while the right one is small and dark. The wide nose is protruding above the thin streched lips.## The second personage stands to the right. His figure is depicted in left profile, but his face is turned to the viewer. He wears a coat and a round hat. The eyes are put widely on his elongated face, the nose is crooked rightwards above small moustaches, and his thin lips are also pulled to the right.## The third Jew stands in the center behind the first one in a three-quarter turn to the right. He wears a tall hat and has a heavy chin, a large nose and small eyes. The houses and fences of a shtetl are seen behind the figures. The houses, built of monolithic stone blocks, have rough forms and seem partly ruined and uninhabited.
Summary and Remarks 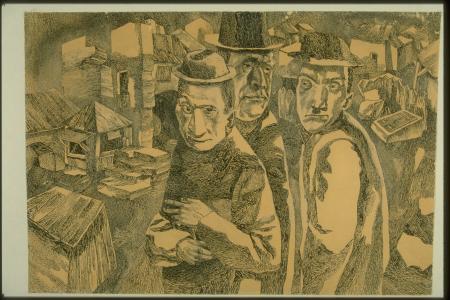