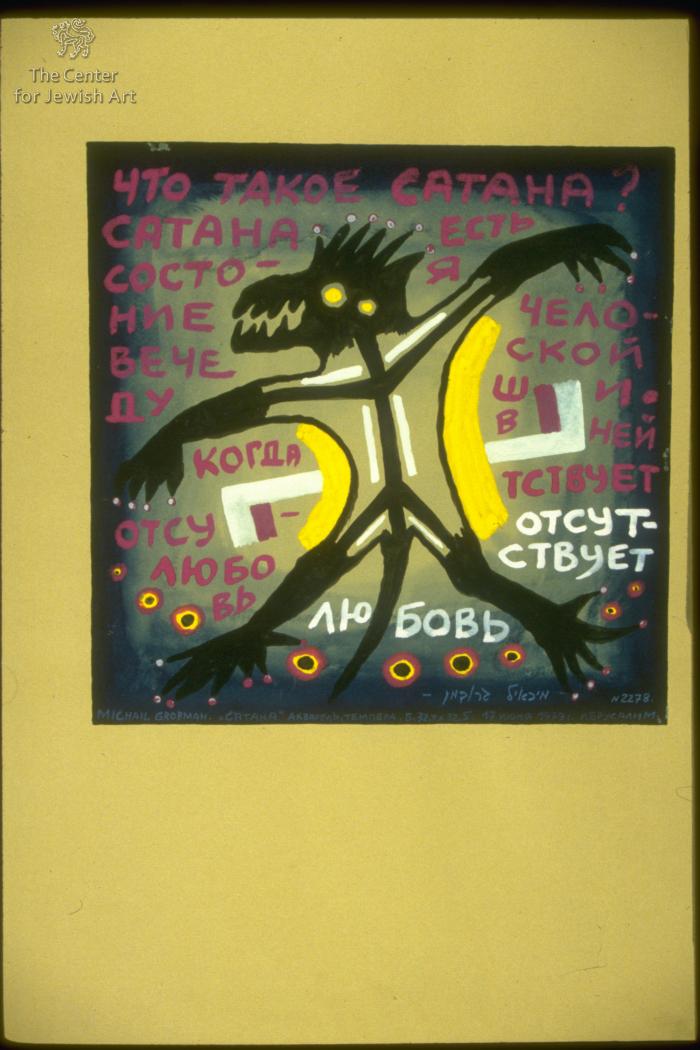 © Center for Jewish Art, Photographer: Radovan, Zev, 02.1994
Most of the composition is occupied by a silhouette of fantastic figure with spread arms and legs. It is depicted in full-length, in profile, facing left, and reminds a human figure. It has a gray body with black skeleton depicted by one line and ending with a tail. Two yellow eyes depicted on face ( one eye is a more another) are set on its head with big sharp-toothed jaws and comb resembling six-cogs crown. The body of the figure is outlined with thin black contour repeated with wide yellow strips on the right and on the left. White lines are shaded the skeleton along its edges. White and lilac geometrical figure reminding one part of swastika is depicted behind the body. The text explaining the meaning of the image is placed around the figure of Satan over the gray background: Chto takoe Satana? Satana est' sostoianie chelovecheskoi dushi kogda v nei otsutstvuet liubov' [What is Satan? Satan is the state of the human soul when the love is absent]. The inscription is executed by brash with lilac and white square Cyrillic letters and is rounded up with little lilac, yellow, and black concentric circles. 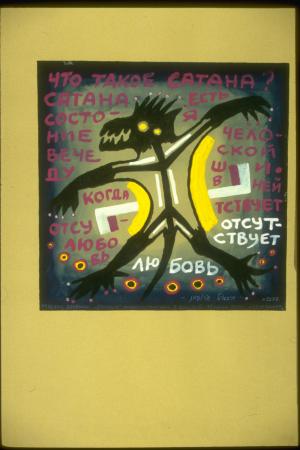