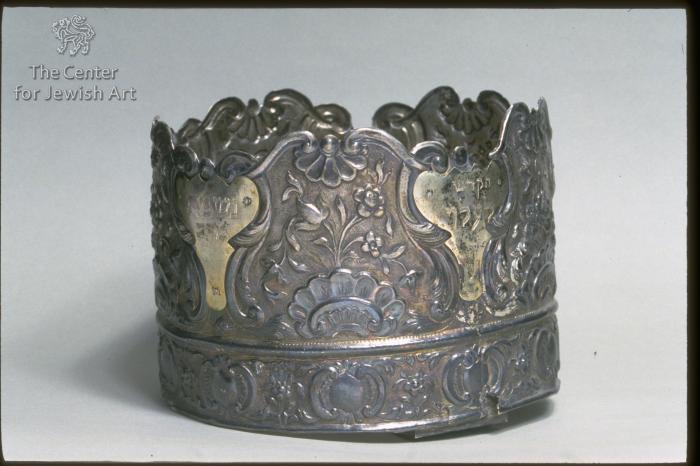 The silver cylindrical coronet is divided into two parts: a base and an upper part. The flat base is decorated with a band of ear-like shapes facing a medallion from both sides attached by three leaves. Between the medallions there is a pattern of a flower and leaves. The upper part is decorated with four smooth pair shaped medallions each is framed by scrolling stems. Between the medallions there is a bouquet of flowers set on a conch. Each medallion bears an inscription in square filled letters which reads

On the first medallion: "הקדש לעילוי" "Dedicated to the exaltation of"

Continues on the second medallion: "נשמת מרת" "The soul of Mrs."

Continues on the third medallion: "שרה בת רחל נ"ע )נוחה עדן(" "Sarah the daughter of Rachel may she rest in Eden"

The convexed lower band is decorated with two limiting raws of dots. The coronet has wavy edges decorated with a pattern of scrolls attached by a five petals flower. A bar with holes for the staves is attached across the lower part of the coronet. 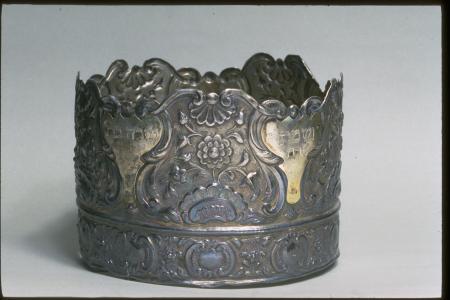 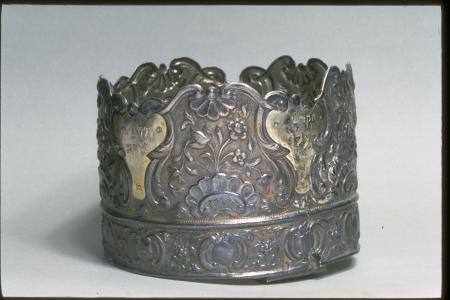 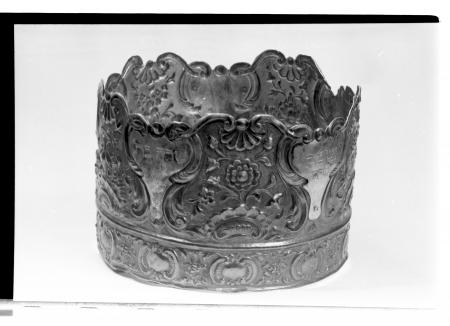 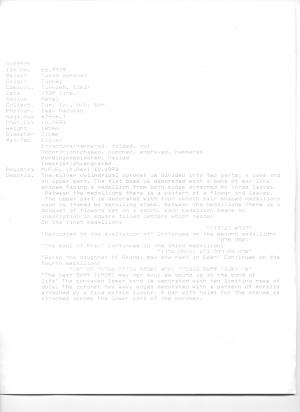 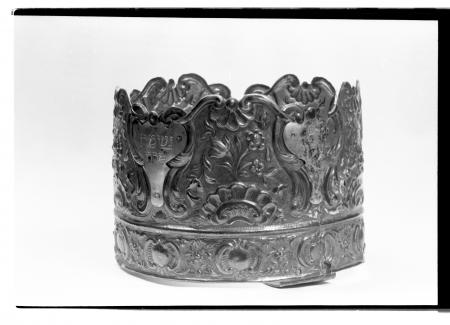 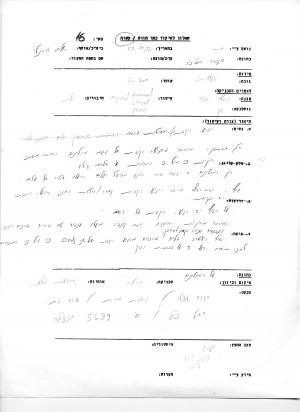