"Shortly before Rosh Hashanah 1808, one of Rebbe Nachman’s followers, the shochet (ritual slaughterer) of Teplik, brought the Rebbe an exquisitely handcrafted chair. The Rebbe asked the shochet how long it had taken him to make the chair, and he replied that he had worked an hour a day for the previous six months. The Rebbe said, “Then for half a year, you spent an hour each day thinking of me.”

During the Cossack raids against the Jews in theUkrainein the early 1920s, the chair was dismantled and cut into small pieces by Reb Tzvi Aryeh Lippel. He carried it from Tcherin toKremenchug, some twenty miles (thirty-two kilometers) distant, running nearly the entire time. The chair was deposited with the Rosenfeld family ofKremenchug.

In 1936 Reb Moshe Ber Rosenfeld brought the chair toJerusalem. In 1959 it was restored by craftsmen from theIsraelMuseum. In 1984 the chair was again refinished, by Katriel’s ofJerusalem, and placed on display in the Breslov synagogue in the Meah Shearim neighborhood ofJerusalem, where it can be seen today." 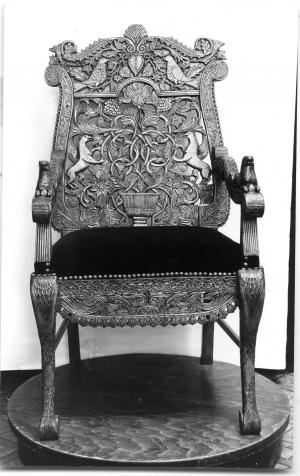 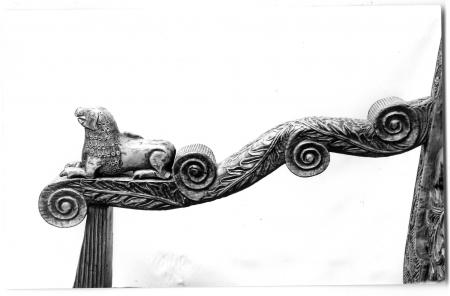 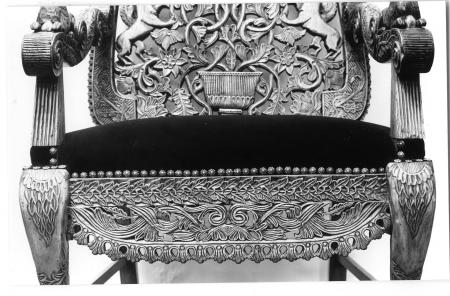 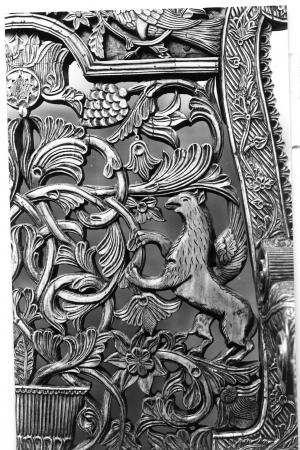 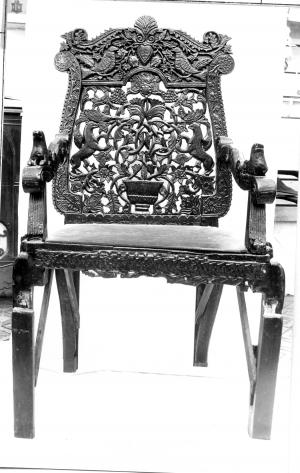 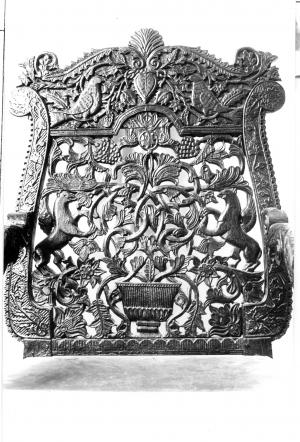 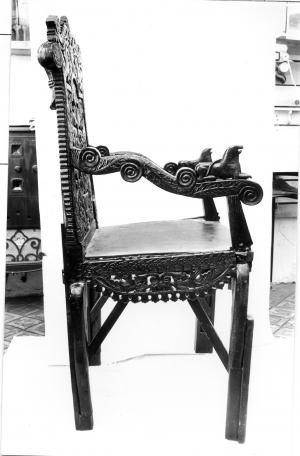